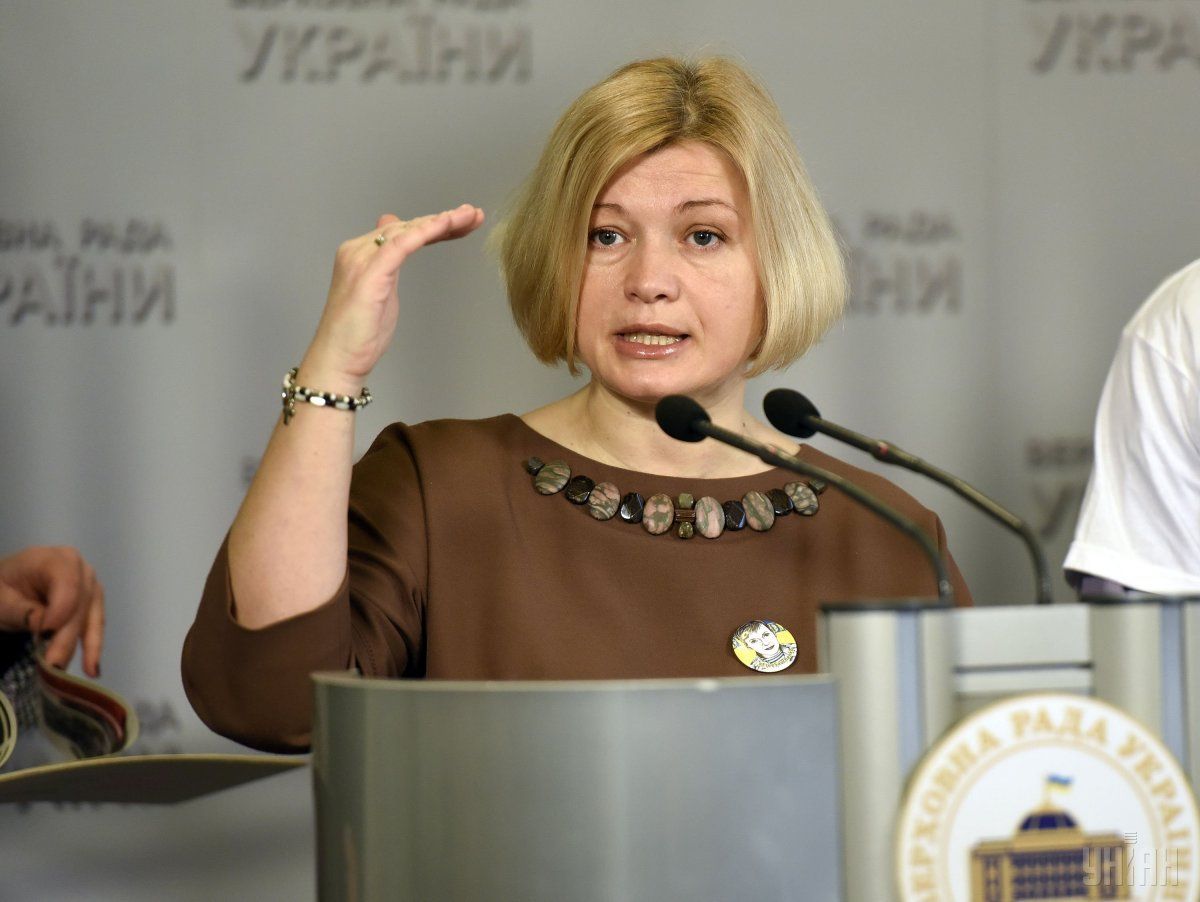 "I can see how the words of the French president on Donbas stirred the web. In fact, he did not say a single new word. This is the position of France and Germany, representing the position of the European Union: “security - elections in line with the Ukrainian legislation and international standards (which is important, and which is what Hollande said yesterday) – [control over] the border," Gerashchenko wrote on Facebook.

The first vice speaker noted that the position that Ukraine defends at all levels is somewhat different and also realistic.

Read alsoUkraine "has not received" formal invitation to Normandy Four summit – Poroshenko's press serviceShe stressed that Ukraine stands for "security (not just a week-long ceasefire but full implementation of the security bloc of measures, including the withdrawal of foreign weapons and equipment) - a humanitarian bloc (the release of all illegally detained persons, without any indecent blackmail with amnesty, which in turn should only enter into force along with the political bloc) - border (OSCE SMM should already be on the border by now!) – a political bloc (elections under Ukrainian law and with international supervision).This is what we stand for. The elections with European observers," wrote Gerashchenko.

She stressed that if the deputies and staff of the European Parliament and the national parliaments of Europe today are banned from Donbas for security reasons, there can be no talk about any elections in the area.

"So far, the political group in Minsk has reached no compromise on the modalities [of elections]. The so-called ‘primaries’ in the certain [occupied] areas of Donetsk and Luhansk regions were held on the Kremlin's scenario, not by Ukrainian laws, so any elections are out of the question in the near future," she said.

In her opinion, this is a "true realistic approach, rather than that on paper" to the conflict settlement.

Read alsoAvakov: French president "overstepping the mark"As UNIAN reported earlier, French President Francois Hollande on Tuesday, October 11, declared that he was "ready to move forward in the Normandy format", otherwise there would be a frozen conflict. He stressed that the main goal of the Minsk agreements was the establishment of peace and restoration of territorial integrity of Ukraine.

"But to this end, it is necessary to hold elections and secure this process. And in the end of this process, the Ukrainian government could regain control of its borders. In other words, the Minsk Process is a series of steps, and it is necessary to comply with each of them. First, there must be ceasefire, withdrawal, disarmament, but elections must be held afterwards," he said.