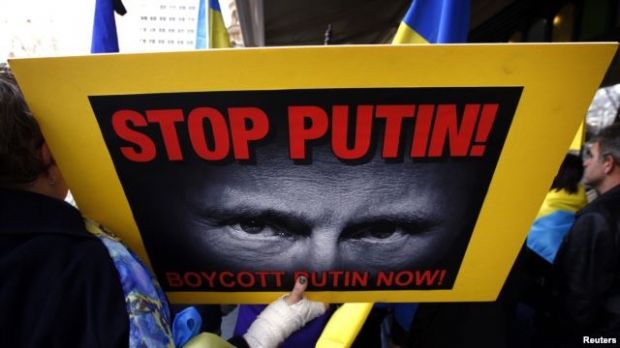 The protesters of the rally "StopPutin, Stop War" spoke up against Russian aggression in Ukraine.

Representatives of the Ukrainian and Georgian diaspora, as well as Greeks, demanded strengthening of the presence of the OSCE Mission in Donbas and the release the illegally detained Ukrainians from the Russian Federation.

Read alsoRally against war in Ukraine held in Brussels (Photos)It is noted that the activists explained the people on the streets the actual situation in Ukraine handed out info leaflets in English and Greek.