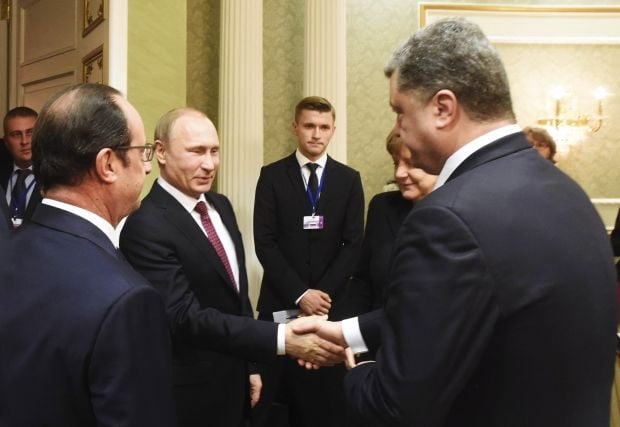 "Tomorrow the president will go to Berlin where he will hold talks with Merkel, Hollande and Poroshenko," Peskov told reporters, TASS reported.

The official stressed that Putin's decision to take part in the meeting was unrelated to the escalation of the situation in Ukraine.

Read alsoUkraine announces 'Normandy Format' meeting in Berlin on October 19"No, one cannot say so, although indeed the security situation along the demarcation line leaves a lot to be desired, and provocations continue. All this is not conducive to finding solutions to the crisis," he said when asked whether Putin's decision to take part in the Berlin meeting stemmed from the deterioration of the situation after the murder of one of the militia leaders in the self-proclaimed Donetsk People's Republic (DPR), Arseny Pavlov known as Motorola.

The press secretary stressed that Vladimir Putin was ready to do everything to push forward the Minsk process on the Ukrainian conflict settlement within the Normandy Four format.