A photo-report about developments in parliament

As UNIAN reported earlier, Ukraine`s parliament on Wednesday adopted in the first reading the anti-crisis legislation and rejected a request from President Viktor Yushchenko to release funds to pay for an early parliamentary election. Draft legislation to make available $76 million for the election was supported by 222 lawmakers, short of the 226 it needed to pass. Tymoshenko and her political force celebrated their victory. 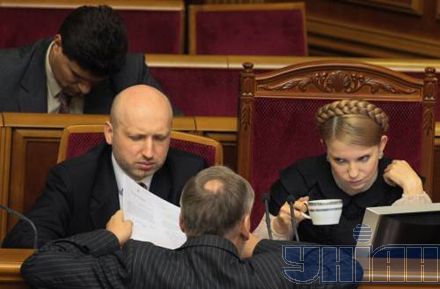