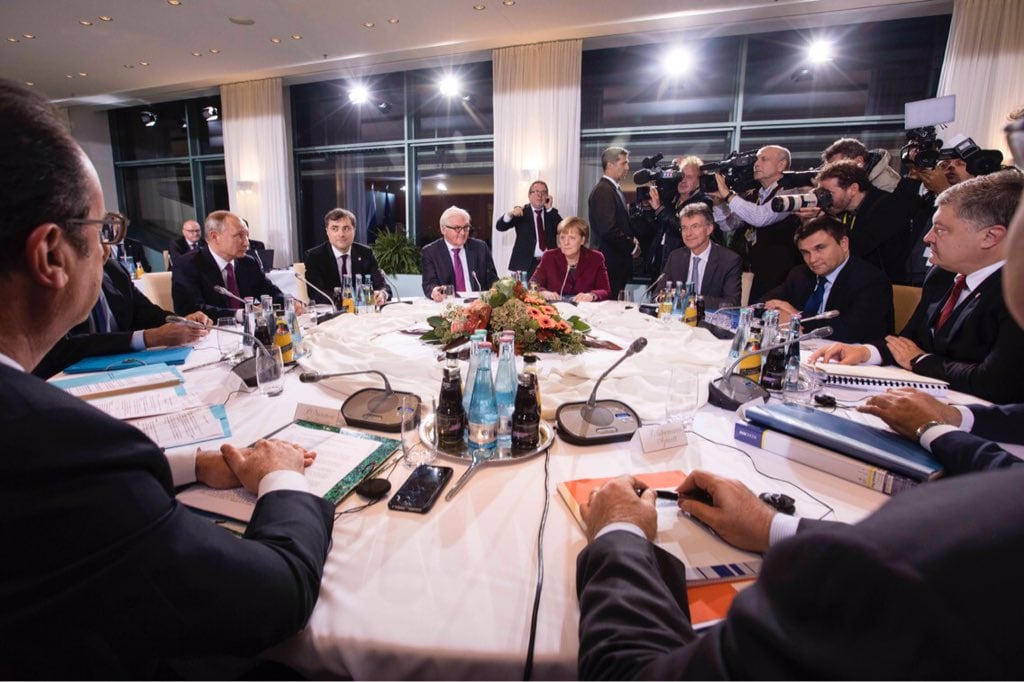 Besides the Ukrainian president, the Ukrainian side to the negotiations is also represented by Minister of Foreign Affairs of Ukraine Pavlo Klimkin and Deputy head of the Presidential Administration of Ukraine Kostyantyn Yeliseyev.

The heads of the four are sitting at a large round table along with their foreign ministers. Camera crews were not allowed at the very start of the meeting. The press was invited only after the officials had been seated at the table.

As UNIAN reported earlier, before the Normandy Four meeting in Berlin, trilateral talks between leaders of Ukraine, Germany and France were held at Angela Merkel’s residence.