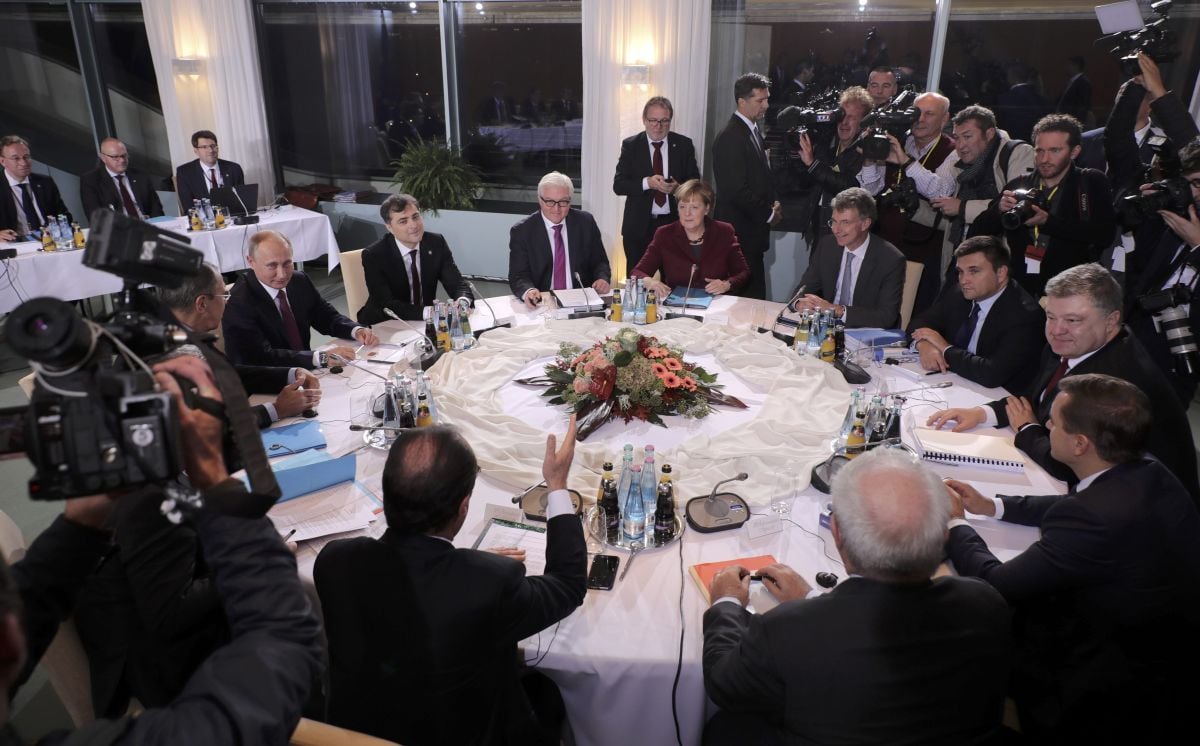 After six hours of talks on the wars in Ukraine and Syria in Berlin on October 19-20, German Chancellor Angela Merkel emerged to say the leaders "didn't achieve miracles," but the road map would enable all sides to keep pushing ahead with the 2015 Minsk peace agreement, RFE/RL reported.

The leaders also discussed creating zones of disengagement between the warring parties in eastern Ukraine, as well as measures to improve the humanitarian situation there, she said.

"It's urgently necessary to keep having such talks in order not to lose momentum," she said.

Ukrainian President Petro Poroshenko said the road map "should have the sequence of the implementation of the Minsk agreements and guarantee their implementation."

Read alsoNormandy Four talks kick off in Berlin (Photo, video)He also said they agreed to withdrawals of Ukrainian troops and Russia-backed separatists in four new areas on the front line of the fighting in Donbas region.

The leaders also agreed on deploying an armed police mission in eastern Ukraine, allowing monitors from the Organization for Security and Cooperation in Europe (OSCE) to be armed and given unimpeded access in the region.

The OSCE said in May that it would consider sending an armed mission to help conduct elections in separatist-held areas.

Poroshenko said that Germany, the current chair of the OSCE, would present the mission proposal to the organization.

But he said elections in Donbas would not occur until all foreign forces are withdrawn.

Separatist violence erupted in eastern Ukraine in 2014 and has killed 9,600 people so far despite the Minsk cease-fire deal.