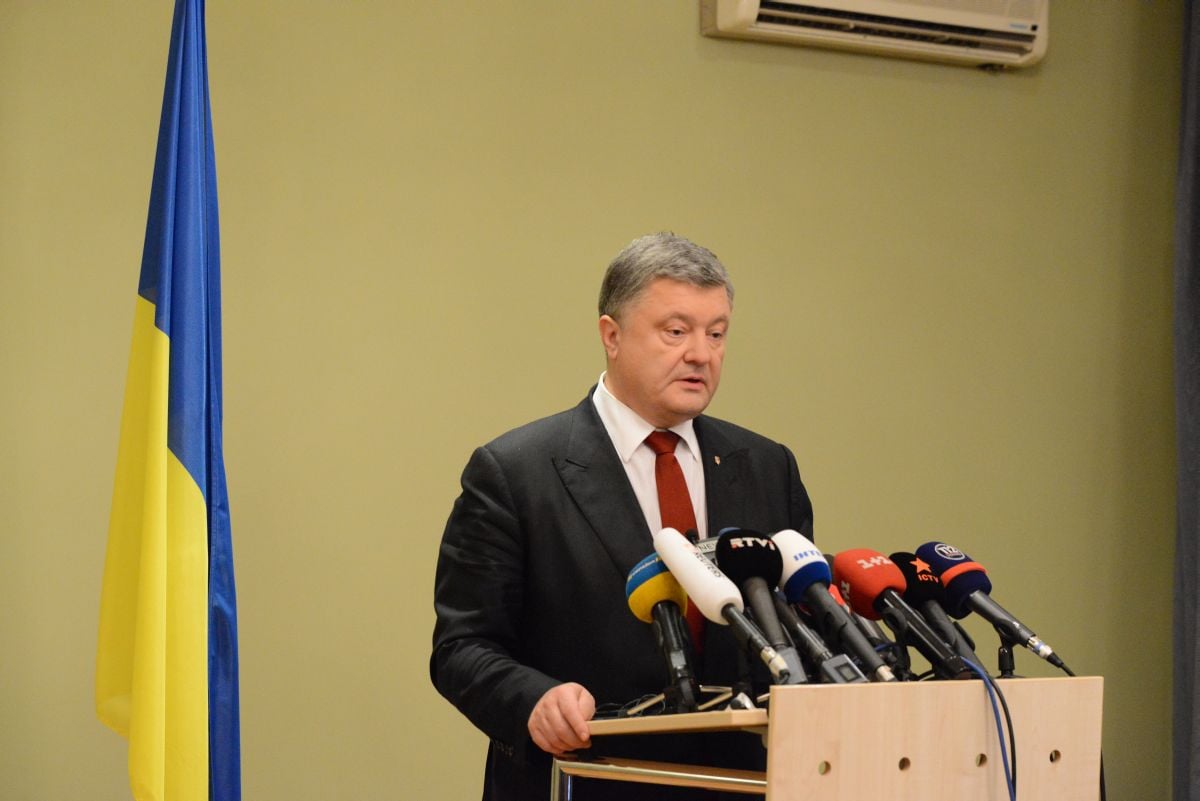 Position No.2 We must develop and approve a working road map. This is a Ukrainian offer, it was first supported by our German and French partners, and today all the proposals on the establishment of the road map have been approved in the Normandy format.

Instructions were given for the foreign ministers to approve the base of the roadmap draft at their meeting by the end of November so that we could give basic points this map should contain.

The most important thing The road map is a document on the implementation of all Minsk agreements. It includes both the agreement of September 5 and the memorandum of September 19, including the border, which is an integral part of this document and approved by a resolution of the Verkhovna Rada, as well as the document of February 12, 2015.

The lion's part of the discussion, which took almost four hours, was devoted to security issues. It was clearly stated that all the components of the Minsk agreements on security are part of the roadmap and the implementation plan. It includes withdrawal of foreign troops and unhindered access of the OSCE Special Monitoring Mission to the whole occupied territory: both to the contact line, and  the locations where the equipment is withdrawn, and the uncontrolled section of the Ukrainian-Russian border.

We also agreed that no one would interfere with the OSCE activities and with preparations for the upcoming local elections (which will be held) when the security conditions let us hold such elections.

We are now trying to ensure deployment of an armed, i.e. police mission of the OSCE that will ensure security both during elections and the transition period. I would like to separately note that the Russian side also supported the need for the introduction of the OSCE armed police mission.

We have separately discussed preparations for the elections and agreed to continue preparation of the concept of electoral legislation, its implementation, and the so-called Steinmeier formula [provisions of Minsk agreements shall be fulfilled in parallel lines rather than in a sequence] at the expert level and at the level of working groups. There are positions that must be part of the process of recognizing the elections as valid, as such that represent the free will of citizens.

Ukraine’s position All foreign armed units must be withdrawn from the occupied territories before the elections, which is a prerequisite for carrying out the electoral process. And we hope that the OSCE’s access to the border, including the establishment of posts, will also help to enhance safety.

Ensuring comprehensive and immediate ceasefire was noted. We have agreed that after the disengagement in the previous three areas – Zolote, Petrivske and Stanytsia Luhanska – the OSCE 24/7 permanent monitoring posts should be set up there. And after that, we will begin negotiating the next four areas of disengagement.

I want to emphasize that the Ukrainian side insisted that Debaltseve should be among these four areas, as a place where we need to ensure the demilitarization of the area, since under the memorandum of September 19, this area was under the control of the Ukrainian military until February 12 and we believe that this will greatly facilitate the process of de-escalation, and it will be quite effective.

Humanitarian bloc The parties supported the Ukrainian proposal for free access for the International Committee of the Red Cross (ICRC) to all illegally detained persons. We think that this will improve humanitarian conditions, in which the Ukrainian hostages are kept in the occupied territory. We hope that we will be able to put on the agenda the question on the [Ukrainian] detainees in the Russian Federation, at least, we noted this separately.

Later, we will have a separate statement that we insist on immediate release of all hostages in an all-for-all format, and I am sure that this should finally provide another boost, as this process – [due to] inaction of the Russian side - was stopped for a very long time.

We agreed that the ministers will meet again within a month to sum up the results for our next meeting.

Answering a reporter’s question on whether any documents were signed during the meeting We have not signed any documents. Four members of the Normandy format agreed that we should concentrate only on the development of a full-scale road map, which will consist of three parts: the first – security part, the second – political part, and the third – humanitarian part. Everything that I told you is an integral part of the road map, which we have agreed. No documents were signed and we had not planned to sign any.

Responding to a journalist's question whether the parties discussed prospects of the release of Ukrinform reporter Roman Sushchenko: We recalled all the hostages who are illegally detained on the territory of the Russian Federation, including Sushchenko, Kolchenko, Sentsov, and many others. But we also spoke about those hostages who were detained in the occupied territory. We have noted that an unimpeded access of lawyers, consuls and representatives of the ICRC must be ensured firsthand.

Answering a journalist's question on when the local elections are to be held [That will happen] when the road map is drafted. I am a categorical opponent - and today it was emphasized - of pulling out [of the whole context] political provisions and presenting them as if Ukraine allegedly must fulfill them. As of today, the Minsk agreements are a integral document. And when we talk about the road map, it provides for consistency and guarantees.

We have a date for elections and the conditions under which they must be held – these are security issues, the ceasefire, the withdrawal of foreign troops, the observance of the disengagement process, unimpeded access of the OSCE, and the release of the hostages. And then, during the preparations for the elections, the regime of handing over the power to the legally-elected representatives of Donetsk and Luhansk regions and the devolution process must be clearly written down.

We spent a lot of time on discussing these details. This is the thing that each component of the road map must be clearly tied, approved, promulgated and the public shall have the right to know the details. I emphasize that six months ago, no one wanted to discuss any road map. This is about a firm insistence of the Ukrainian side that every event must have its date and people responsible for it. That is, after it [the road map] is prepared at the expert level, after it is proposed at the ministerial level and approved by the leader.

Responding to a journalist's question about the deadlines of the roadmap We agreed that it should be approved at a ministerial meeting and that it should be held in November. This is an optimistic scenario, but we have to put forward a rigid schedule, because every day Ukraine pays price too high for such delay. We do not expect that the ceasefire will be implemented in a month. We noted that work on the preparation and implementation of a comprehensive and immediate ceasefire should be done within days.

The original text of the briefing in Russian was published by LIGA.net.