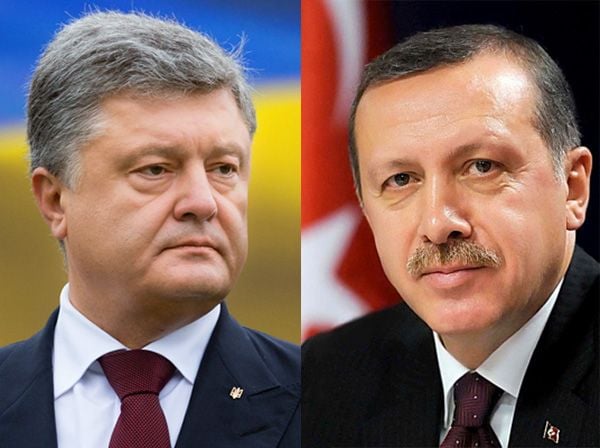 Petro Poroshenko has congratulated the Turkish people with the upcoming ninety-third anniversary of the proclamation of the Republic of Turkey.

President Poroshenko informed the Turkish leader on the increase of the period of a visa-free stay for Turkish citizens in Ukraine from 60 to 90 days during the 180-day period. A similar decision with regard to Ukrainian citizens was taken by the Turkish Government earlier. Poroshenko called this an important step in the development of interpersonal relations and economic ties between the two countries.

Read alsoFriendship with Turkey "conditional": Kremlin reacts to Erdogan’s words on CrimeaAlso, the sides have condemned the human rights violations in the Russian-occupied Crimea. President Erdogan has once again stressed Turkey does not recognize the results of Russian parliamentary elections in the occupied peninsula.

The parties agreed to step up negotiations on a free trade area and discussed the procedure for further contacts at the highest level.