With world leaders repeatedly claiming that Russia should be investigated for the war crimes it commits in Syria, and Russian ambassador effectively uses his privilege to veto UN resolutions to stop the bloodshed, Ukraine's Foreign Ministry and Ukraine Crisis Media Center have come up with a new infographic, which purports to show another aspect of Russia's role in Syria and Ukraine wars, Ukraine Today reports.

"Russia absolves its proxies and regimes it supports from responsibility for their atrocities against civilians. This must amount to a war crime," say the Ukrainian diplomats and public activists. 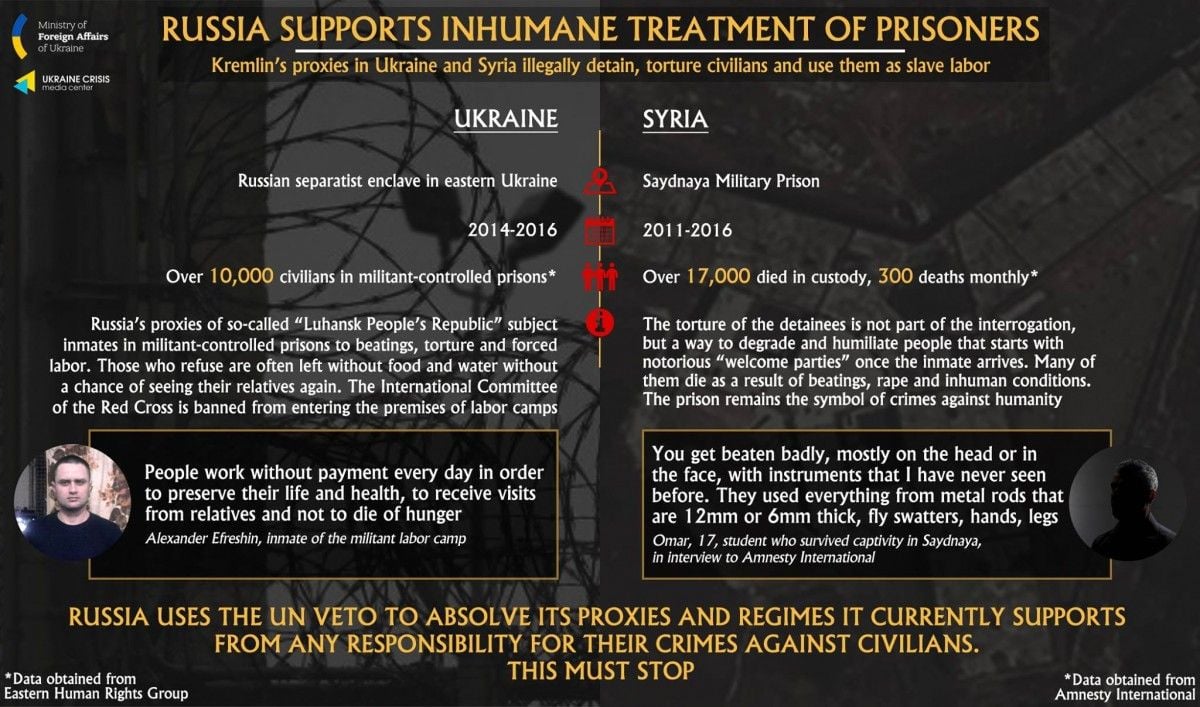 MFA Ukraine, Ukraine Crisis Media Center
If you see a spelling error on our site, select it and press Ctrl+Enter