Speaker of Sweden's Riksdag Urban Ahlin has spoken out for rolling over sanctions against Russia during negotiations with Ukrainian President Petro Poroshenko, who is on an official visit to that country, according to the president's press service. 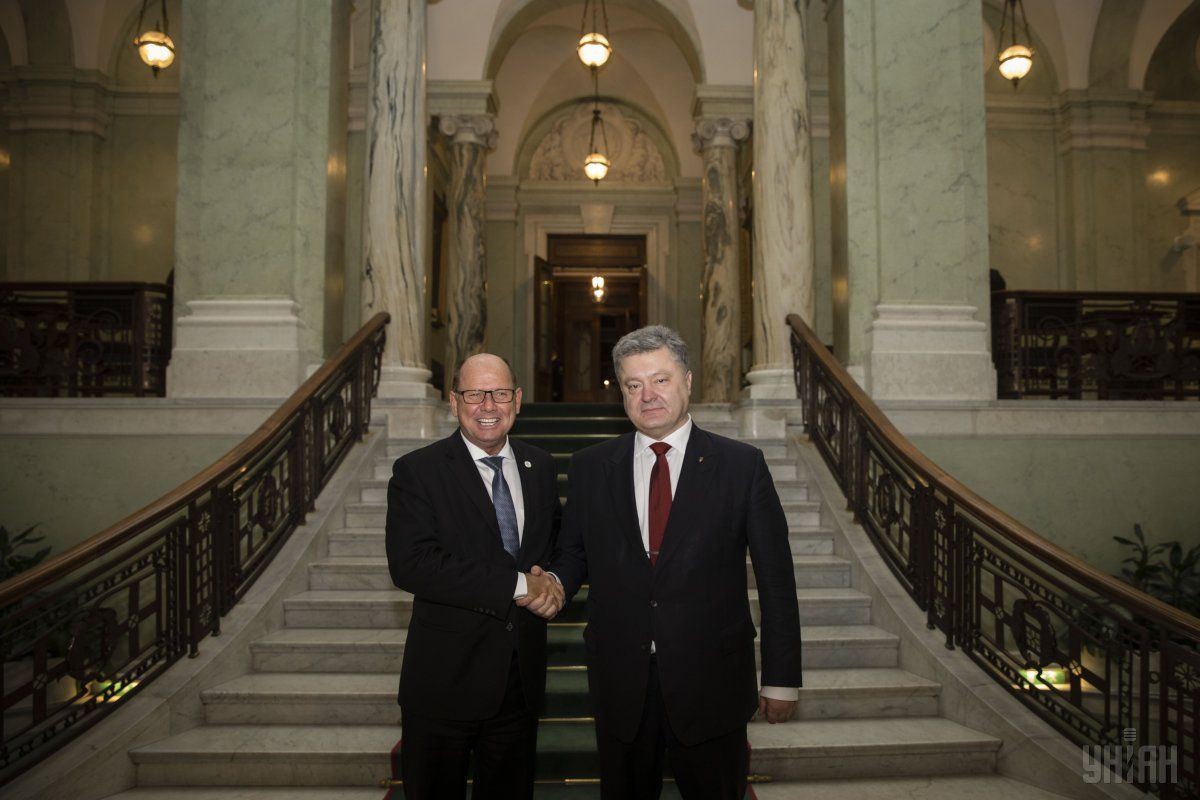 "The Speaker of the Riksdag emphasized the importance of rolling over sanctions against Russia until full restoration of sovereignty and territorial integrity of Ukraine," the press service said.

Further, Poroshenko drew the speaker's attention to the brutal violation of human rights in the territories temporarily uncontrolled by Ukraine.

The parties discussed security in Donbas, the implementation of the Minsk peace agreements and ways of putting an end to the occupation of Crimea. The Ukrainian president expressed gratitude for the consistent position of Sweden regarding the non-recognition of the illegal annexation of Crimea and support for the regime of sanctions against Russia.

Read alsoU.S. sanctions six Duma MPs in relation to Crimea occupation"The president thanked the Speaker and Swedish deputies for such powerful support of Ukraine, which is the evidence of true partnership," the press service said.

Poroshenko also expressed gratefulness to the delegations of the Riksdag in the Parliamentary Assembly of the OSCE and the Council of Europe for their active support of Ukraine.

What is more, the Ukrainian president called for further development of Ukrainian-Swedish parliamentary dialogue, first of all, in the framework of the parliamentary groups on interparliamentary relations.