Ukrainian President Petro Poroshenko has held a meeting with G7 and EU ambassadors, according to the president's press service. 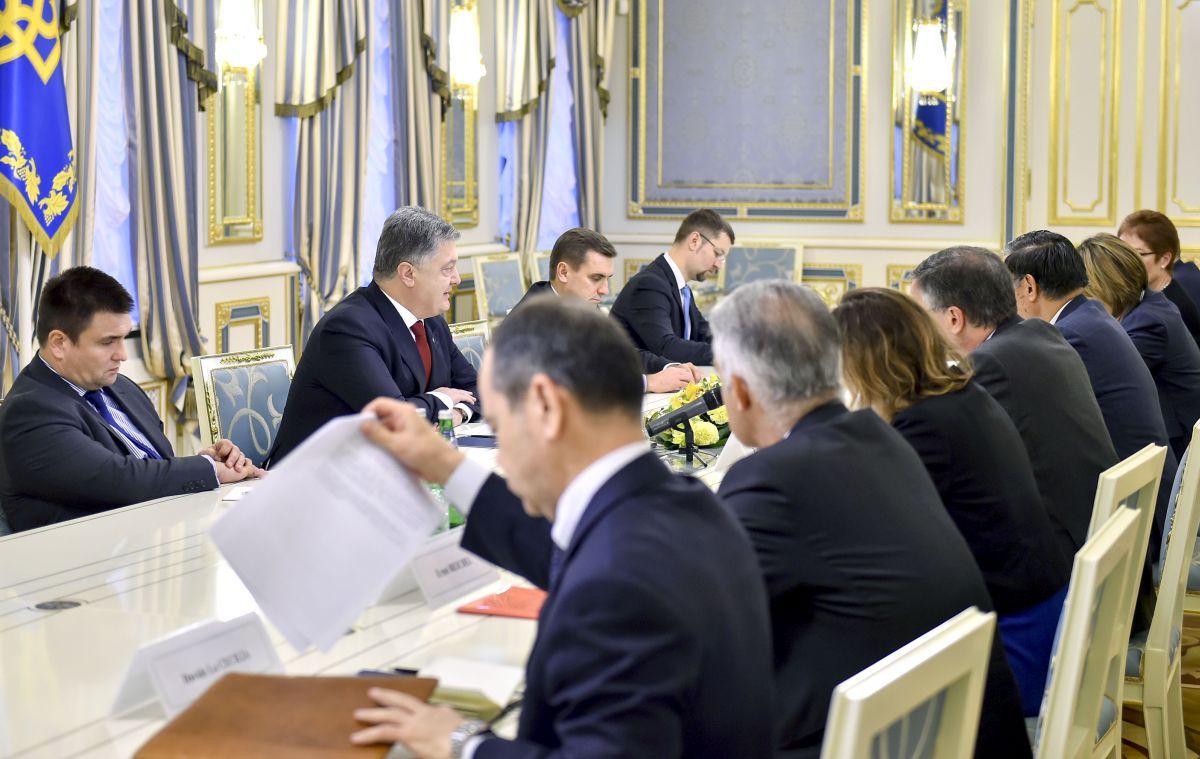 The Ukrainian president noted exceptional importance of the decision by the UN General Assembly Third Committee in support of the UN GA draft resolution on the human rights situation in Crimea. "Yesterday's decision lays down additional bases for an international mechanism of ending the occupation of Ukrainian Crimea," Poroshenko said on November 16, the press service reported.

He confirms Ukraine remains a resolute advocate of exceptionally legal, political and diplomatic ways of settling both the Crimean and Donbas issues. He also stressed the importance of maintaining pressure of sanctions on Russia, which is "not an end in itself, but an efficient tool to ensure the fulfillment of Russian obligations within the Minsk agreements."

The president briefed the ambassadors on the progress of Ukraine on the track of reforms, first of all, in the fight against corruption. In this context, successful completion of the first phase of e-declaration in Ukraine was particularly mentioned.

Read alsoEuropean leaders, Obama to discuss Russia sanctions in Berlin: ReutersPoroshenko expressed hope that the reforms in Ukraine would be properly assessed, inter alia, by the EU. In this context, he noted the importance for the EU to fulfill its obligations regarding visa-free travel for Ukrainians. "Despite extremely difficult challenges Ukraine faces today, we have conscientiously fulfilled our part of obligations and now we have the right to expect an appropriate decision from our EU partners without further delay," he said.

The Ukrainian president thanked the capitals of G7 and EU member states for consistent support of Ukraine, in particular financial, in ensuring complex reforms that are necessary for the European future of the country.