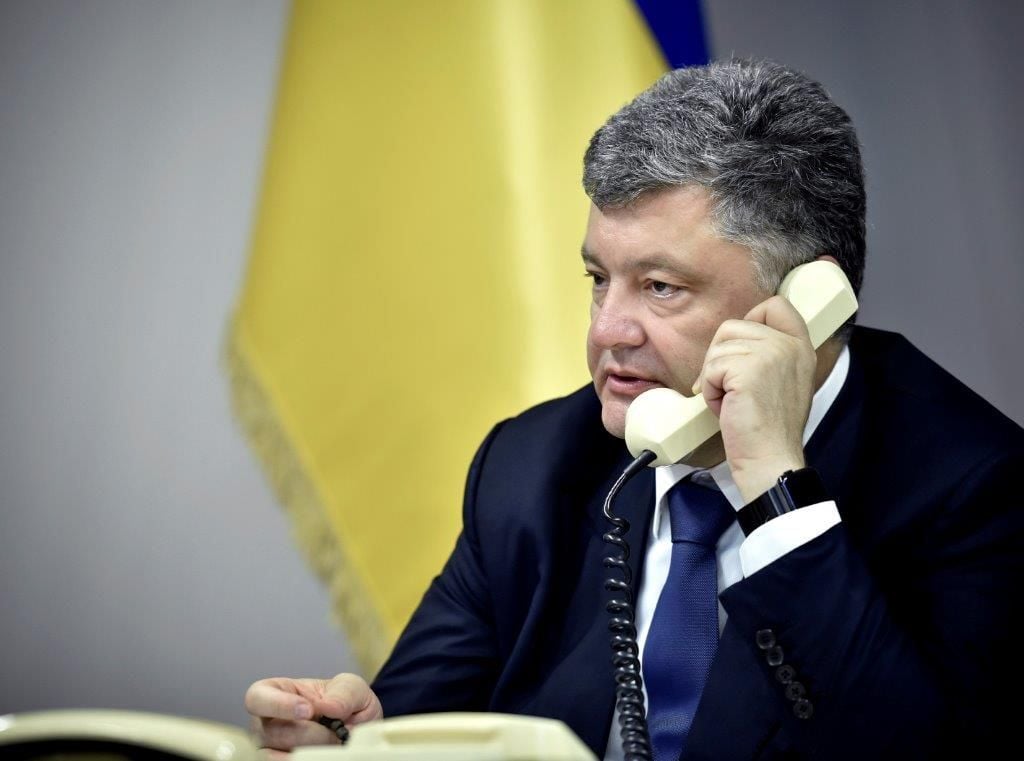 In every conversation with each global leader, Poroshenko calls Russia the aggressor and demands the withdrawal of its troops from Ukraine, said Tsegolko / president.gov.ua

"I now understand why the so-called prankers have been waiting for so long. They edited the conversation, and even longer was it being approved by their chiefs from the Russian FSB and the Kremlin. What they have published is an edited copy, from which accusations have been cut out against Russia over its occupation of part of Ukraine and the reluctance to withdraw its forces from our land, all references to Putin and failure to comply with his obligations under the Minsk agreements," said Tsegolko.

According to him, the president last week called many leaders to win support in the UN General Assembly on the draft resolution, which deals a serious blow to Russia.

"... Moscow has involved these forces, which, however, gave no result. Moreover, they had the opposite effect. Poroshenko in conversation with each global leader calls Russia the aggressor and demands the withdrawal of its troops from Ukraine. Russian special services are not ready to tell their people these things. Therefore, they cowardly edited the conversation, cutting out anything that can harm the Russian authorities. Incidentally, the fact of censoring the conversation is the very evidence that it’s no prankers that stand behind this hoax but the Russian special services, which continue their hybrid war against Ukraine," he said.

"But there is another caveat. How could the special services of another state arrange this? The investigation has shown that, unfortunately, this would not have happened without participation of the employees of the Foreign Ministry of Kyrgyzstan. After all, they contributed to setting up the conversation by providing contact numbers of the Administration of President of Kyrgyzstan. And then, when it all had happened, they failed to return calls from Ukraine for a few days," he said.

Later, the Kyrgyz president’s administration said that Atambayev had not held a conversation with Poroshenko and that it could be a hoax.

On Thursday, November 17, Russian “prankers” released an alleged audio recording of this conversation.