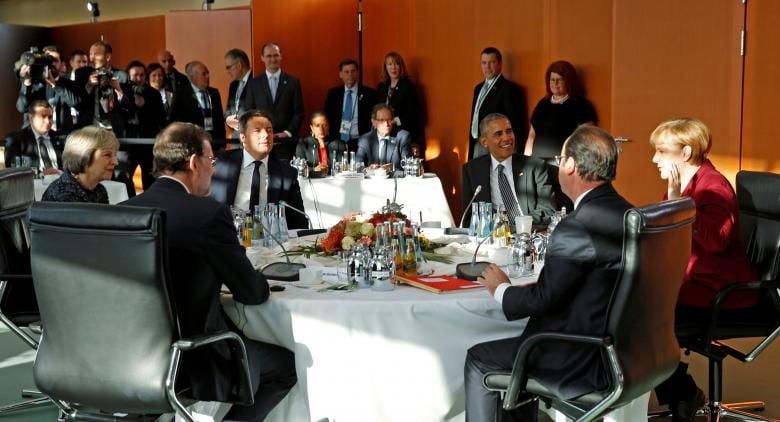 Obama met with the leaders of Germany, France, Italy, Spain, and the United Kingdom in Berlin on November 18 at the end of his last European tour as president, RFE/RL reported.

The leaders issued a joint statement pledging to work to secure "diplomatic resolutions to the conflicts in Syria and eastern Ukraine."

According to the White House, the leaders agreed that Moscow must live up to its commitments under the Minsk agreements on settling the conflict in eastern Ukraine and that Western sanctions against Russia should be maintained until that happens.

Europeans have been worried by statements from U.S. President-elect Donald Trump that NATO is "obsolete" and that he would consider lifting sanctions against Russia and recognizing Russia's 2014 annexation of the Ukrainian region of Crimea.