Ambassador of the United Kingdom of Great Britain and Northern Ireland to Ukraine Judith Gough has pledged her country’s continued support for Ukraine regardless of the outcome of the referendum on the withdrawal of Great Britain from the European Union, the Verkhovna Rada press service reported following the Ambassador’s meeting with Rada Speaker Andriy Parubiy Friday. 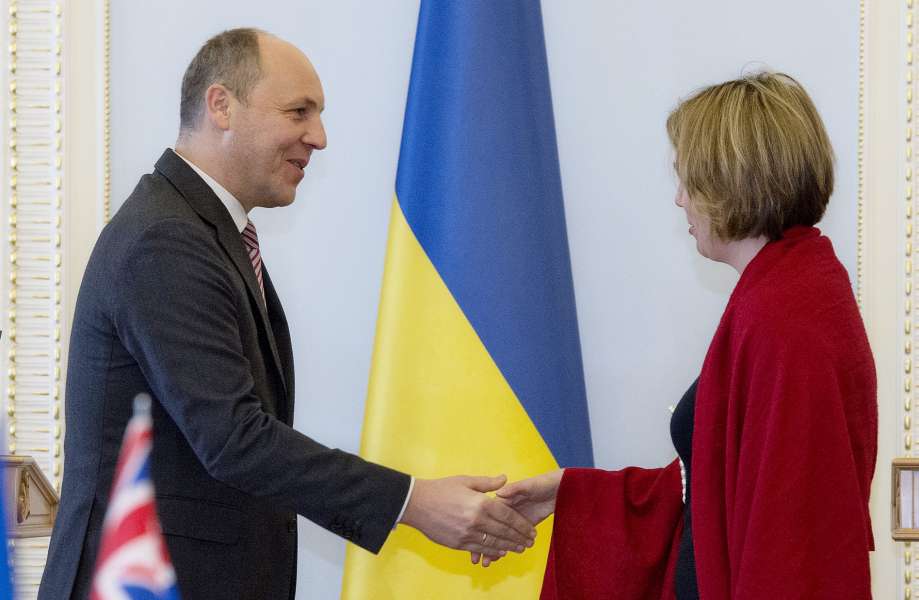 The British Ambassador has also stressed that she would insist on the expansion of cooperation between parliaments of Ukraine and the United Kingdom.

Saying that her country stands and will stand “side by side” with Ukraine, Gough stressed Britain’s continued support, regardless of the outcome of the Brexit referendum.

Read alsoBritain's top diplomat supports UNGA resolution on human rights violations in Crimea The Ambassador and noted the need for enhancing the institutional capacity of parliaments and exchange of experience.

Earlier, Judith Gough also insisted that Britain's exit from the EU would not affect relations with Ukraine, recalling the Ukraine visit of British State Secretary Boris Johnson, who had clearly expressed support for Ukraine and stood for continuation of such support.