Security areas in areas of Donbas, opening of checkpoint Zolote, hostage release to be discussed in Minsk Wed

The Trilateral Contact Group in Minsk has on the agenda of its Wednesday meeting the issue of opening a Zolote checkpoint for passage of civilians across the line of demarcation in Donbas, as reported by 112.ua. 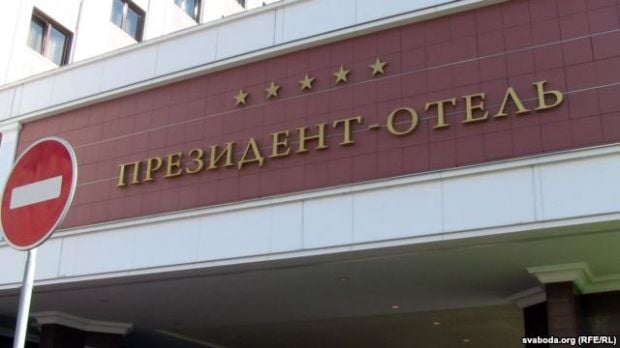 The main round of talks to be headed by Martin Sajdik will start at 14:00 and be held behind closed doors, reads the report by 112.ua.

Read alsoKlimkin calls "alternatives" to Minsk pactIn particular, it is planned that it will be today when the question regarding the seven sites of withdrawal of forces from the demarcation line will be agreed. At the moment, it is unclear when the sites will be located, but it is known that they will be 1 km by 1 km areas, where the parties will have to withdraw their forces and equipment. So far, the parties have to agree on the similar withdrawal in Stanytsia Luhanska.

Read alsoRussian Foreign Ministry sees no consensus on "road map" on DonbasIn addition, the possibility of deploying an OSCE police mission in Donbas, the modality of elections, as well as access of ICRC to the illegally detained persons will be discussed.

As UNIAN reported earlier, 109 Ukrainians remain in militant captivity in Donbas, including both troops and civilians.