A former serviceman of the Black Sea Fleet HQ Leonid Parkhomenko was detained in the strategic port city of Sevastopol on the Russian-occupied Crimean peninsula. 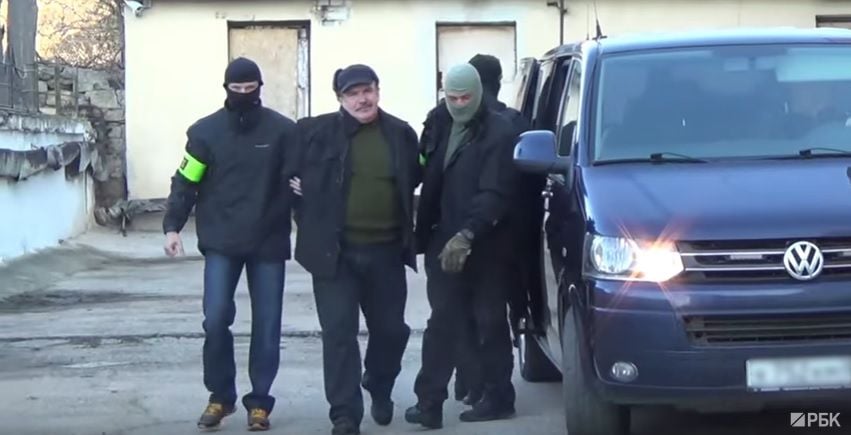 FSB argues that man has allegedly been collecting intelligence on fleet operations on the instructions of the Ministry of Defense of Ukraine, RIA Novosti reported.

The security agency claims that Parkhomenko, performing tasks set by the Main Intelligence Directorate of the Ministry of Defense of Ukraine, "collected and handed over to the foreign secret service classified information about the activities of the Black Sea Fleet."

Read alsoFeygin: Chances for release of political prisoners from Russia poorAccording to the Criminal Code, Parkhomenko faces up to 20 years in prison if the court proves treason.

As UNIAN reported earlier, former members of the Armed Forces of Ukraine Baranov and Odintsov were detained November 21 by Ukrainian law enforcers at the administrative border with the temporarily occupied Crimea. According to the SBU, Baranov and Odintsov before the Russian occupation of Crimea served in the Naval Forces of Ukraine. However, they defected to serve in the Russian army.

The court arrested them, providing an opportunity to be bailed out (UAH 350,000 for Baranov and another UAH 250,000 for Odintsov). They could face up to 15 years in prison.