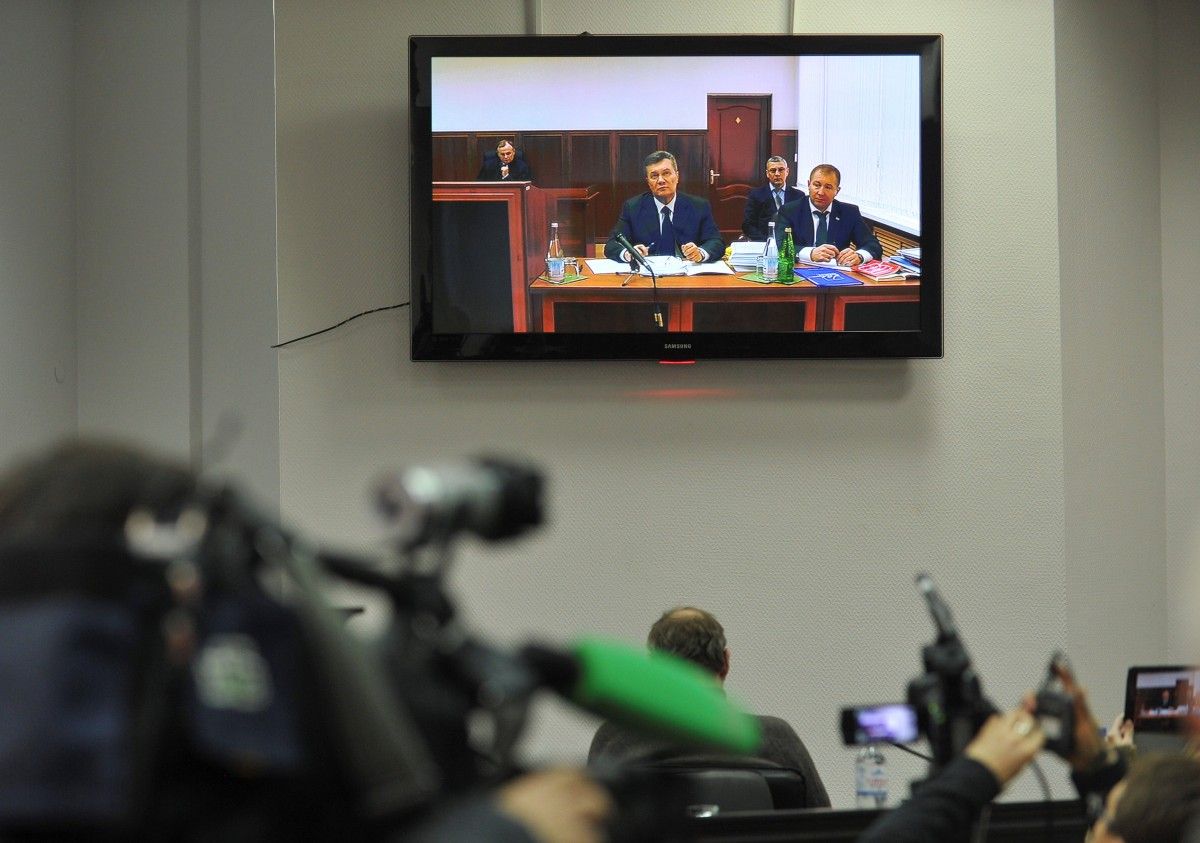 Earlier in the hearing, Yanukovych insisted on holding a video conference today.

Read alsoYanukovych wants to be interviewed via videoconference today"So I am asking you, Your Honor, to use every opportunity to hold this hearing today. This is very important. We have done all that is necessary, along with my assistants and the Rostov court. To have quality video communication. And we have been warned that they are preparing provocations. In this respect, the court should bear in mind that it is also a violation of the law, and those who violate these laws and prevents the court hearing from being held, should be punished," he said.

Read alsoHearing involving Yanukovych questioning may be postponed: "Right sector" blocking Berkut suspects from being brought to courtThe lawyers of the victims in the case against five former Berkut riot police officers and prosecutors opposed the hearing in the Sviatoshynskiy District Court of Kyiv without the accused being present, since a few dozen people were blocking the detention center to prevent ex-Berkut officers from being brought to court.

The protesters said they were worried that Yanukovych could claim that the suspects were not guilty.