The Ukrainian delegation to the NATO Parliamentary Assembly will be working toward ensuring that a session of the organization is held in Kyiv in the next few years, according to First Deputy Chairperson of the Verkhovna Rada Iryna Gerashchenko. 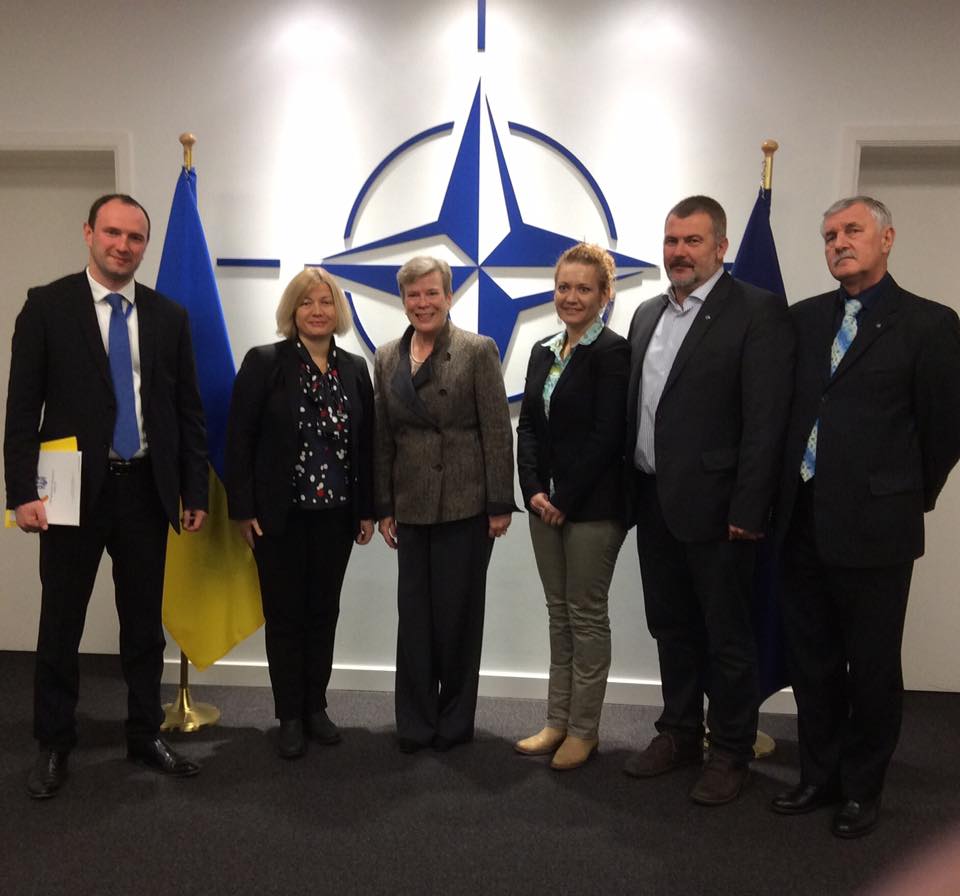 Read alsoUkraine offers latest weapons and equipment at NATO HQ for first time (photo)Also, according to Gerashchenko, Ukrainian deputies proposed to hold public parliamentary hearings in March 2017 on the potential development of cooperation between NATO and Ukraine.

"In March, there will be held a meeting of the Ukraine - NATO Interparliamentary Council, and this is a good reason to talk in more detail about the potential of our relations," wrote Gerashchenko.

In addition, she reported on the meeting with NATO Deputy Secretary General Rose Gottemoeller, during which they discussed issues of NATO support of Ukraine, the security situation in the occupied Donbas and Crimea, violations of human rights in these regions, and daily violation of ceasefire in eastern Ukraine by Russia and Russian-controlled militants.

Read alsoUkraine's 'friend' Paolo Alli elected president of NATO PAThe Ukrainian delegation also informed their partners about the reforms carried out in the field of defense, public procurement, strengthening of parliamentary oversight of the defense sector, anti-corruption, and gender equality in the army, said the first vice-speaker.

Gottemoeller said that NATO is watching with great respect the process of reform in Ukraine’s defense sector, and also recognized that not all NATO countries provide 5% of its budget for the army needs, adding that everyone is aware of the risks Ukraine is facing and the need for a serious security sector boost.

According to Gerashchenko, Gottemoeller reiterated further support of Ukraine reforms, saying that the country is an important partner in the Alliance’s agenda.

As UNIAN reported earlier, NATO considered create a training center on the base of Ukroboronprom.