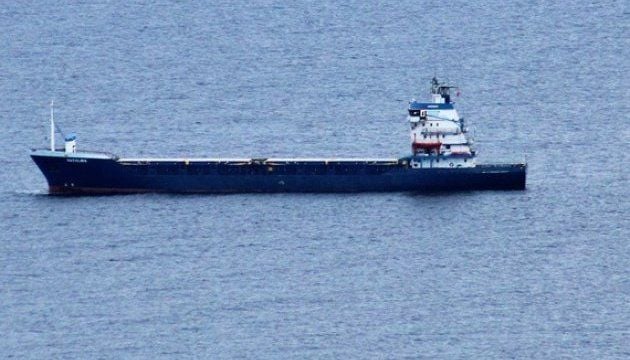 "We handed over an analytical report on the specific facts which indicate the militarization of Crimea, in particular, regarding the formation by the Russian Federation on the territory of Crimea of a modern military base, which is a strategic object, targeting the NATO member states, not Ukraine. The report also provided evidence that suggest the possibility of shipments of conventional and non-conventional (banned) weapons from Crimea in the direction of Syria, and from Syria in the direction of the occupied Crimea," she said.

As an example, the official pointed to the arrival late October in the port of Feodosiya of Nadalina vessel, which was unloaded in a tight security mode.

Read alsoOSINT activists claim Russia ships secret military cargo from Syria to occupied Crimea"All civilians left the port, and security was provided by military units. The information we have received, may indicate the unloading of eight to ten containers, which were composite boxes for transporting particularly hazardous cargo. Based on the vessel’s route and considering the fact that it carried only these eight to ten containers that were being unloaded for a long period time - 30 minutes each, which is not typical - we have concluded that most likely we are talking about the unloading of 200mm ammunition  and, most likely, these are chemical weapons. The analysis of the type of containers and their dimensions allow to assume that the boxes are similar to those used for Iraqi missiles Barak-70 with chemical warheads," said Friz.

Read alsoRussia heavily militarizes Crimea, seeks to deploy nuclear weapons - PoroshenkoIn addition, according to her, there is information that indicates shipment from Crimea to Syria of missile systems. "November 23, the ship Kizil-60 crossed the Bosphorus. The ship had been purchased from Ukraine in 2015 by the Mongolian company. Now it is widely used for transporting weapons by the Russian fleet from Crimea and Novorossiysk to the territory of Syria. On its latest trip, apparently, it transported the container missile system type Club-K,” she said.

At the same time, Friz noted that these findings were the result of HUMINT efforts and OSINT analysis of the data from MarineTraffic, the system that analyzes navigation data online. Social networks have also been analyzed, revealing "the ties between at least two families who come from Syria and are now living on the EU and control the companies that provide services in the ports in the occupied Crimea and transport legal and illegal cargo from Syria to Crimea, as well as illegal immigrants from Syria to the EU."

"All this information, but with more details, was handed over to NATO," said the head of the Ukrainian Delegation.