Politician makes claims of vast corruption in Ukraine - The Independent

Senior government figures in Ukraine, whose government has received billions of dollars of international funding since the uprising that toppled former dictator Viktor Yanukovych, have been accused of massive political and financial corruption by a senior former ally, according to The Independent. 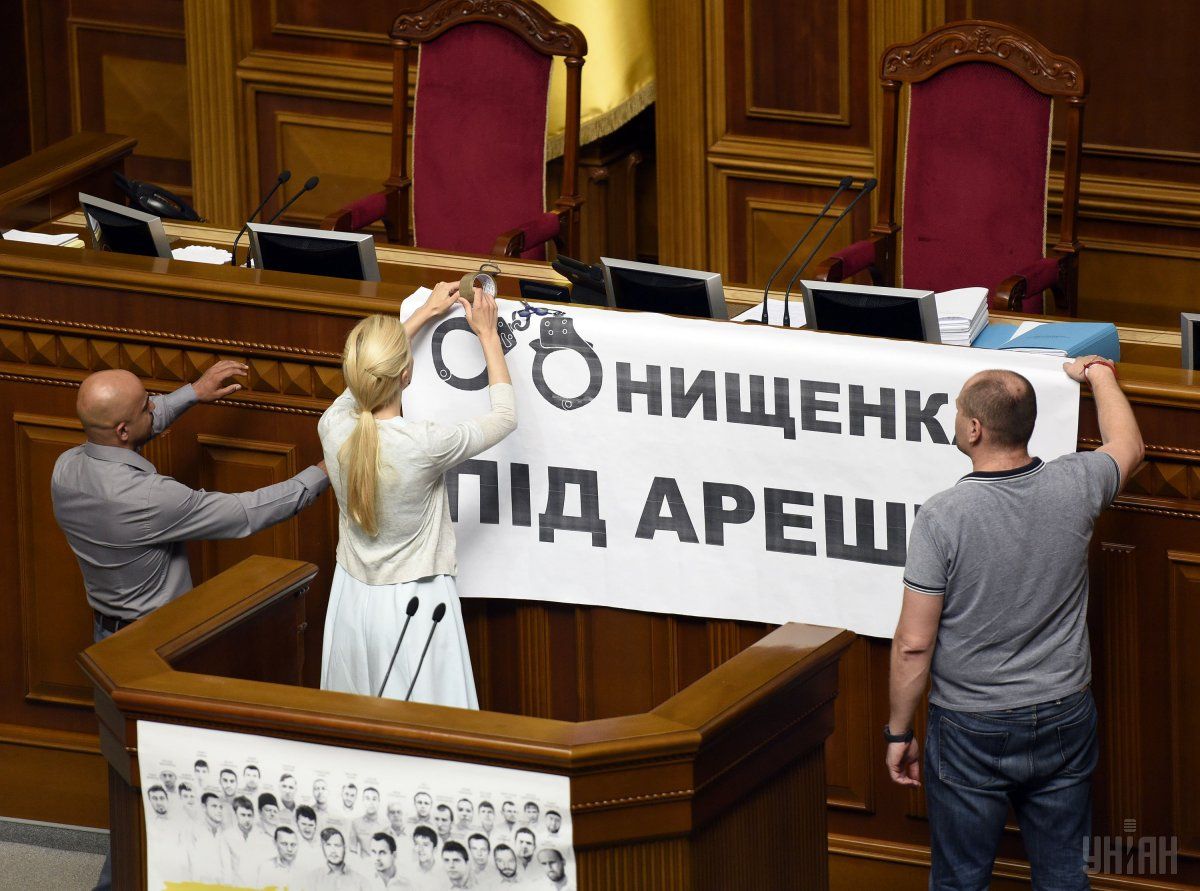 In a series of extraordinary allegations, former parliamentarian and oligarch Oleksandr Onyshchenko claims his candidacy to become a Ukrainian MP claims that he was asked by the senior government figure to orchestrate and fund a smear campaign against the former Prime Minister Arseniy Yatsenyuk, The Independent reports.

The campaign, he said, cost nearly $3 million a month and ran for nearly 10 months. Mr Yatsenyuk resigned in April this year after his popularity collapsed.

The MP adds that he was suddenly able to overcome administrative hurdles to become elected to Parliament after he paid a senior legislator $6 million.

Mr Onischenko has fled to London where he now lives in exile having himself been accused of corruption by Ukrainian authorities.

Pro-Western president Petro Poroshenko’s office strenuously denies the allegations, saying that Onyshchenko was attempting to politicize the criminal case against him and "pretends to be a victim of political repressions. This is the motivation for his absolutely false accusations."

Read alsoBankova responds to statement by fugitive MP on handing U.S. law enforcers incriminating evidence against PoroshenkoThe Independent has been unable to verify Mr Onyshchenko’s claims and is not naming the senior figure or his intermediaries for legal reasons.

Meanwhile, the National Anti-Corruption Bureau (NABU) claims Mr Onyshchenko organized the embezzlement of state funds in a joint programme with the gas company UkrGazVydobuvannia. It claims the scheme led to losses of around GBP 50 million to the state. NABU detectives also seized 10 apartments, nine houses, 10 pieces of land, 39 bank accounts, and 11 cars belonging to him and his suspected accomplices.

Mr Onyshchenko claims the case is fabricated and politically motivated.

Asked how he can prove his allegations, Mr Onyshchenko says he has nothing written down but he would be willing to take a lie-detector test.

He said that under the Yanukovych regime, businessmen like him had to give half their post-tax profits to the president.

Read alsoNABU reports sharp profit growth at Ukrgazvydobuvannia since elimination of Onyschchenko’s illegal "gas schemes""We had this habit for 20 years. It was always the same system. They [the government] have the power, they have the tax administration, they have the general prosecutor. If they want to make problems for you, they will. They can destroy you completely. You have to find some way to get good relations."

He describes the current mechanism of bribery as if it were commonplace. Asked how the $6 million alleged bribe was paid, he chuckles: "Actually, that time we paid in Hvrina [the local currency], so it was like five or six bags." He spreads his hands the width of a sports bag: “You get special bags from banks to carry a lot of money.” The money was paid in cash, meaning there was no paper trail, he said.

Mr Onyshchenko claims other alleged kickbacks were slightly more subtle. He alleges the senior government figure demanded payments through intermediaries of UAH 2,000 (around GBP 60) per 1,000 cubic meters of gas he sold, showing The Independent a series of SMS messages he claimed were instructions from an intermediary about the payment.

Read alsoFugitive MP Onyshchenko in Britain: Not enough grounds for extraditionIn addition to that, he claims, an agent of the senior government figure would personally come to his office and carry away $1 million in cash for “pocket expenses”.

Elaborating on his anti-Yatsenyuk campaign, Mr Onyshchenko says, he organized a propaganda department against the elected Prime Minister. "I killed him in one year," he says, claiming Mr Yatsenyuk’s ratings fell from 30% to just 1%.

With his $3million-a-month budget, he says he funded anti-Yatsenyuk protest rallies, paid for ultra-right nationalists to carry out anti-government actions and bribed media outlets to run anti-Yatsenyuk stories.

Explaining how demonstrations can supposedly be created in Ukraine, he says: “You have to pay people to come, and you have to pay the TV to cover it. The same as you have to buy advertising or something. TV and newspapers.”

Asked how much people were paid to attend, he is slightly vague: "About $50 or something. There are companies who organize this."

The presidential office described Mr Onyshchenko’s allegations as "expedient fictions”. It also claimed Mr Onyshchenko had recently acquired Russian citizenship and was “a tool of Russia’s hybrid war against Ukraine" – both of which claims Mr Onyshchenko strenuously denies.

Mr Onyshchenko, who has not sought asylum, said he hopes Ukraine will attempt to extradite him from the UK so that he can make his allegations fully in the English courts.