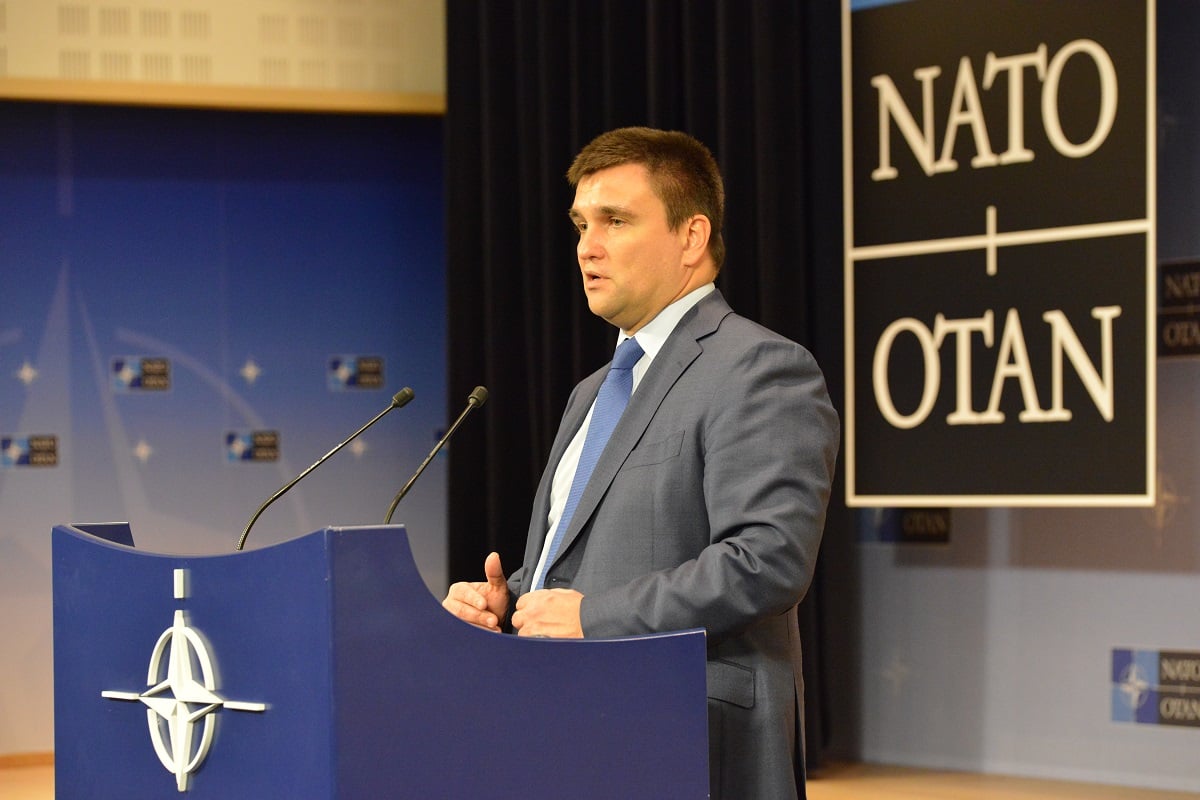 The minister admitted that this fact was a confirmation of the deep crisis of the OSCE. The Hamburg meeting will be the third ministerial meeting of the organization, which ends without a final declaration, which is considered a key element of high-level talks.

"The reason that we cannot reach a common text is a disagreement between the civilized part [of the OSCE] and Russia, speaking honestly," he said.

According to Klimkin, therefore it was decided to limit the unilateral declaration of the German presidency of the OSCE.

Read alsoGermany demands cooperation from Russia as "question of war and peace" is on table"We do not need empty statements. The statement of the presidency would be better than a very vague and general joint declaration," the minister said.

At the same time, the press service of the Ministry of Foreign Affairs reported on Facebook that the issue of settlement of the conflict in and around Ukraine in conditions of continuing Russian aggression would be central at the 23rd meeting of the OSCE Foreign Ministers' Council.

Read alsoU.S. Mission to OSCE: Police mission in Donbas should be first discussed by Ukraine, RussiaDuring the two days of work, the ministers will sum up the work of the organization for 2016, will discuss issues of the OSCE activities in the framework of its political-military, economic and surrounding and human dimensions, as well as will define the main priorities of the organization in the near future.

"Among the documents that are planned to be submitted to the Ministerial Council will be a draft Declaration on the OSCE's role in resolving the crisis in and around Ukraine," the report says.