Polish Foreign Minister: Minsk deal not to be implemented, Normandy format must be expanded 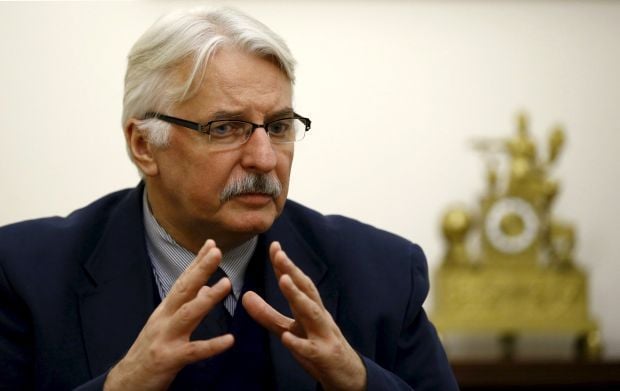 "In our opinion, the Minsk agreements will not be implemented," said Polish Foreign Minister Witold Waszczykowski.

According to the minister, in order to put an end to the conflict in Donbas, it is necessary to expand the Normandy format. He stressed that Poland, as a country bordering with the aggressor state, is insisting on expanding the group in Minsk, allowing participation of the United States and Poland.

"We need to expand the Normandy format, because the European states alone, such as France or Germany, are unable to bring change to the confrontation with Russia. (...) We are the only Member State to the EU and NATO, which borders both with the aggressor and the victim of aggression. Any escalation of the situation will affect us," Waszczykowski said, justifying the need to involve Poland in negotiations on Donbas.

As UNIAN reported earlier, Russian President Vladimir Putin said that the Normandy format in the issue of Donbas settlement was running sluggishly, but it should be continued nevertheless.

According to him, there is no alternative to the Normandy format.

As UNIAN reported earlier, at midnight on December 24, the earlier announced ceasefire was set. However, the militants do not adhere to the agreements and continue their provocative attacks in the east of Ukraine.