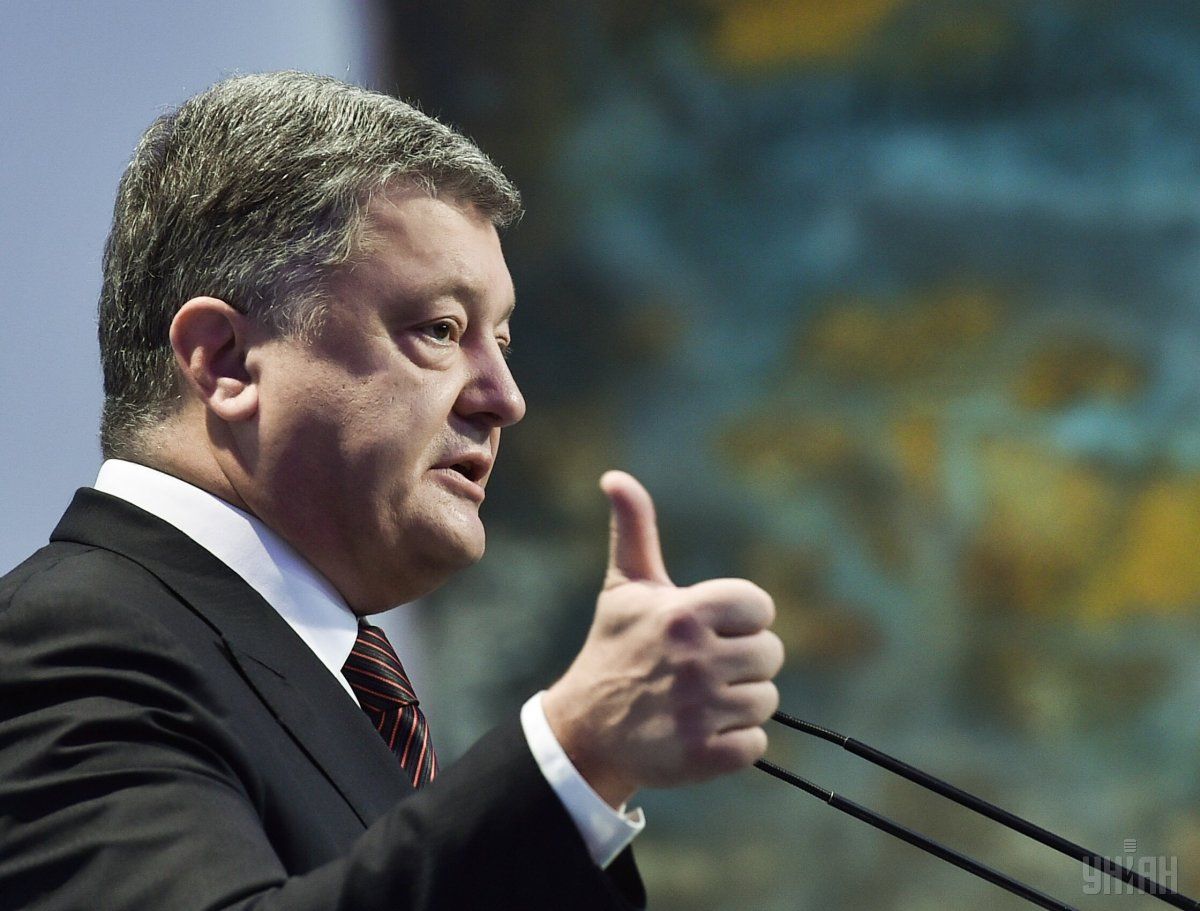 "Since the recognition of the independence of Ukraine, the United States has remained a reliable and strategic partner of Ukraine at the bilateral level and within the international organizations. A true democratic partnership has been established between the two states, in the framework of which the United States continues to provide invaluable practical assistance in the development of state institutes, civil society, market economy and security reinforcement of our country," Poroshenko said, the press service reported.

"Having abandoned the third nuclear arsenal in the world and a large volume of traditional weaponry, as well as the stockpiles of highly enriched uranium, Ukraine plays a historic role in the enhancement of global stability and nuclear non-proliferation regime. These have been tough decisions, but Ukraine made them relying on the assurances and security guarantees of foreign partners, first of all, USA," he noted.

Read alsoU.S. senators vow no "Faustian bargain" with Russia - RFE/RLPoroshenko expressed special gratitude for the constant bipartisan support of the U.S. for Ukraine's sovereignty and territorial integrity in difficult times of Russian aggression when the Ukrainian state defends the key principles of freedom and democracy that actually laid the foundation for success and strength of the American people.

The President also assured of a firm willingness of Ukraine to further facilitate strategic partnership with the U.S. aimed to enhance comprehensive constructive cooperation in political, security, economic and humanitarian spheres.