Ukrainian President Petro Poroshenko has introduced Maksym Stepanov as Head of Odesa Regional State Administration, according to a UNIAN correspondent. 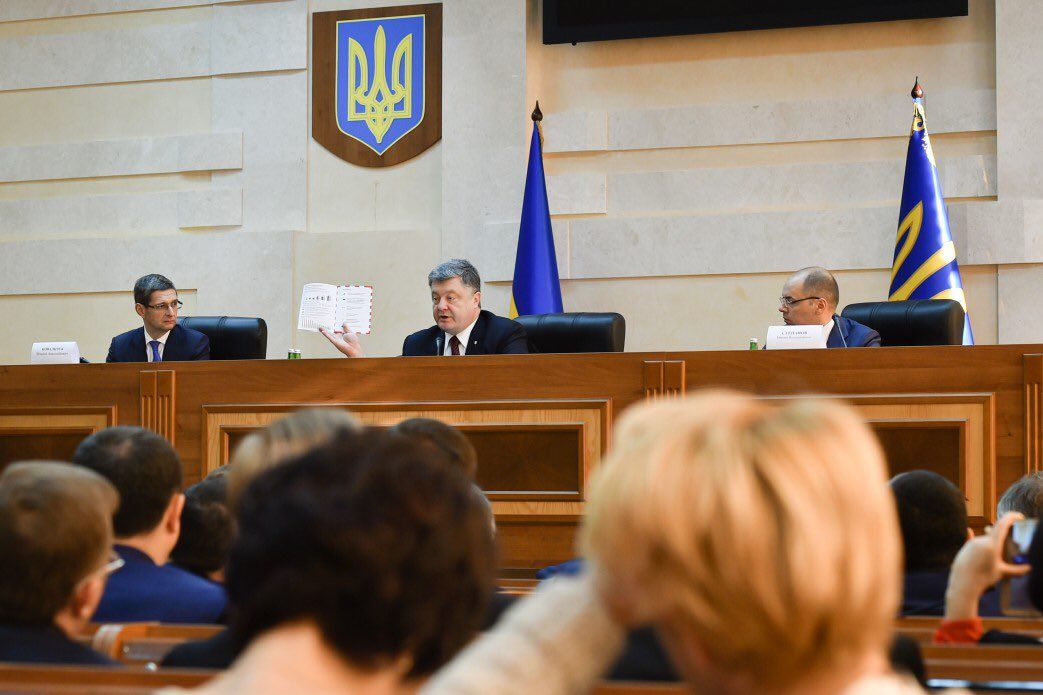 "I am confident that my decision taken today to appoint Maksym Stepanov, a person who has won the competition as chairman of Odesa Regional State Administration, is the right decision," Poroshenko said on Thursday during his working trip to Odesa region.

"A person with two diplomas of higher education, a person who is not new to Odesa region, has experience as first deputy chairman of Odesa Regional State Administration, [he is] a man who is set to work here without going abroad [as a waste of working time], a man who is set to undertake clear commitments," Poroshenko said.

As UNIAN reported earlier, on December 21, 2016, Ukraine's Cabinet of Ministers endorsed the appointment of Stepanov as governor in Odesa region.

He was director of state-run Ukraina Printing Plant for production of financial credit documents and other securities. In 2008-2010, he served as first deputy chairman of Odesa Regional State Administration.

On November 7, the previous Odesa regional governor, Mikheil Saakashvili, announced his resignation, which was accepted by the Cabinet on November 9.

On November 30, Poroshenko announced a competition to hire a new governor.