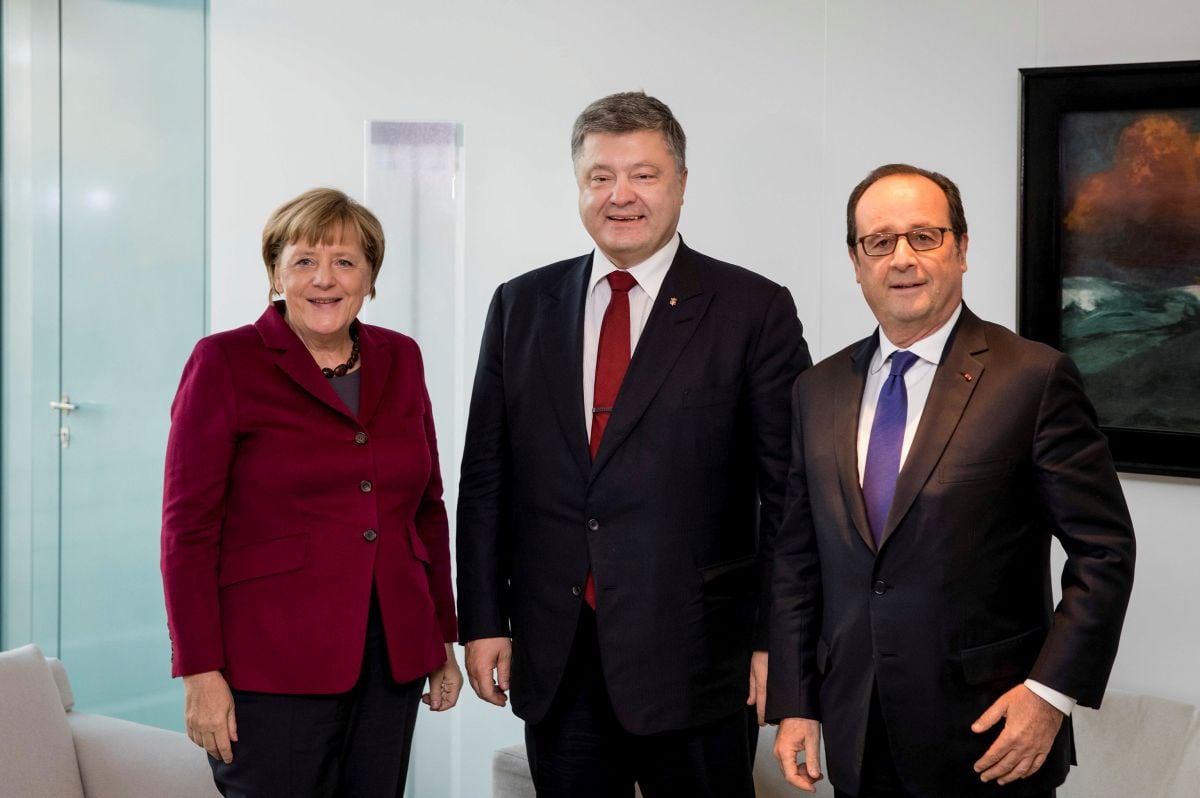 "Poroshenko, Merkel and Hollande expressed confidence that the process of ratification of the Ukraine-EU Association Agreement and the visa liberalization for the citizens of Ukraine would be completed soon," the message reads.

Read alsoEU hopes Dutch authorities to ratify Ukraine association deal in 1st half of 2017The move is yet to be approved by the EU Council. The decision on the date of the introduction of a visa-free regime with the EU for Ukrainians will be taken within the framework of inter-institutional negotiations between the European Commission, the EU Council, and the European Parliament.

Read alsoEU projects visa waivers for Ukraine in late spring – journalistUkraine’s Foreign Minister Pavlo Klimkin has cautiously noted that the visa liberalization process could be completed as early as spring 2017. He also recently claimed the European Union had no fear that visa liberalization for Ukrainians would result in large-scale migration flows.