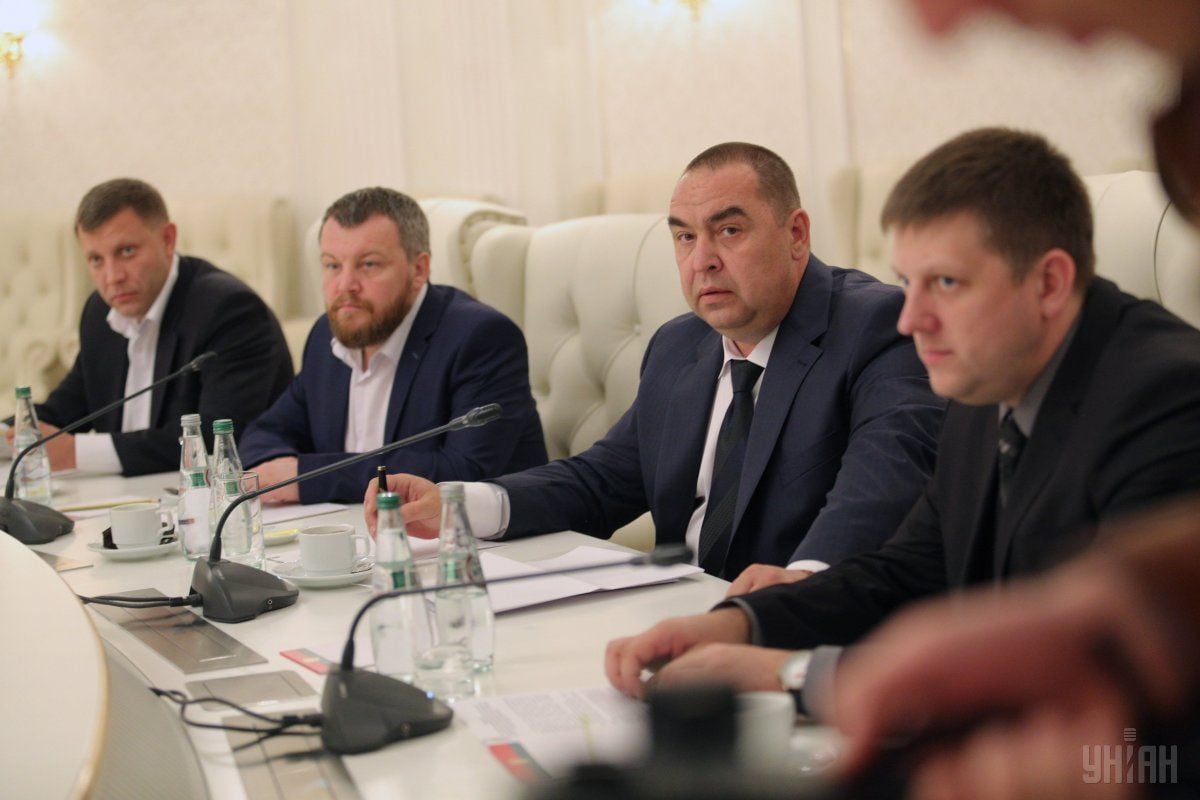 "The official narrative is that the chiefs of these terrorist organizations are in Crimea to take part in the anniversary of the [1654] Treaty of Pereyaslav ... I'm sure there will be a certain meeting where Putin's designated agents will hand instructions over to ["DPR" chief Alexander] Zakharchenko and ["LPR" chief Igor] Plotnitsky for the coming months," Chubarov said, Obozrevatel wrote.

Russian presidential aide Vladislav Surkov was earlier reported to have expressed his dissatisfaction at a meeting in Donetsk with actions by certain "ministers" of the local "government" and accused the "law enforcement agencies" there of full inactivity and incompetence. It was reportedly announced at the meeting that Moscow was going to halve the financing of Donbas militants. He also warned that the self-proclaimed republics should get ready "to re-integrate with Ukraine" on certain terms to be imposed on Kyiv, namely the full amnesty of militants and "DPR"/"LPR" special status.

UNIAN note. In January 1654, Ukrainian Hetman Bohdan Khmelnytsky called a military council in the town of Pereyaslav (modern Pereyaslav-Khmelnytsky) to settle relations between the Zaporozhian Cossacks Army and the Tsardom of Muscovy (Russia).

Read alsoKyiv mulls scrapping Ukraine-Russia 1654 reunion archNo written treaty was concluded in Pereyaslav. An oath of allegiance to the Russian monarch from the leadership of Cossack Hetmanate was taken.

The exact nature of the relationship stipulated by the agreement between the Hetmanate and Russia is a matter of scholarly controversy.