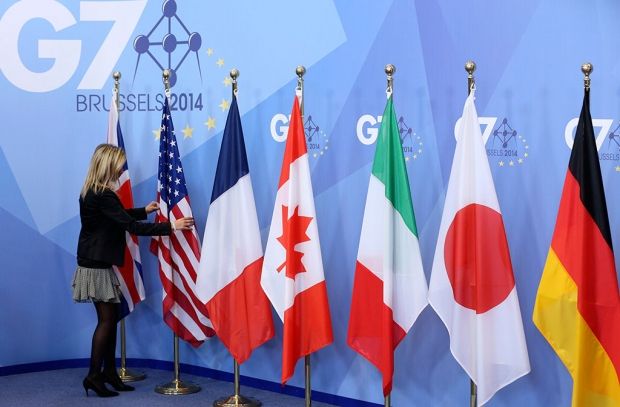 Looking to pave the way for good Italian relations with U.S. President-elect Donald Trump, Alfano said on Tuesday the world would welcome warmer relations between Washington and Moscow, Reuters wrote.

He also signaled that Rome was open to revising NATO's global role.

Read alsoPoland welcomes U.S. troops as part of NATO buildup (Photo)Russia used to be part of the so-called Group of Eight (G8) meetings until it was suspended in 2014 after it annexed Ukraine's Crimea peninsula following a popular uprising in Kiev that toppled its pro-Moscow president.

The pared-down G8 has been rebranded the Group of Seven (G7) and Italy will host this year's summit in the Sicilian town of Taormina in May. Alfano said it might be impossible to involve the Russians in the 2017 event, but thought the G8 might be revived in future.

"We discuss with Russia all the most delicate international crises. This is the truth. Perhaps it won't be possible for Taormina, but we should consider in the future returning to a G8 that replaces the current G7," Alfano told parliament.

The coming G7 will be the first involving Trump, who has spoken warmly of Russian President Vladimir Putin and has pledged to improve relations with Moscow.

Read alsoPoroshenko says meeting with Trump agreedTrump's views on Moscow have raised eyebrows in the West and the outgoing CIA chief John Brennan sharply criticized the incoming president on Sunday, saying he did not yet have a full understanding of Russia's actions.

However, Alfano said it would be good to see improved ties between Moscow and Washington.

"Any responsible person must hope for a thaw in relations between the United States and Russia," he told a Senate commission. He added that Russia had proved "a reliable partner in energy supply, and at the same time a very useful partner in fighting international terrorism".

Trump has also stoked concern in Europe with his views on NATO. In an interview with the Times newspaper on Sunday, he repeated his view that the military alliance was obsolete but said it was still very important for him.

"One might criticize Trump, but it is clear that NATO is looking east while there are asymmetric, fluid threats that come from the south," Alfano said, adding that Western allies should consider creating "a defensive system that looks south."