Russian President Vladimir Putin, German Chancellor Angela Merkel and French President Francois Hollande during a conference call on Wednesday spoke in favor of a rapid exchange of prisoners based on an "all for all" formula, the Kremlin press service reports. 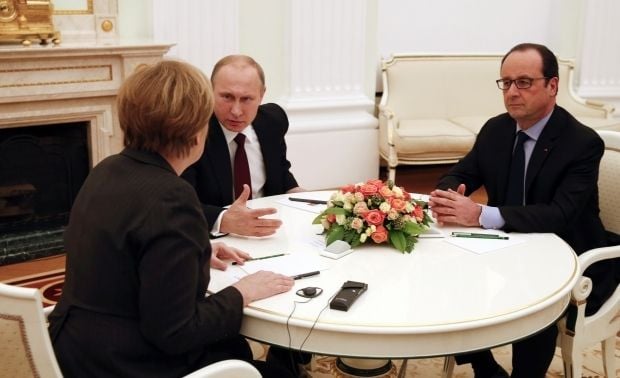 "The progress of Minsk deal implementation was discussed, including taking into account the outcome of the Normandy Four summit in Berlin October 19, 2016. Dissatisfaction has been expressed with the situation in the context of the settlement of the Ukrainian crisis. In particular, the deterioration of the situation was stated along the contact line in Donbas, as well as the lack of effectiveness of the performance of the [Trilateral] Contact Group," the statement reads.

Read alsoPublication of POW lists: side risks and new opportunities"The importance was noted of increasing joint efforts to de-escalate tensions in the south-east of Ukraine, ensuring consistent implementation of the provisions of Minsk-2, including rapid exchange of detained persons based on the "all for all" principle,” the Kremlin press service wrote.