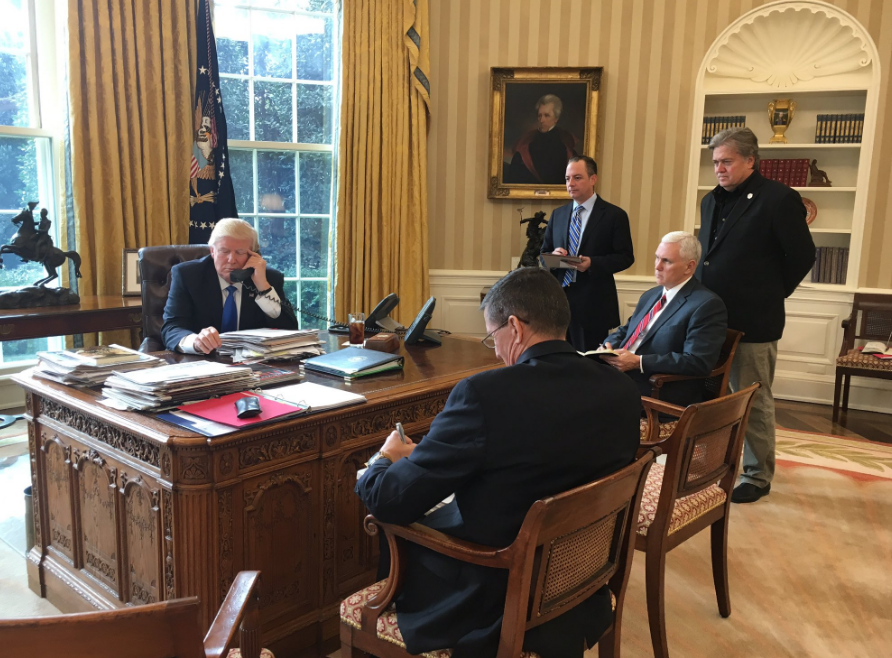 The two presidents discussed current international issues, including the fight against terrorism, the situation in the Middle East, the Arab-Israeli conflict, the sphere of strategic stability and non-proliferation, the situation around the Iranian nuclear program and the Korean Peninsula . The main aspects of the Ukraine crisis were also touched upon, according to the Kremlin report. It was agreed to establish partnership cooperation in all these areas as well as on the other issues.

"The presidents called for the establishment of an actual coordination of U.S. and Russian actions in order to defeat ISIL and other terrorist groups in Syria," the Kremlin reported.

"The importance was emphasized of the restoration of mutually beneficial trade and economic ties between the business communities of the two countries, which could further stimulate progressive and stable development of bilateral relations," the press service wrote, noting that the presidents are going to work out the possible dates and venue of their personal meeting.

"Donald Trump asked to convey to the Russian people his wishes of happiness and prosperity, noting that the U.S. people have a good attitude toward Russia and its citizens. In turn, Vladimir Putin stressed that the Russians have similar feelings toward the Americans," the Kremlin summed up.

As reported earlier, on Friday, Trump said that it was too early to talk about lifting sanctions against Russia. In addition, foreign ministers of France and Germany also agreed on the opinion that the sanctions could be lifted only after the Minsk agreements were fulfilled.