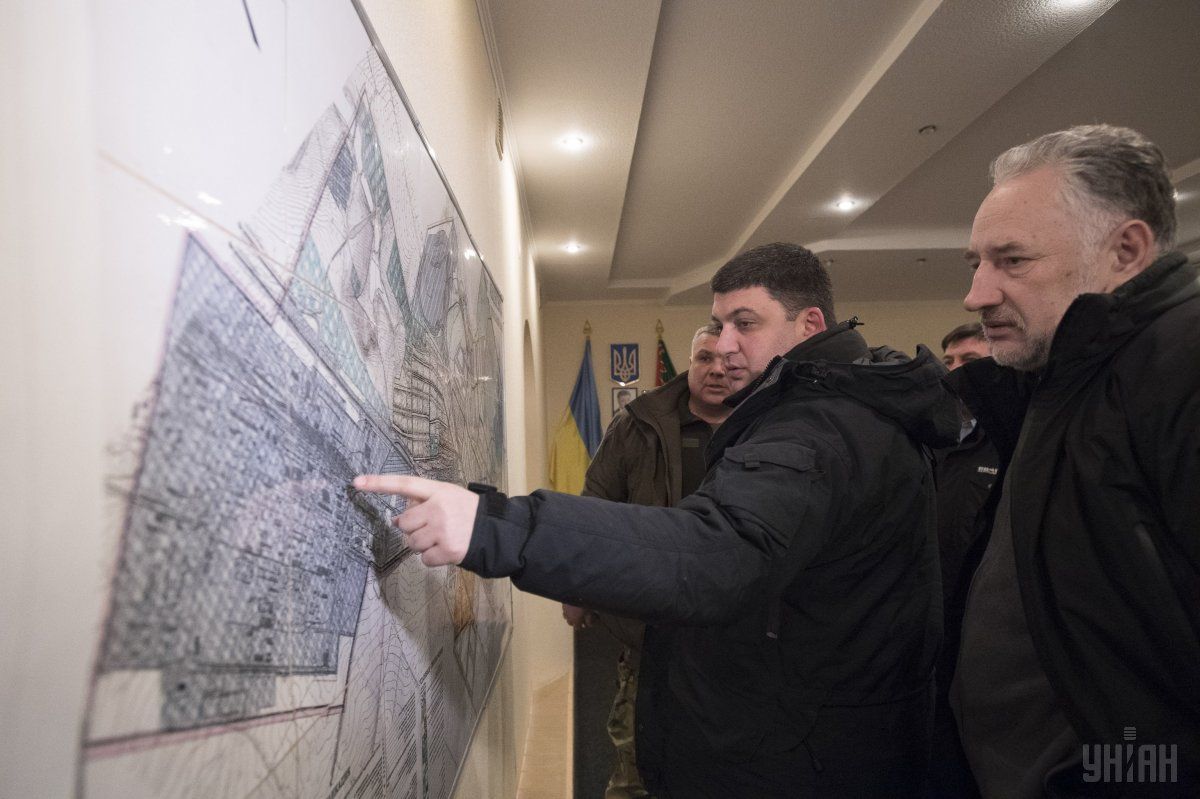 "I've just returned from Avdiyivka and I'd like to inform you that the situation remains complicated. In fact, shelling continues without a break, and everyone can feel it. The intensity of those attacks at the heart of the town is quite high," he said at a press briefing in Kyiv on Tuesday, January 31.

Read alsoMilitants fire Grads on Avdiyivka from residential areas in Donetsk (Video)He said he had conducted a meeting of the Avdiyivka emergency response center, which was formed the day before.

"Today all services know what they are supposed to do. But the main thing today is to take care of people – both children who are now in Avdiyivka and the elderly," he said.

Groysman shared his impressions about walking along Avdiyivka's streets, saying that the situation there is "very complicated."

Read alsoAvdiyivka blackout close to humanitarian disaster, Poroshenko cuts short German visit"We keep heating radiators at flats at a very low level, just to let the system stay alive. It's not easy for people. We've set up tents in keeping with the emergency response center's decision. In general, the town has been provided with everything – food, tents for heating points. We'll provide such support in future," he said. 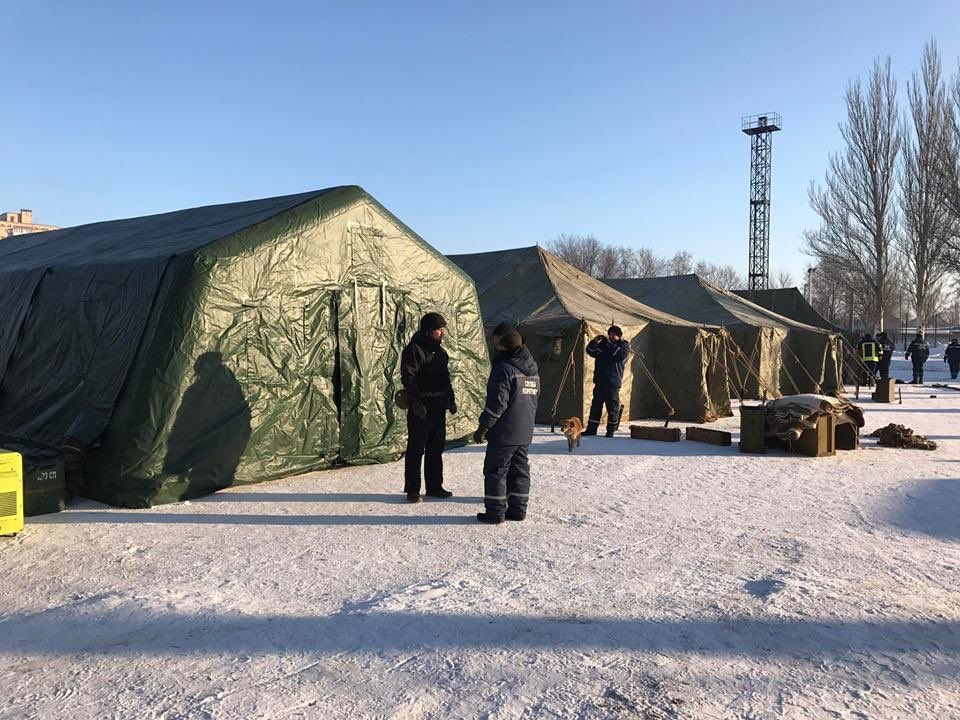 Tents have been set up in keeping with the emergency response center's decision / Photo from twitter.com/MVS_UA

The Ukrainian Interior Ministry's press service in turn reported that 891 people had already visited mobile heating points in Avdiyivka as of 22:00 local time on Tuesday, January 31. Among them there were 186 children and 300 senior citizens.

What is more, three mobile kitchen trailers are serving food in the town free of charge.

The Ukrainian prime minister also mentioned he had given instructions to provide local residents with drinking and technical water.

Further, Groysman assured that the Donetsk military and civil administration had enough assets on its accounts.

"There are enough funds on the Donetsk military and civil administration's accounts today. The town has sufficient funding. The treasury runs as clockwork," he said.