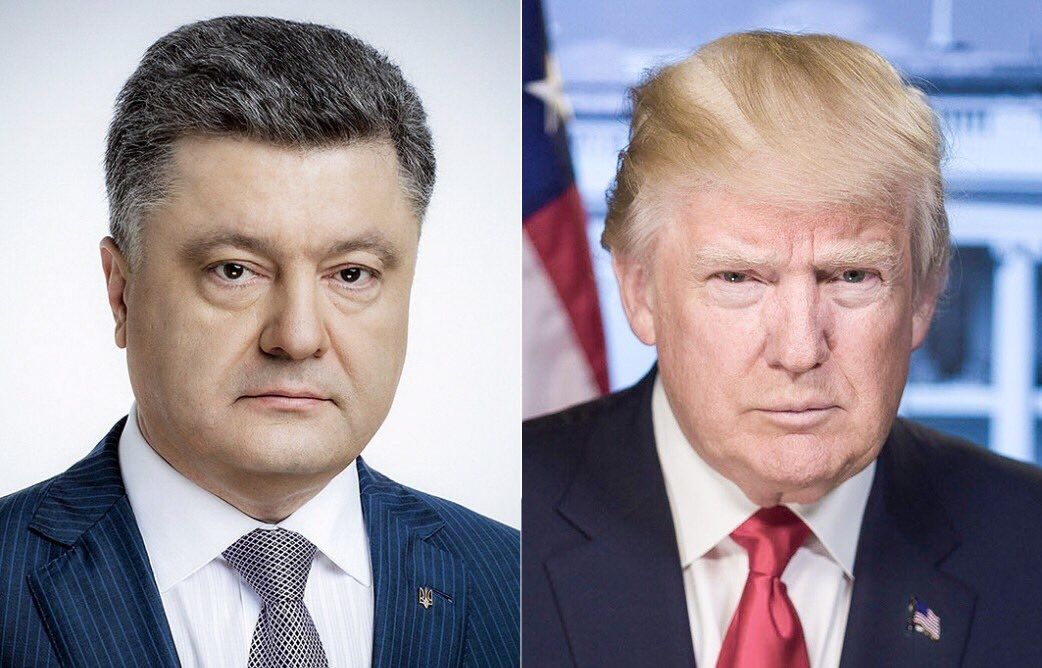 They also touched on Poroshenko's forthcoming visit to Washington / Photo from twitter.com/poroshenko

"Petro Poroshenko congratulated Donald Trump on his inauguration as head of the United States and called for the strengthening of a dialogue with the new U.S. Administration at all levels," the Ukrainian president's administration said in a follow-up statement.

Both leaders express readiness to explore additional steps to enhancing the strategic partnership between Ukraine and the United States.

Particular attention was paid to the settlement of the Donbas crisis and the establishment of peace via political and diplomatic means.

The two leaders expressed deep concern about the spike in tension and deterioration of the humanitarian situation, especially in the area of Avdiyivka. They stressed the need to restore an immediate ceasefire.

The Ukrainian president expressed gratitude to the U.S. Chief Executive for firm support of Ukraine’s sovereignty and territorial integrity.

Poroshenko also highlighted the need to intensify economic and business ties in order to assist in creating new employment opportunities and boosting the welfare of citizens of both countries.

They also touched on Poroshenko's forthcoming visit to Washington.

Read alsoPoroshenko's office: Poroshenko, Trump's meeting date discussed"We will work with Ukraine, Russia, and all other parties involved to help them restore peace along the border," Trump said in a White House statement after talking to Poroshenko, according to Reuters.

Trump's open admiration for Russian President Vladimir Putin and campaign pledge to mend ties with Moscow have raised questions over his administration's commitment to maintaining sanctions against Russia for its involvement in the fighting and annexation of Crimea from Ukraine, Reuters said.

Trump said his respect for Putin would not affect his foreign policy.

Read alsoTrump, Putin talk by phone about stabilizing relations – Kremlin"I respect a lot of people but that doesn't mean I'm going to get along with him. He's a leader of his country. I say it's better to get along with Russia than not," Trump said in an interview with Fox News host Bill O'Reilly on Saturday.

The call was the first direct contact between the two leaders since the inauguration of Trump, whose aim to improve relations with the Kremlin has alarmed Kyiv while the nearly three-year-old conflict remains unresolved.