Savchenko asks Rada to strip her of parliamentary immunity 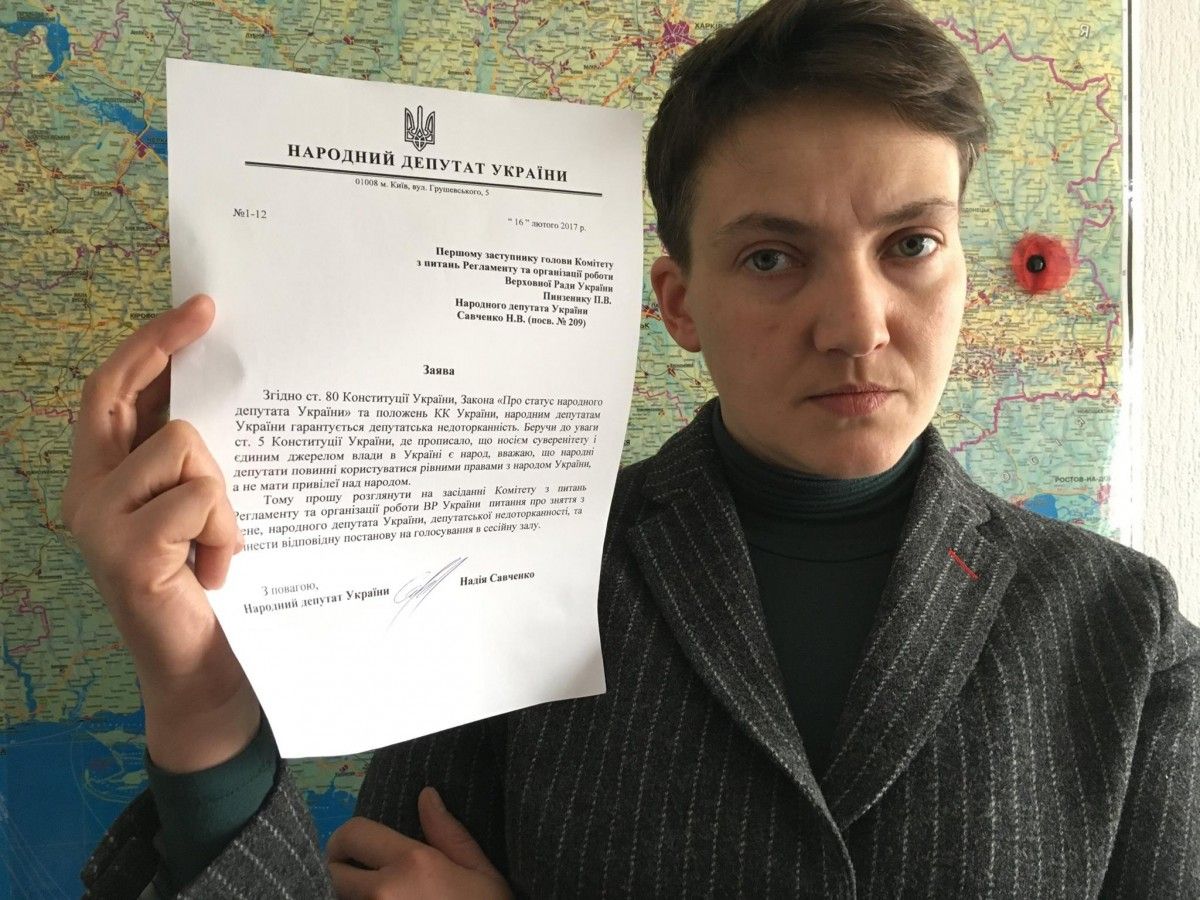 "[It is] the third anniversary of the Maidan. It is time for politicians to keep their promises without [waiting for] a third Maidan! Fulfilling the first promise: I'm giving up parliamentary immunity," Savchenko wrote on Facebook, adding a photo of her application.

She called on all lawmakers, the president and judges to follow her example.