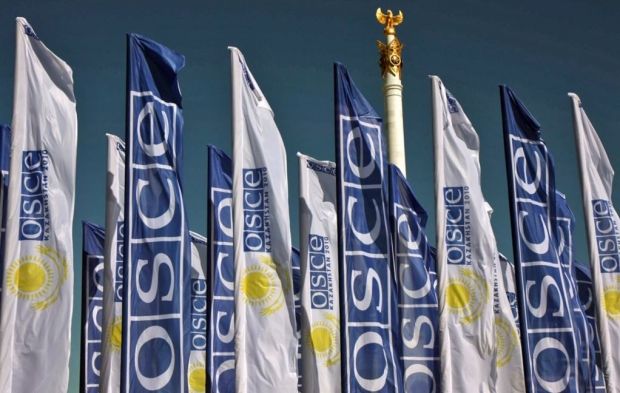 "The OSCE Chairmanship expresses strong concern about this measure taken by the Russian Federation. In our view, this decree is in contradiction to the objectives of the settlement process in eastern Ukraine," the OSCE said in a press release.

The OSCE Chairmanship notes that documents issued on the sovereign territory of Ukraine are only valid if done so by the internationally recognized authorities.

Read alsoEU doesn't recognize travel documents of self-proclaimed Donbas republics"While the OSCE Chairmanship supports efforts to normalize the situation of people living in Donbas and to encourage freedom of movement, it cautions that this should be done in full compliance with OSCE principles and commitments as well as the Minsk agreements. Unilateral actions jeopardize efforts to resolve the crisis in and around Ukraine," the report says.

As UNIAN reported earlier, Russian President Vladimir Putin on February 18 legalized the use of "DPR/LPR"-issued passports and other identity documents, namely birth, marriage/divorce certificates, car registration plates, in Russia. Putin's decree stipulates that the "DPR/LPR" documents are supposedly recognized temporarily until the situation in Donbas has been settled.

Earlier, the RBC media outlet found out that the holders of the "DPR/LPR" passports could also use services of Russian railways, airlines, and hotels.