Poroshenko: Seizure of Ukraine assets in Donbas another evidence of Russian occupation 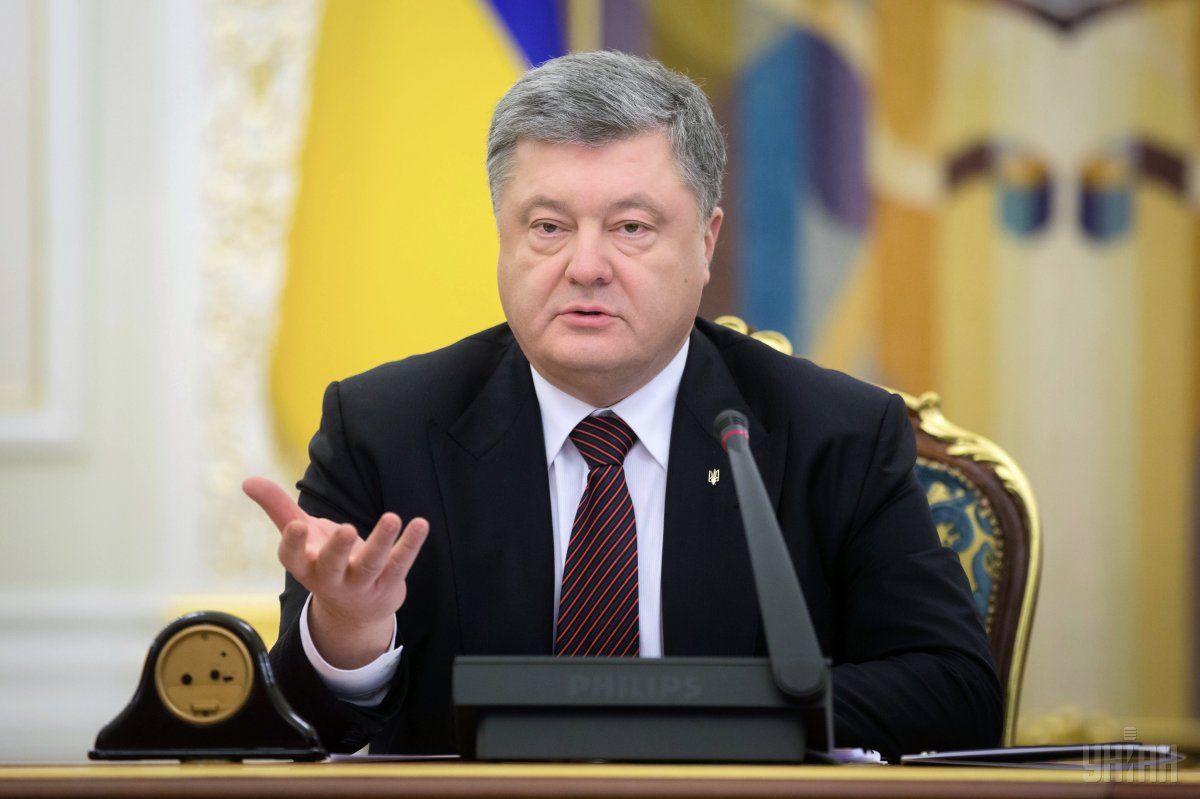 "There was another brutal and dreadful violation of international law – Russia has de facto confiscated Ukrainian state and private assets located in the occupied territory. This is another evidence of Russian occupation of eastern Ukraine," he said at a meeting with Secretary of State for Foreign Affairs of Great Britain Boris Johnson and Minister of Foreign Affairs of the Republic of Poland Witold Waszczykowski in Kyiv on Wednesday.

Read alsoDonbas militants take over control of 40 Ukrainian enterprises, including UkrtelecomHe also called for the introduction of sanctions against individuals who illegally appropriate Ukrainian assets: "Sanctions should be applied against those who will enter into the so-called possession of confiscated assets for the violation of international and Ukrainian legislation."

Poroshenko also noted that the Kremlin had been demonstrating escalation of the situation in eastern Ukraine. Particularly, he pointed out to the issue of security: a drastic increase in the number of shelling incidents and casualties among civilians and the Ukrainian military, as well as the use of heavy artillery.

Read alsoUkraine reports 2 KIA, 4 WIA in Donbas in last dayPoroshenko said that this was taking place against the background of actual pulling these areas in the "ruble zone," gas and power supplies from Russia, the introduction of direct budget transfers.

"This is absolutely clear confirmation of the fact that the territory is occupied by Russian troops along with full control over the state border in the uncontrolled area. In this regard, we emphasize that Russia bears full responsibility for violation of the ceasefire, the murder of Ukrainian troops and civilians, illegal detention of hostages both in the occupied territory and in Russia," Poroshenko said.