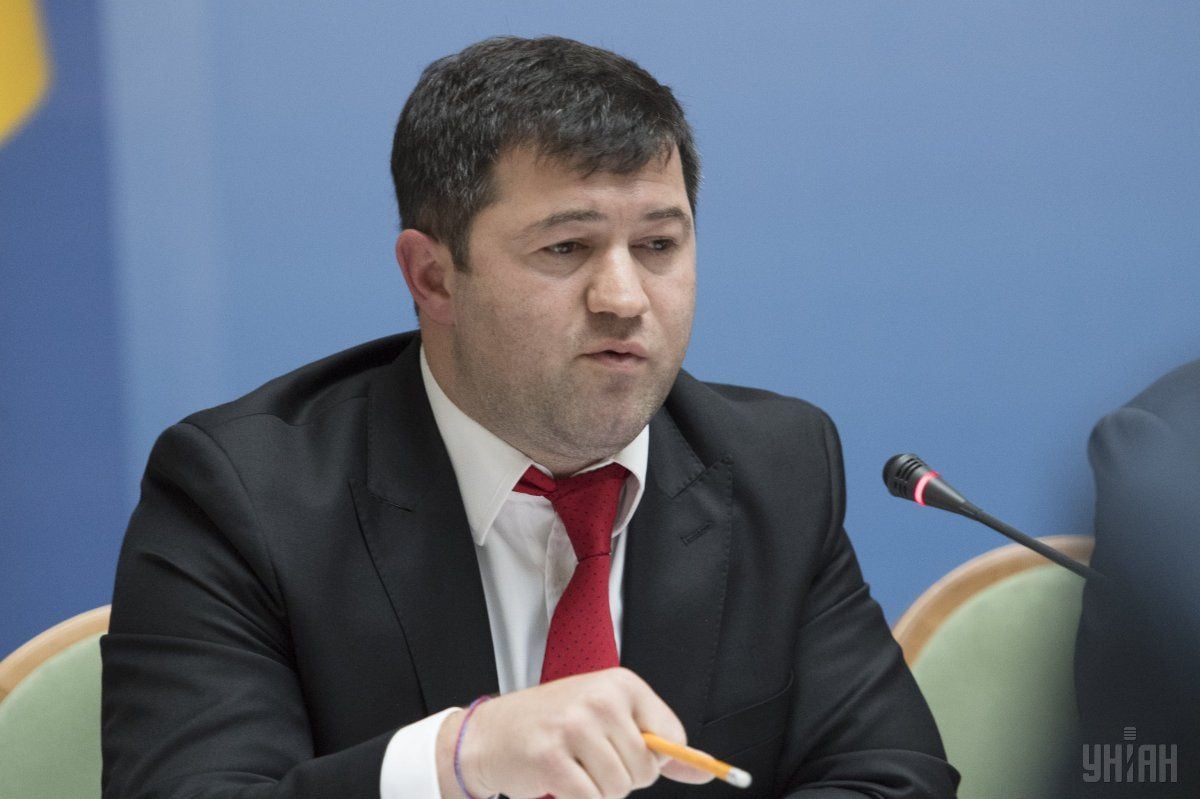 Besides, the investigators seek the SFS head's dismissal from his post.

"Specialized Anti-Corruption Prosecutor's Office will apply [to the court] that the Chairman the State Fiscal Service be remanded in custody and removed from office," the statement reads.

Read alsoE-declaration follow-up: NABU opens 25 casesAs UNIAN reported earlier, On Thursday, March 2, the National Anti-corruption Bureau of Ukraine and the Special Anti-corruption Prosecutor's Office of Ukraine (SAPU) held a number of raids in the State Fiscal Service's offices, including its head office. Nasirov is charged under Article 364 of the Criminal Code of Ukraine (the abuse of power or official position).

NABU suspects that the SFS-approved installment plan for rent payments for gas production was part of the scheme by MP Oleksandr Onyshchenko's firms on misappropriation of funds PJSC Ukrgasvydobuvannia in the amount of UAH 740.07 million.

Read alsoChief taxman suspected of inflicting UAH 2 bln damage to Ukraine's budgetInvestigators believe that the criminal activities of the group Onishchenko were disguised by the fact that the firm did not pay rent to the state budget. And due to this, they transferred part of the money to the accounts of Ukrgazvydobuvannia under the guise of income from joint operations. This was the actual reason to secure an installment plan with the State Fiscal Service, NABU finds.

Roman Nasirov in his earlier comments to the media said he did not recall the circumstances under which he signed the documents granting benefits to the firms of the fugitive MP, claiming that in 2015-2016, many companies in this sphere secured their installment plans under 36% per annum, provided by the Tax Code.