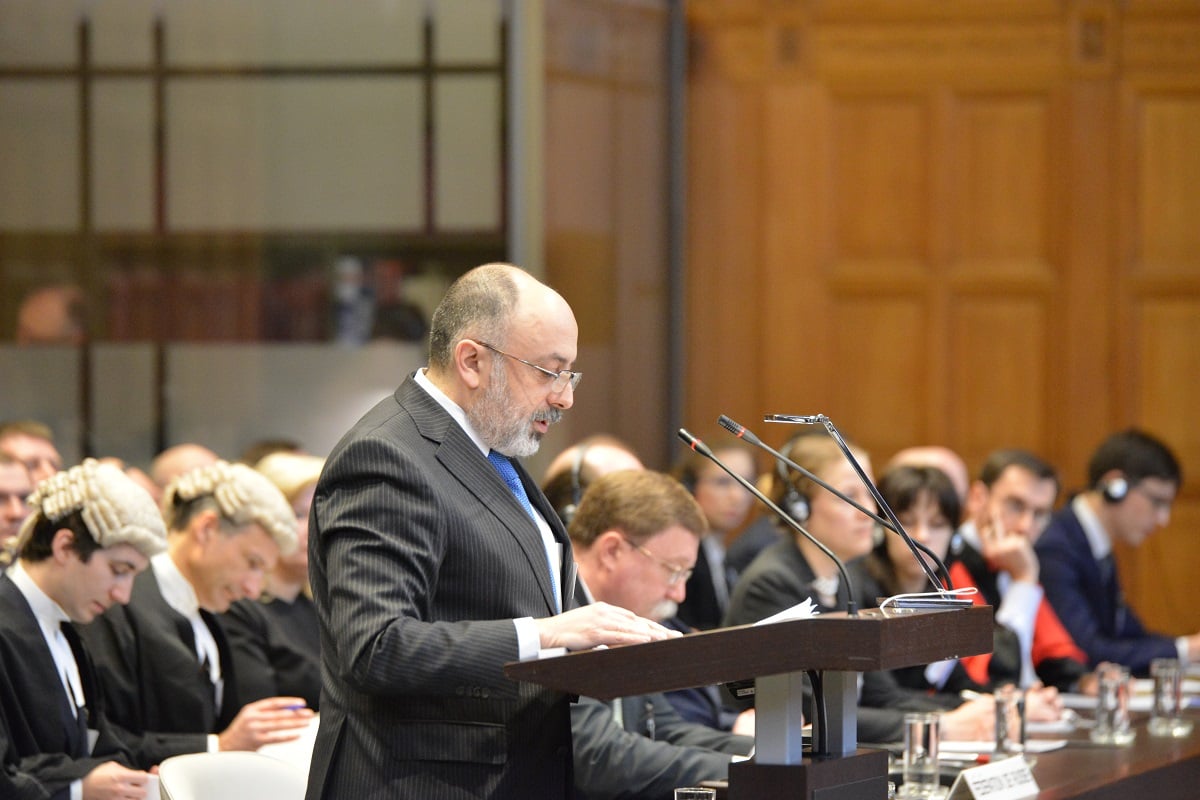 The case is being considered as an urgent matter.

On the second day, the Russian side presented its position, which, as was expected before, denied all the accusations brought by Kyiv.

"Russia has fully been fulfilling its obligations under both conventions [the International Convention for the Suppression of the Financing of Terrorism and the International Convention on the Elimination of All Forms of Racial Discrimination]. We do not see either legislative or factual grounds for such [provisional] measures," Russian representative at the public hearing in The Hague Roman Kolodkin said on Tuesday.

Representatives of the Russian Federation used well-known rhetoric about the "coup," "extremists," "rebels" and other terms used by Russian propagandists in foreign policy vis-à-vis Ukraine since 2014.

Moscow rejected accusations of sponsoring terrorism in the east of Ukraine and supplying weapons to fighters of the self-proclaimed republics in Donbas, explaining that the weapons had been seized from the Ukrainian army and from former Soviet army storage sites built in coal mines in Ukrainian territory.

Read alsoUkraine reports 122 attacks, 4 WIA's, 1 KIA in Donbas in last dayAnother agent of Russia Ilya Rogachev designated the Anti-Terrorist Operation (ATO) conducted by the Ukrainian authorities in Donbas as a "conflict unleashed by the Ukrainian government, its armed forces and irregular battalions against people in the east of Ukraine who self-organized as the 'LPR' [the self-proclaimed Luhansk People's Republic] and 'DPR' [the self-proclaimed Donetsk People's Republic] while seeking protection against those who seized power during the [alleged] coup [in Kyiv in 2014]."

Another Russian representative Samuel Wordsworth went in his counterarguments as far as accusing Ukraine of being a terrorist itself.

As UNIAN reported earlier, Ukraine instituted proceedings against the Russian Federation on January 16, 2017, with regard to alleged violations of the International Convention for the Suppression of the Financing of Terrorism of December 9, 1999, and the International Convention on the Elimination of All Forms of Racial Discrimination of December 21, 1965. Both states are parties to these two instruments.

The provisional measures Ukraine requests include a freeze on providing money, weapons, vehicles, equipment, training or personnel to the separatists.