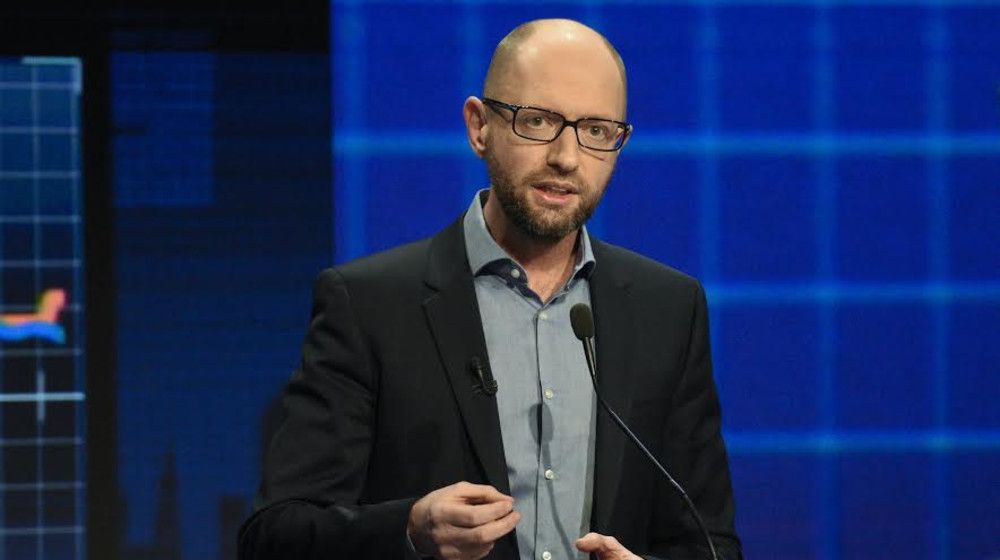 "Vladimir Putin is obsessed with building a new geopolitical architecture," Yatesnyuk told The Telegraph during a recent visit to London.

"We are not the only country in danger," Arseniy Yatsenyuk said. "A new global architecture really could emerge."

He added that the "key thing for today is for the free world to preserve – it has to preserve -- the global order established after the Second World War."

Yatsenyuk said he wanted to convey the message that Ukraine must remain on the radar of the United States, the United Kingdom and the EU.

Read alsoEx-PM Yatsenuyk: World looks forward to U.S. leadership in maintaining int'l peace and securityHe notes the recent change in the White House rhetoric, suggesting that following the British prime minister's trip to Philadelphia and Washington both the U.S. and UK are on the same positions regarding continued support for Ukraine, as well as understanding of the real threat Russia poses to NATO member states, the UK and the EU.

In a situation where continued hostilities and serious disagreements between Kyiv and Moscow in the interpretation of the terms and conditions of Minsk Agreements means that these agreements have come to a standstill, according to The Telegraph.

Read alsoPutin spox confirms Russia's envoy met with Trump aides during campaign - mediaAnswering the question of what realistic developments can be, Yatsenyuk stresses that "Plan A" would provide for a full and comprehensive implementation of Minsk agreements. "Plan B" could mean having a Donbas conflict frozen. Noting that fact that the latter option is seen as unacceptable in Ukraine, Yatsenyuk stressed its increasing likelihood.

According to Yatsenyuk, Ukraine will not undermine the Minsk process, "but there are other potential negotiation formats that can be considered - perhaps involving the United States and UK, who, along with Russia, were signatories of the 1994 Budapest Memorandum, which guaranteed Ukraine’s territorial integrity."

Read alsoHead of EU Delegation to Ukraine Mingarelli: We hope EU will be able to maintain its unity on Russia sanctionsAlso, the newspaper notes, Yatsenyuk called for Washington to provide more reliable military support to Ukraine, especially to fight against complex electronic warfare equipment Russia has been using in the east of Ukraine.

"There is a lack of strong political leadership in Ukraine, in the EU countries, and in other states,” said Yatsenyuk, adding that this is a perfect soil for populist forces to grow.