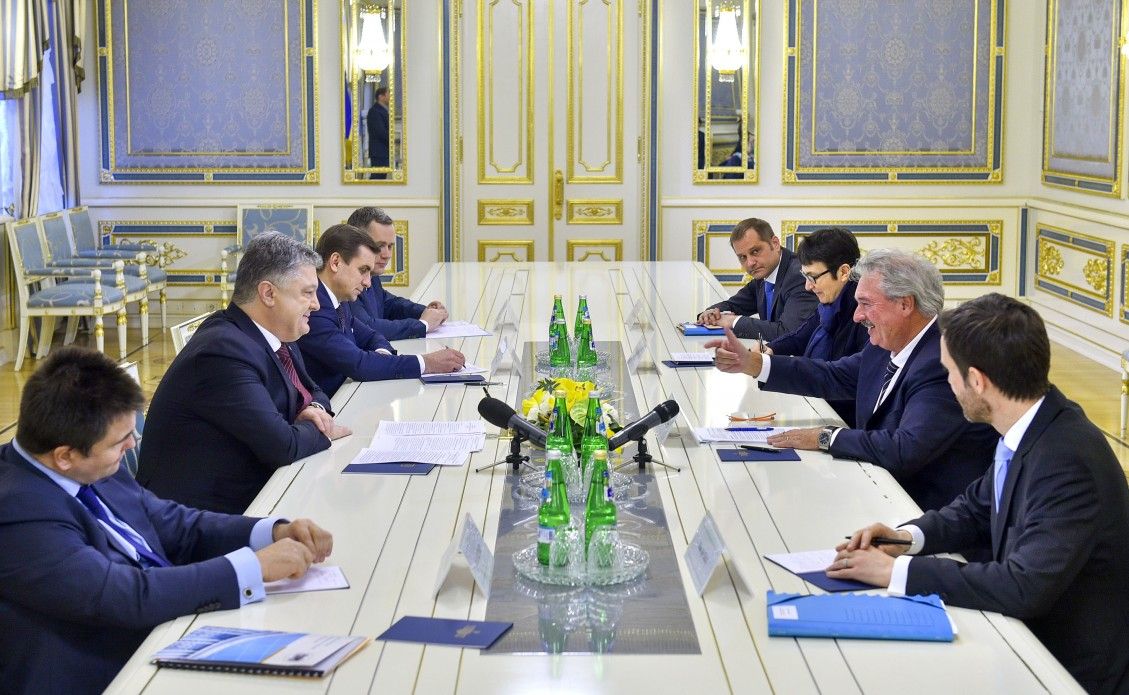 "After the seizure of these enterprises we cannot have any trade relations with these 'confiscated' enterprises. We will not allow any of their activities," Poroshenko told Minister for European and Foreign Affairs of Luxembourg Jean Asselborn in Kyiv on Tuesday.

"And we ask for support of these decisions, inter alia, through the enhancement of the EU sanctions against Russia, which allowed this brutal violation of international law," he said.

The Ukrainian president also noted escalation in Donbas due to acts of provocation by Russia.

Read alsoPoroshenko: Seizure of Ukraine assets in Donbas another evidence of Russian occupationAs UNIAN reported earlier, the de-facto authorities of the "DPR" and the "LPR" announced on March 1 they would "nationalize" the Ukrainian-managed enterprises located in occupied areas in Donbas.

They claimed the reason behind their decision was a blockade of trade launched by Ukrainian activists in the Ukrainian-controlled territory.

The self-proclaimed republics said they had created "special headquarters" that will supervise the withdrawal of the "nationalized" enterprises from Ukraine's jurisdiction.