U.S. envoy to UN: "We should never trust Russia" 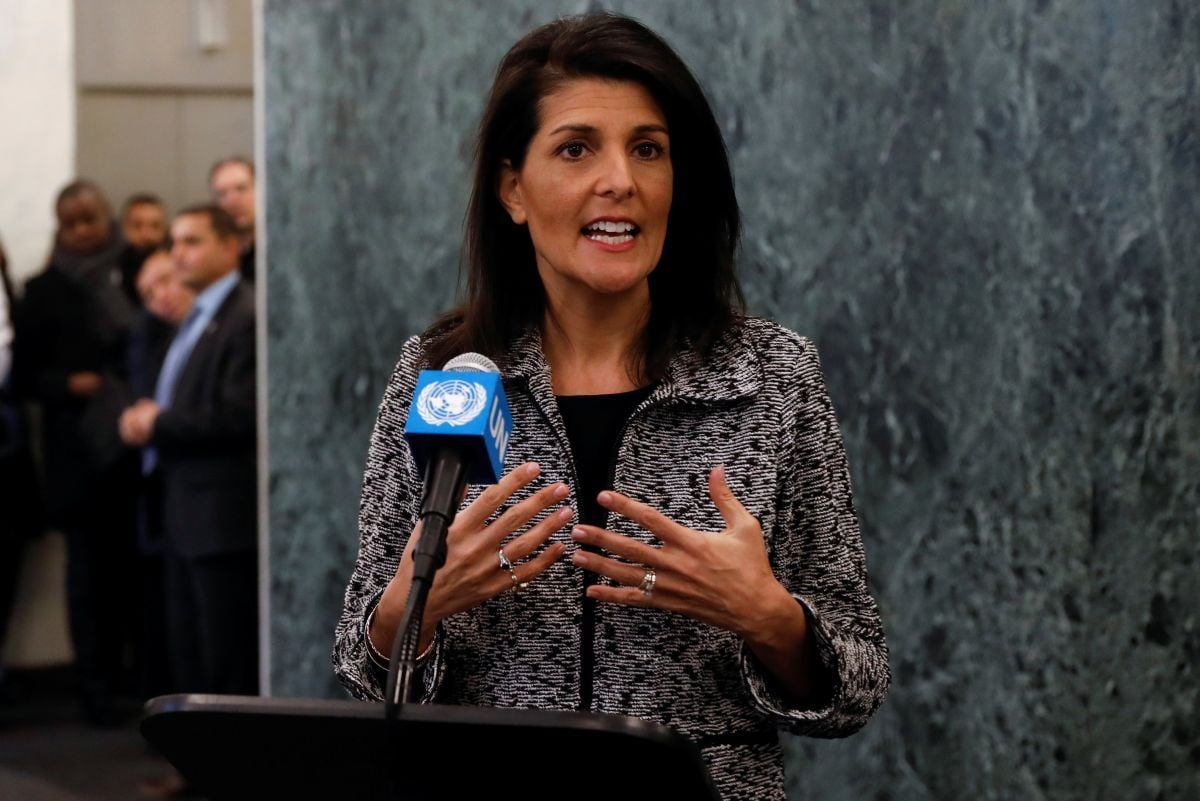 "Take it seriously. We cannot trust Russia. We should never trust Russia," she told NBC News, taking a harsher stance than President Donald Trump, who has suggested that the United States and Russia might have friendlier relations under his administration

Her remarks come in response to a question from Lauer hours after the Justice Department charged Russian intelligence officers for a sweeping criminal conspiracy that hacked 500 million Yahoo accounts in 2014.

Read alsoRussia's attempts to destabilize Ukraine among most serious challenges facing Europe: U.S. Envoy to UNHaley also defended Trump's orders banning travel from certain majority-Muslim nations, saying his executive actions are not the Muslim ban he proposed during his campaign — and that she vocally opposed as governor of South Carolina.