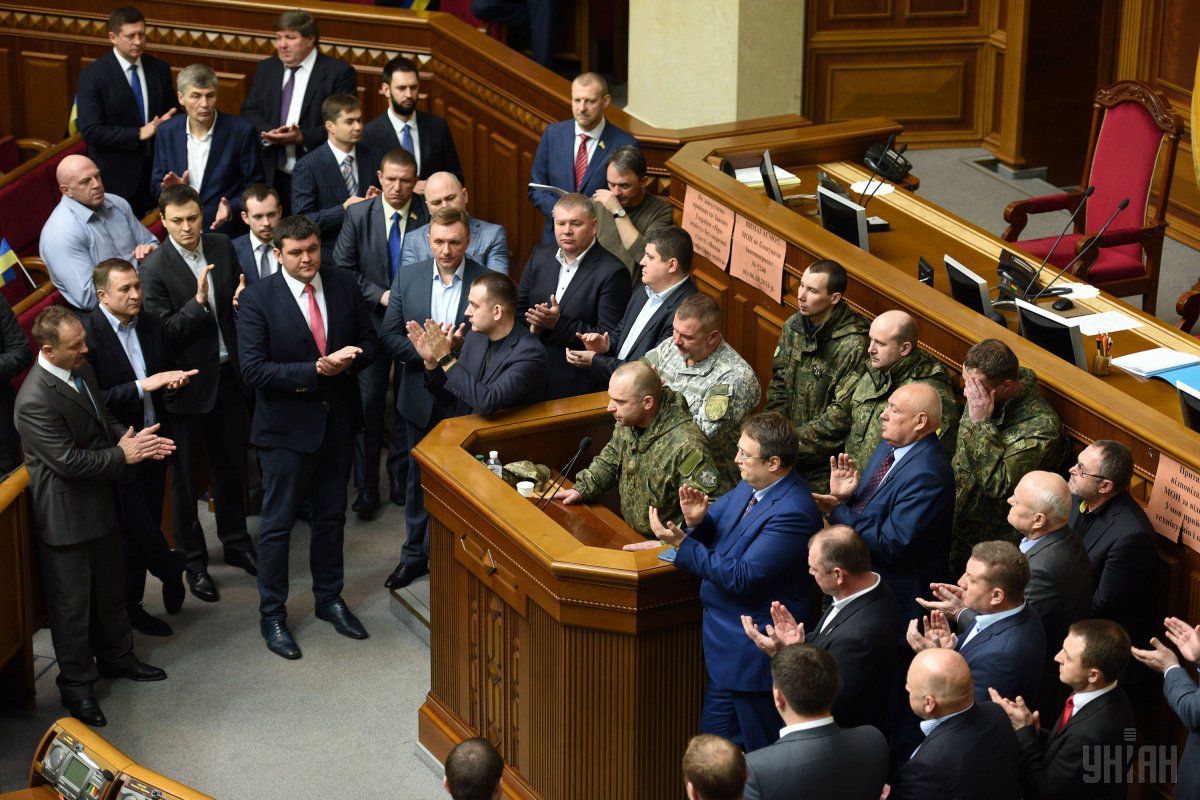 In his words, a column of 13 vehicles, including Parasiuk's car, approached the checkpoint near Sloviansk at about 19:00 local time on March 14.

The police officers who were on duty at the checkpoint as part of countering subversive activity in the ATO zone asked the individuals in the cars to produce their ID documents and let their cars be checked as the rules require.

Read alsoPolice accuse MP Parasiuk of violent attacks, reportedly resort to tear gas, warning shots (Videos)The commander noted that Parasiuk had got out of his car, attempting to break through the checkpoint. The MP used foul language while talking with the police officers.

The commander also said that he is a Donbas war veteran, he served at the ATO zone as a volunteer fighter in 2014-2015 and was wounded in action in 2015. 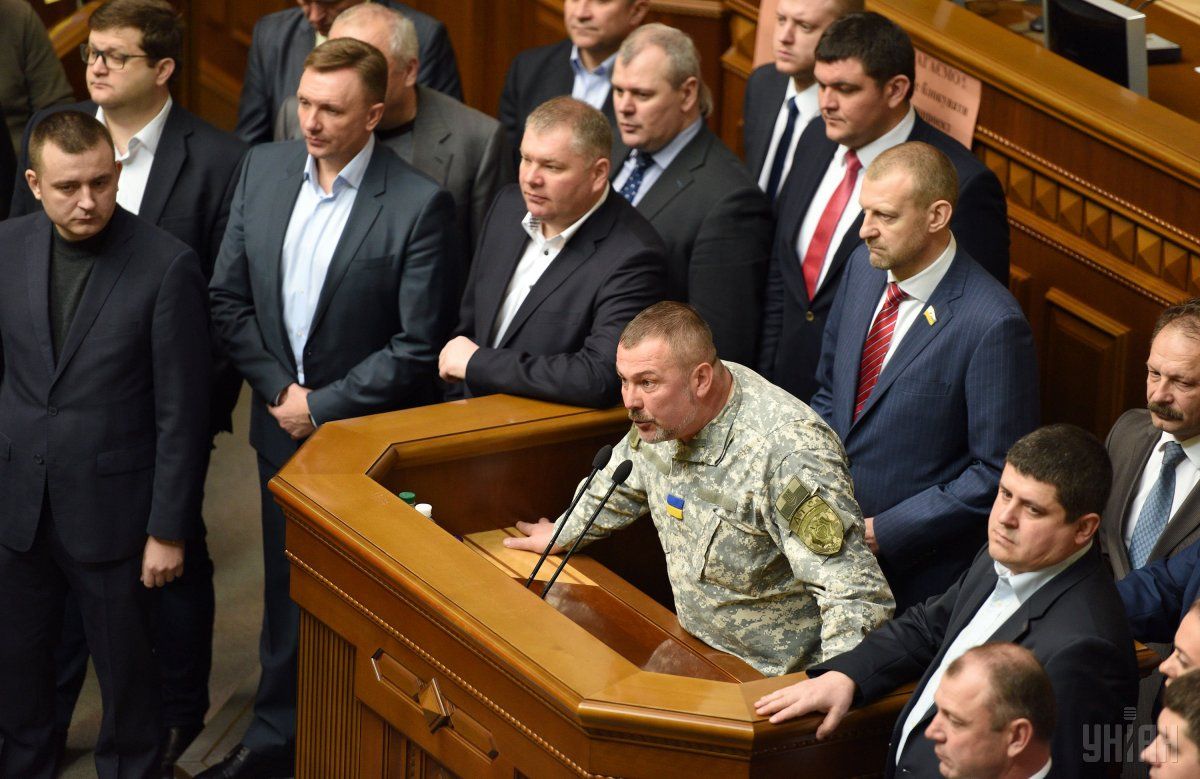 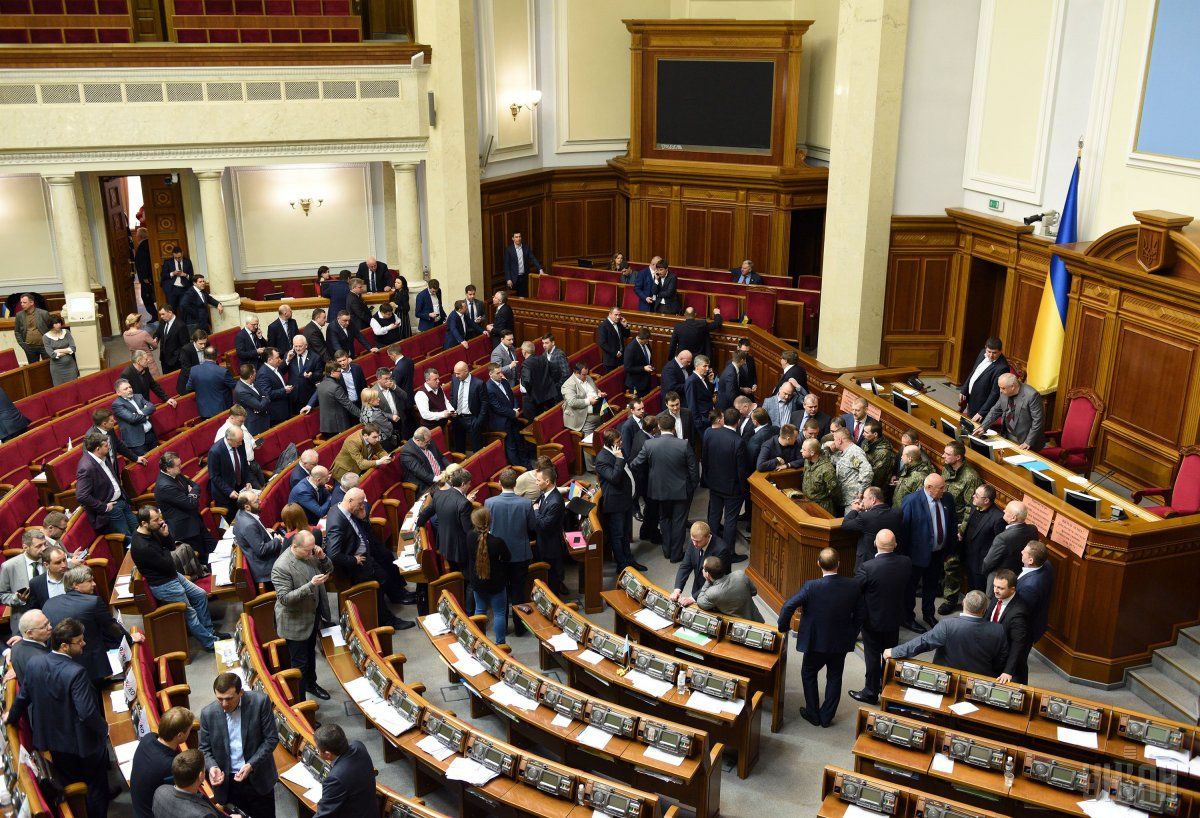 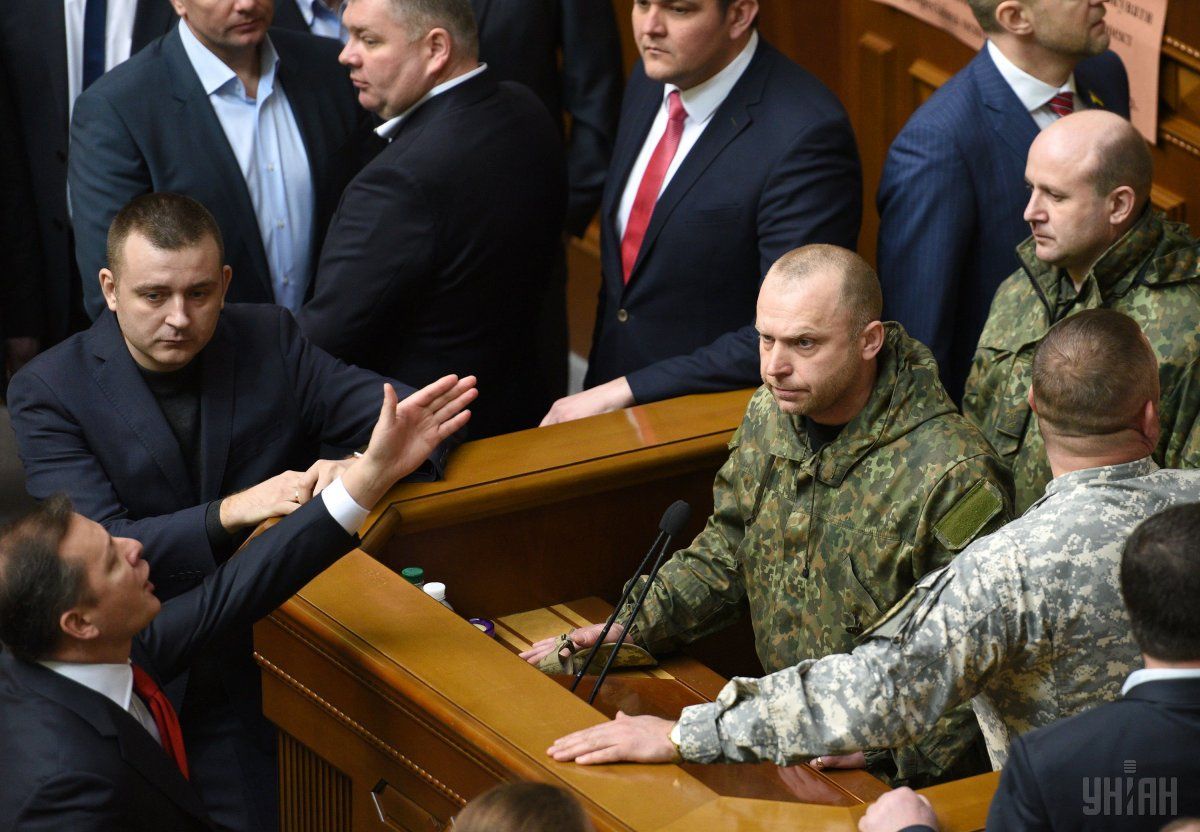 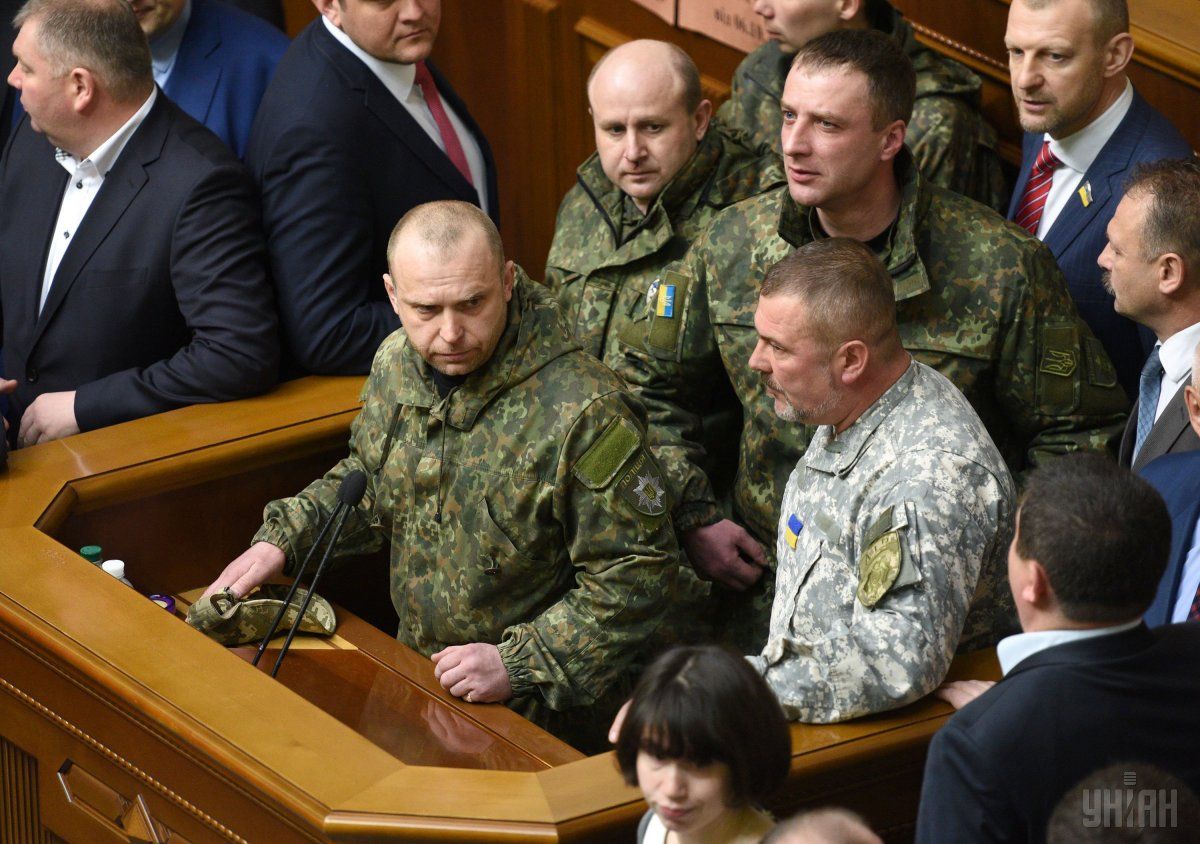 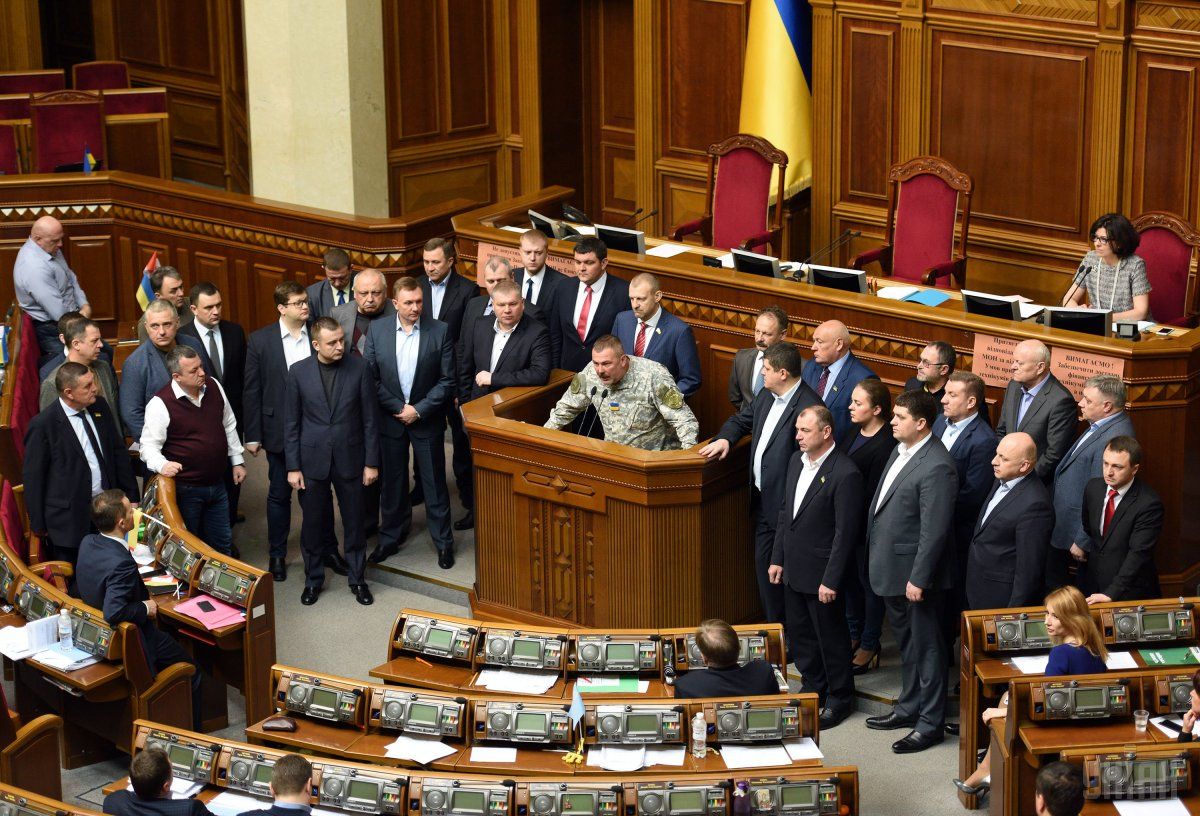 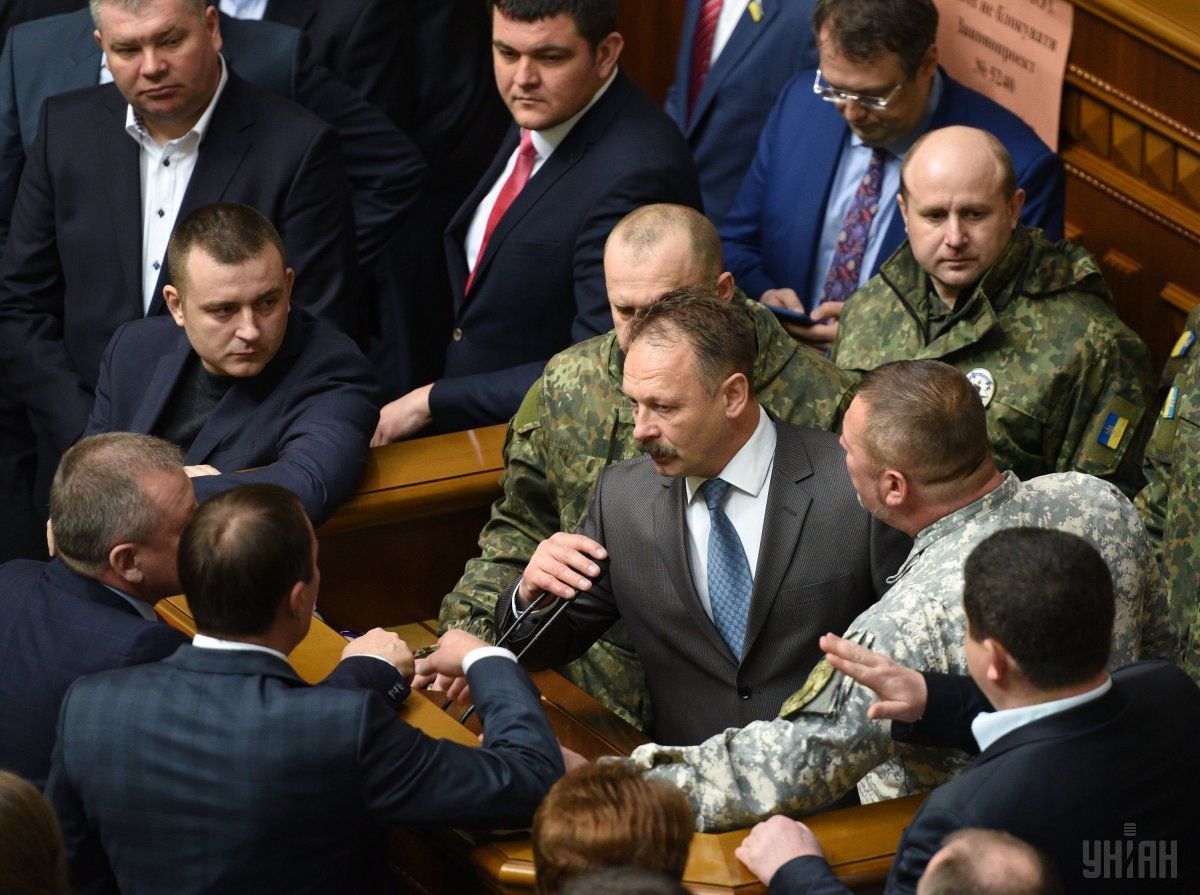 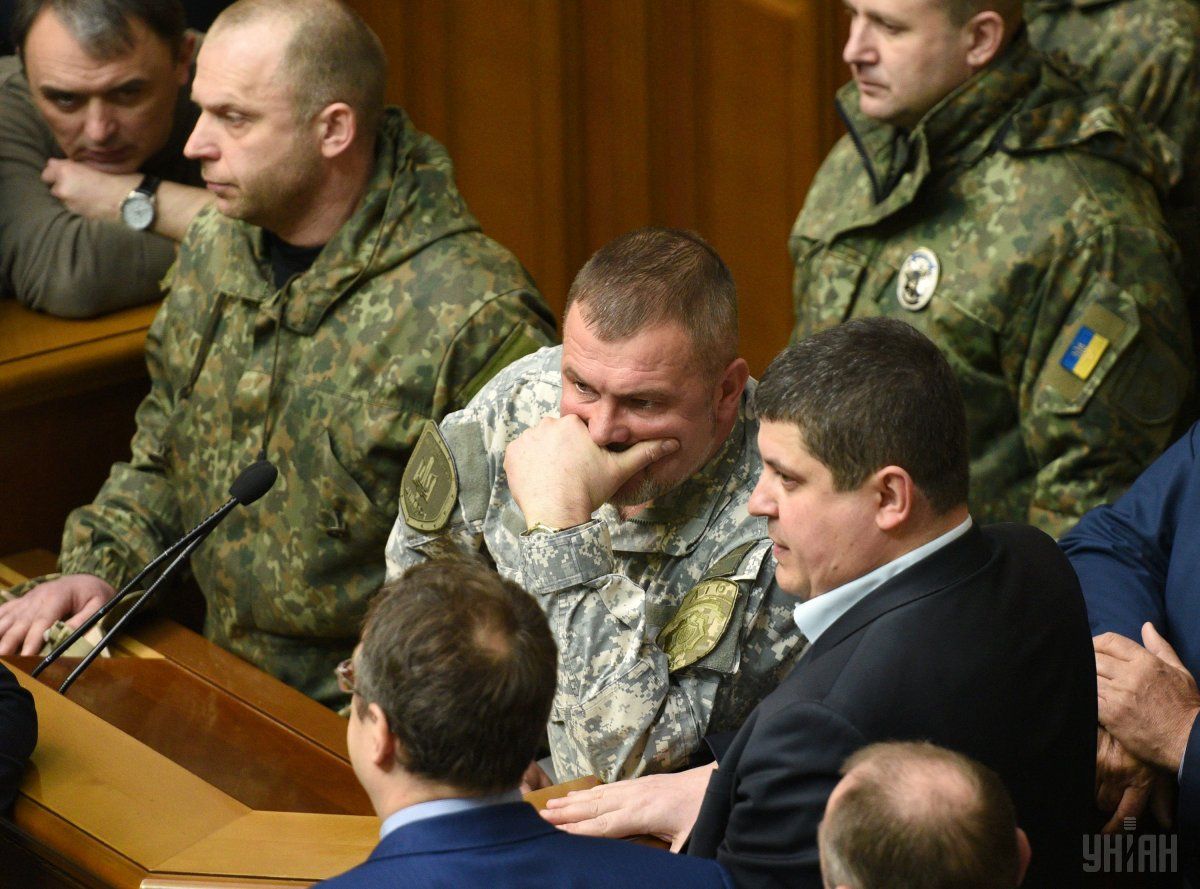 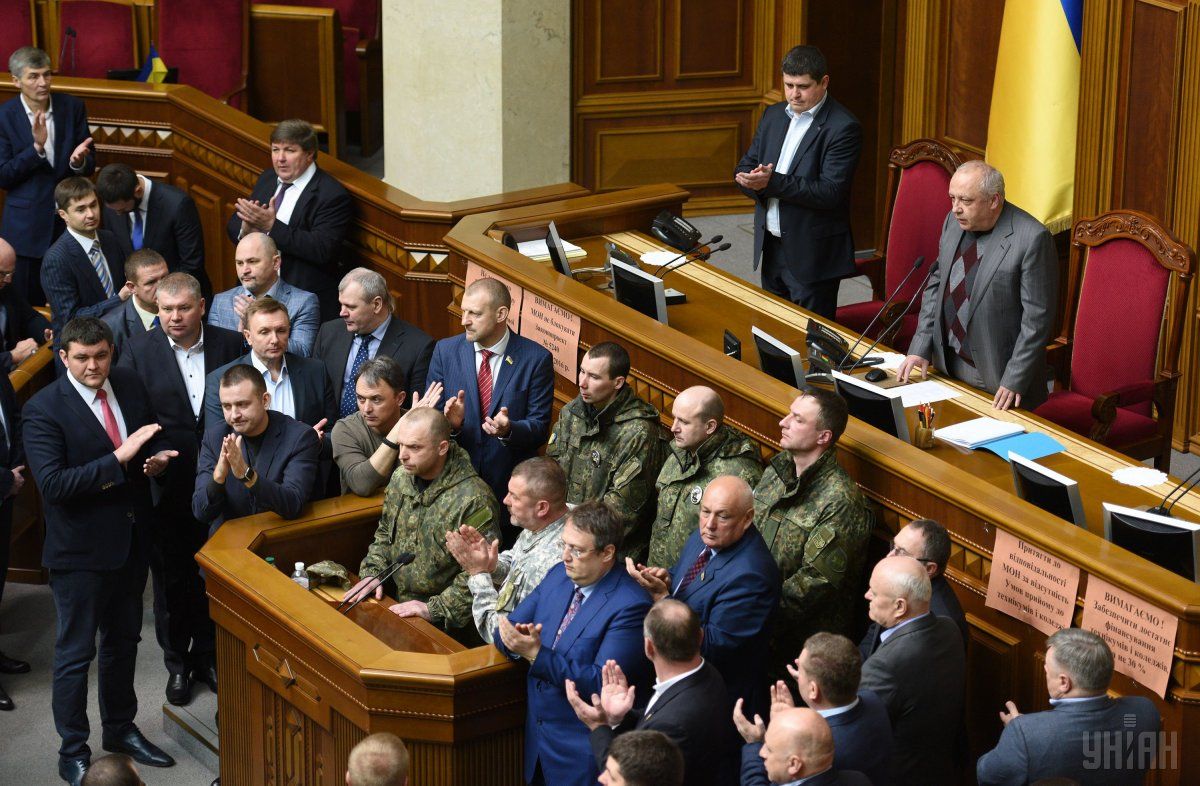 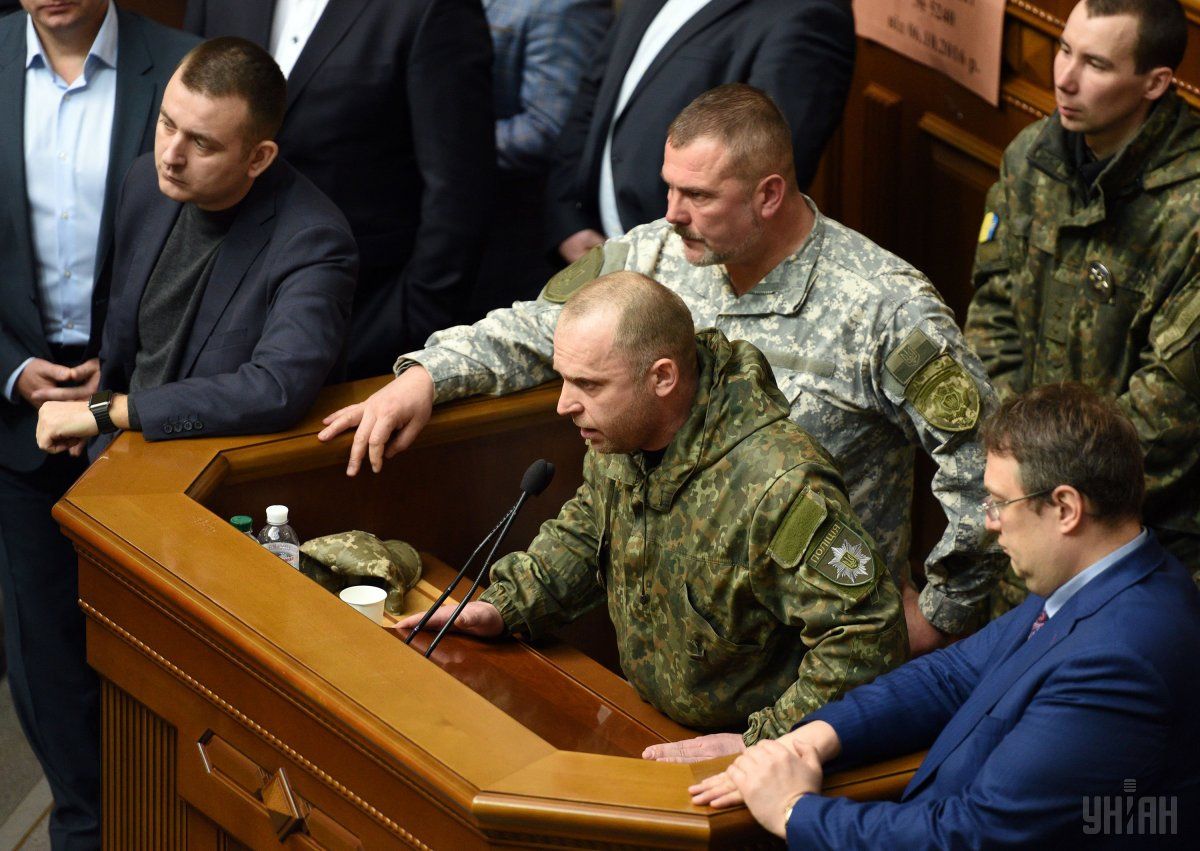 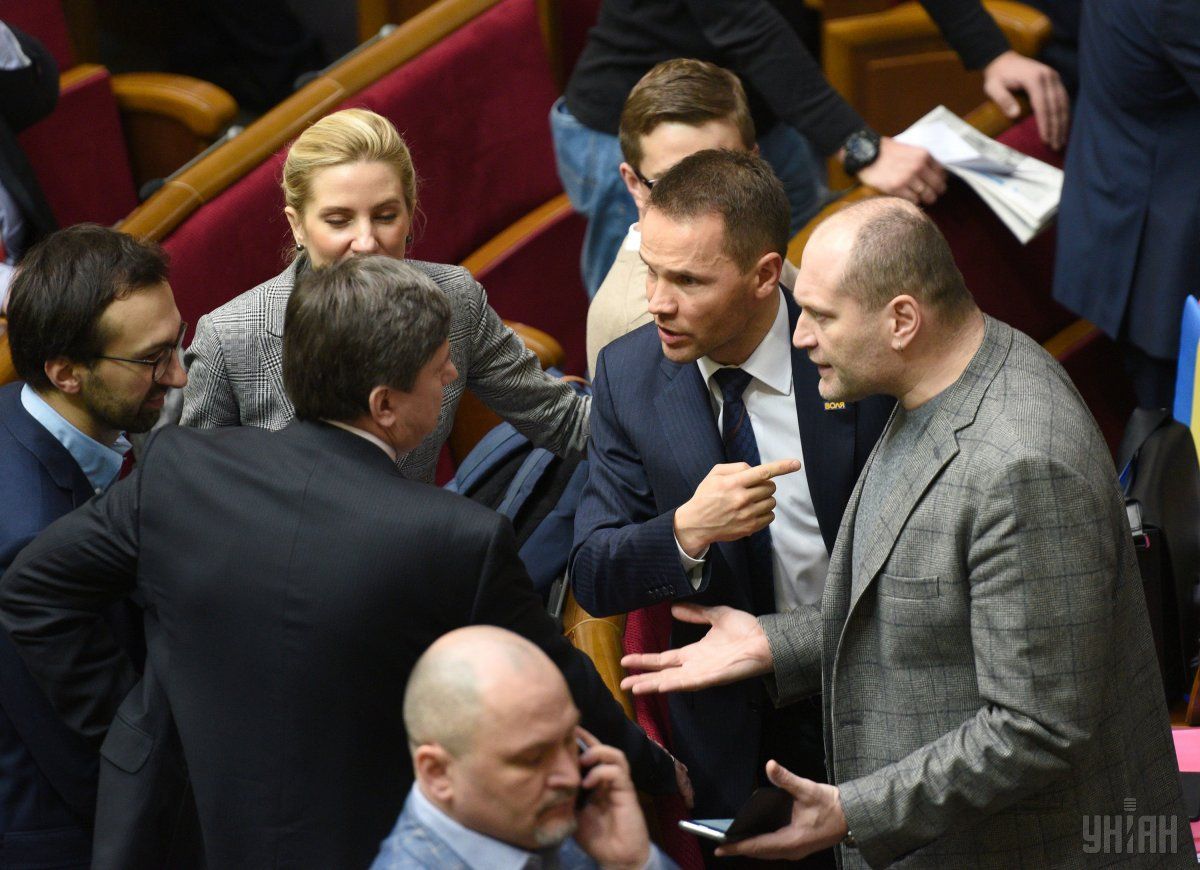 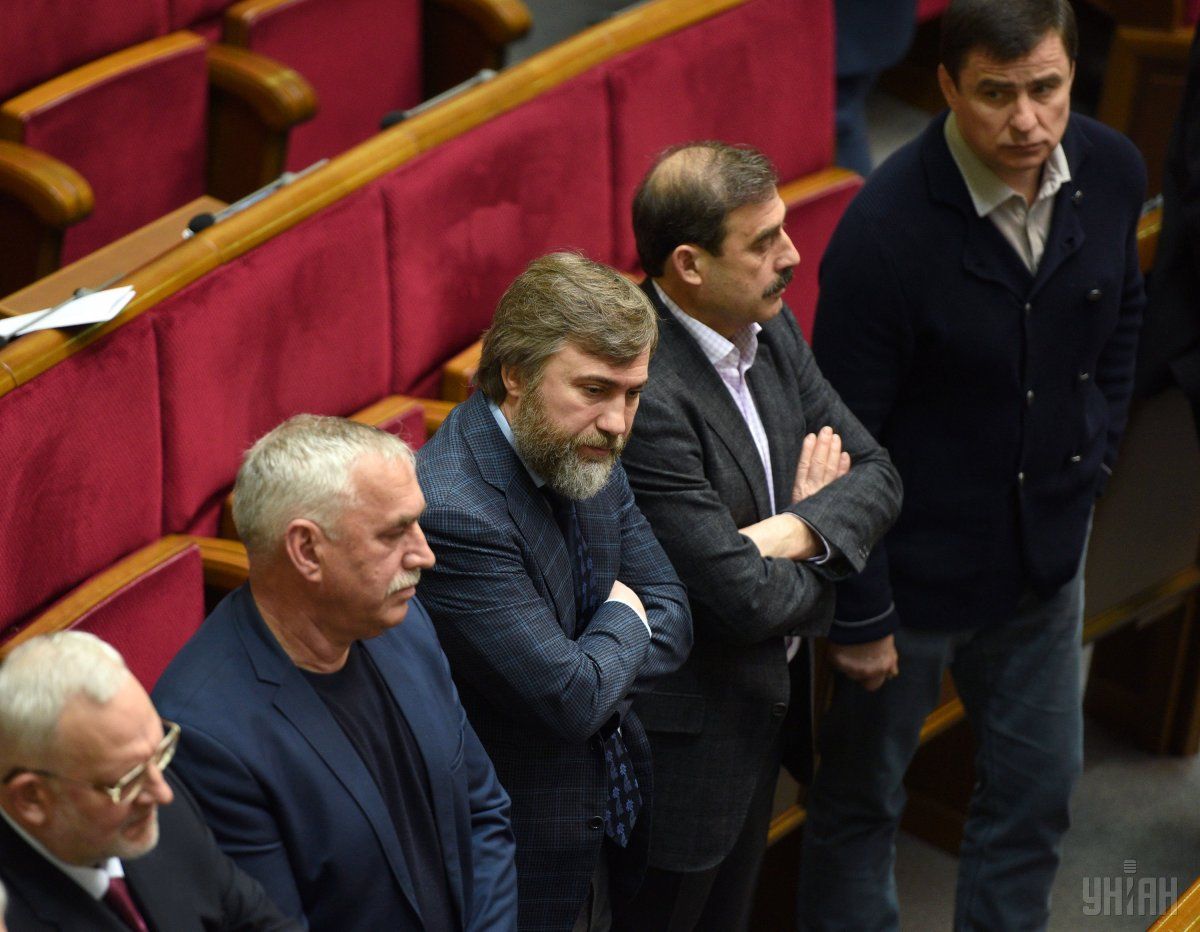 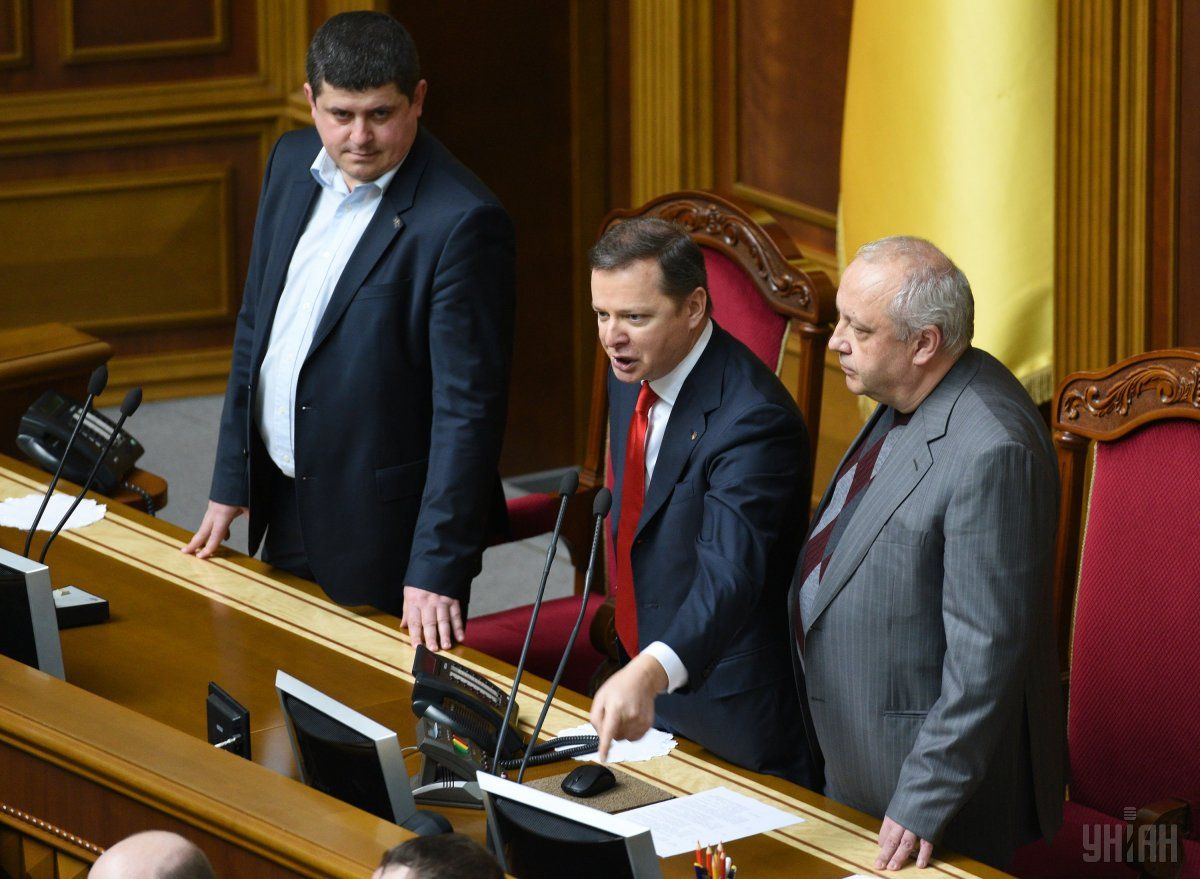 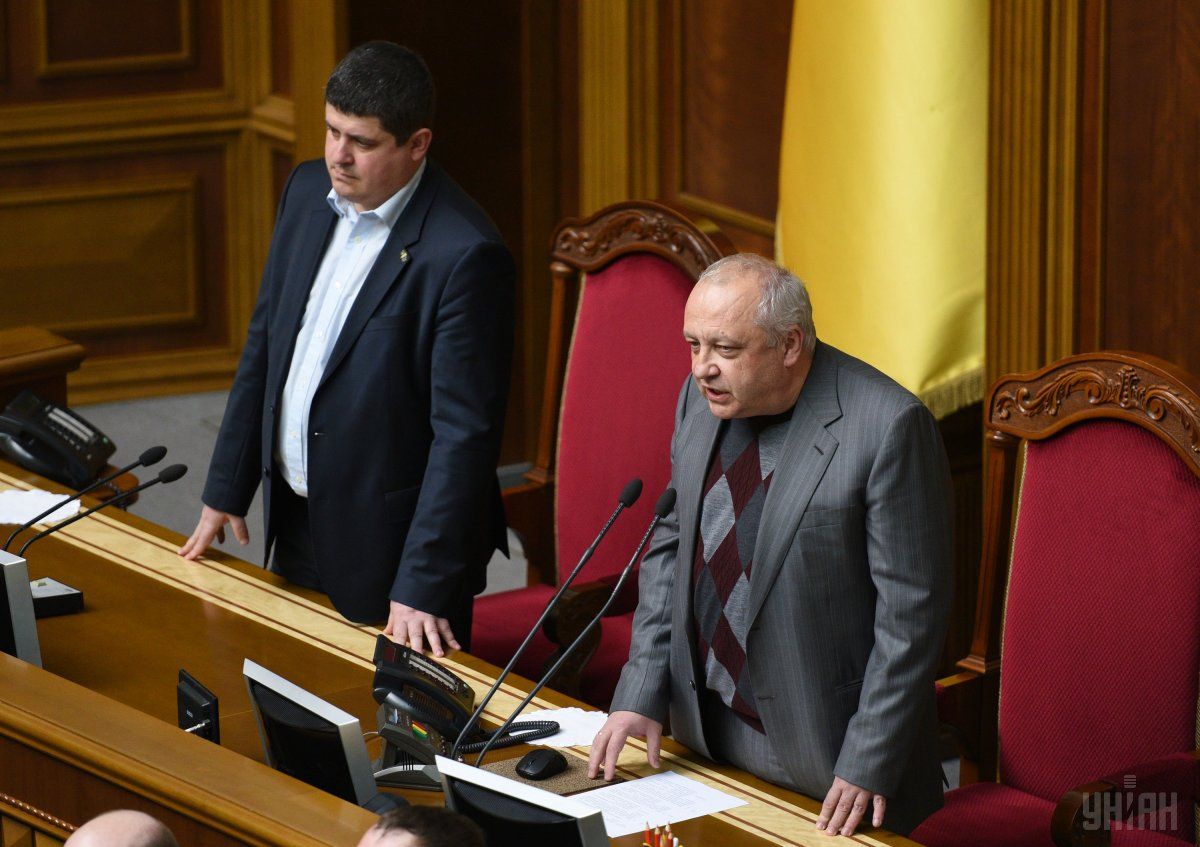 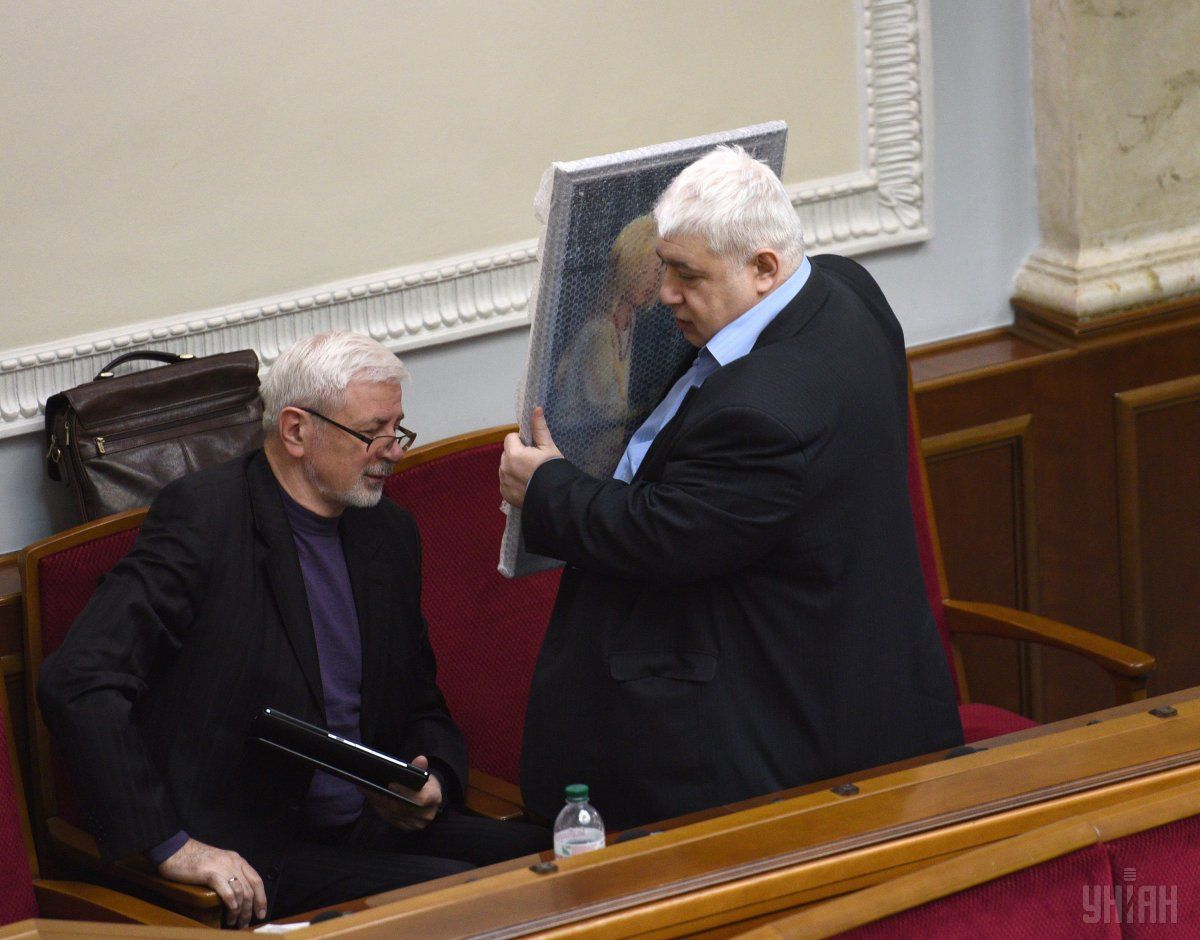 The law enforcers were authorized to use weapons after the MP had tried to seize firearms from police officers and hit them with his car, he said. He claims one of the law enforcers even "racked the slide" of his weapon, but this did not stop Parasiuk.

The commander went on to say that the distance between the police and the group of the individuals who accompanied Parasiuk was very little, and if weapons had been used, this would have had serious consequences.

In his words, as a result of using tear gas, three police officers were hospitalized with serious eye and face burns.

"Some of the attackers had their arms ready; some were holding police officers being at the barrel of these guns. One of the attackers even tried to seize [firearms from the police], which means there was an attempt to take possession of the arms," the commander said.

He noted that the Member of Parliament, being protected by his parliamentary immunity, allows himself to act in a way that offends the police officers.

What is more, the commander alleged that Parasiuk had beaten him and other police officers and used his car to hit them. He claims that one of the police officers was hospitalized with a leg injury; two others had soft tissue bruises.

"We are defenseless against this kind of behavior, when they hold an [MP] mandate in one hand and striking with the other," he said.

At the same time, the commander noted that all the police officers in his unit were Donbas war veterans and almost all of them were volunteer fighters.

As UNIAN reported earlier, a mass brawl occurred between the law enforcers and Ukrainian MP Parasiuk and other individuals on March 14 when a convoy of 13 cars carrying supporters of the blockade of trade with occupied Donbas was passing a checkpoint near Slovyansk. The incident happened amid the verification of their identities at the checkpoint. As a result, seven police officers were injured and criminal proceedings were opened under Part 2 of Article 345 of the Criminal Code of Ukraine (threat or violence against a law enforcement officer). On the same day, police officers had to fire warning shots into the air near the town of Kramatorsk in Donetsk region in order to stop cars carrying the individuals who broke their way through the checkpoint near Sloviansk.

Deputy Chairperson of the Verkhovna Rada of Ukraine Oksana Syroid claims that the presence of the police in the parliament's session hall can be treated as an attempt to "seize" the parliament's hall and rostrum. In her opinion, law enforcement officials "have no right to step onto the floor where parliamentary debates are taking place," because this is contrary to democratic values.

The Wednesday hearings in parliament were closed ahead of schedule because the parliament's rostrum had been "occupied by men dressed in camouflage."

The police's report was initiated by the parliamentary factions of the People's Front, the Petro Poroshenko's Bloc and Oleh Liashko's Radical Party.

The parliament's regulations allow other than parliamentary rapporteurs to report from the rostrum in the Verkhovna Rada only if this is authorized by at least 150 MPs beforehand.