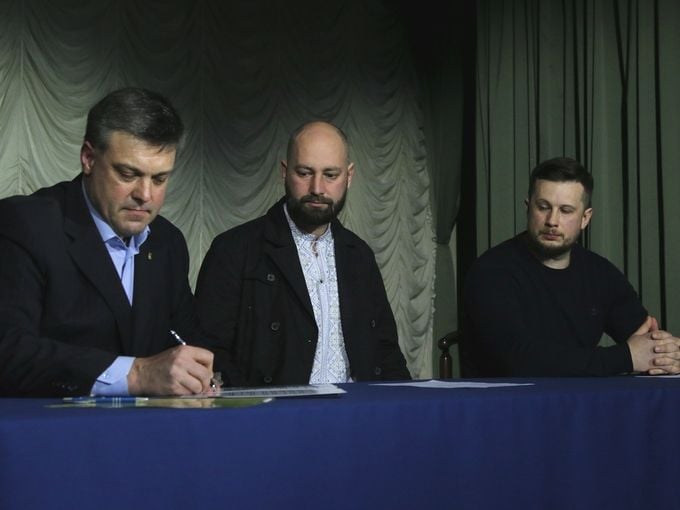 "When nationalists take up power, we will have this manifesto implemented," the report says.

Read alsoAzov activists immuring Russian Sberbank subsidiary's office in Kyiv (photo)The document states that Ukraine should direct efforts toward creating a new European association, the Baltic-Black Sea Union; recognize the Russian Federation an aggressor state at all levels of world diplomacy, and sever diplomatic relations with Moscow; to legislatively recognize separate areas of Donetsk and Luhansk regions as occupied territories and develop an effective plan for the liberation of Crimea and Donbas from the occupiers.