McCain "optimistic" over prospects of U.S. lethal aid to Ukraine 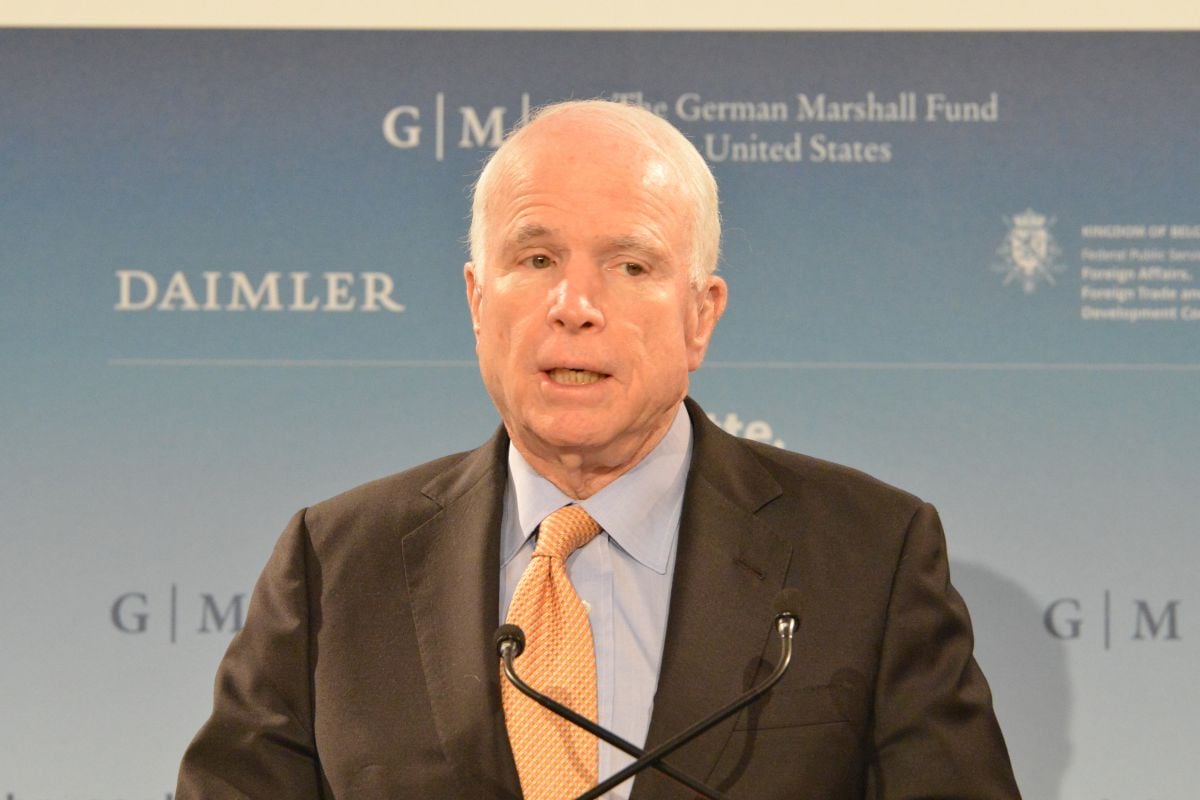 "Obviously, for many years, I have approved of at least the modalities of Ukraine’s entry into NATO. I would say, the first priority for Ukraine and the United States is to give Ukraine lethal weapons, defensive weapons with which to defend themselves, such as Javelin, counterbattery radar, and other capabilities," McCain said

Read alsoRussia says "new tragedies" possible if U.S. supplies lethal aid to UkraineAnswering an UNIAN reporter’s question on the time frame of lethal aid provision, McCain expressed hope that the current U.S. administration could implement such decision as at least some officials are inclined to do so.

"I cannot predict that result but I’m optimistic because I have to be optimistic, because Vladimir Putin has recently stepped up their military activities in eastern Ukraine, as we know. And he will continue to do that as long as he thinks he could get away with it." McCain said.

"Read alsoSenator McCain calls on Trump to provide lethal aid for UkraineAt least we owe these people the ability to defend their sovereign nation which has been invaded by the so-called ‘separatists,’ and we know who they are," the U.S. Senator said.

Commenting on the violent death of a lawyer in Magnitsky case in Moscow and the latest assassination of Russia’s exiled former MP Voronenkov, McCain said that "Vladimir Putin is behaving with impunity, like the thug and gangster that he is."

As UNIAN reported earlier, in an interview with The Wall Street Journal in July 2015, Ukrainian President Petro Poroshenko said Ukraine needed 1,240 anti-tank Javelin missiles to deter Russian aggression, noting that it was a “fair” request.

If you see a spelling error on our site, select it and press Ctrl+Enter
Tags:UkraineUSAMcCainlethalaid