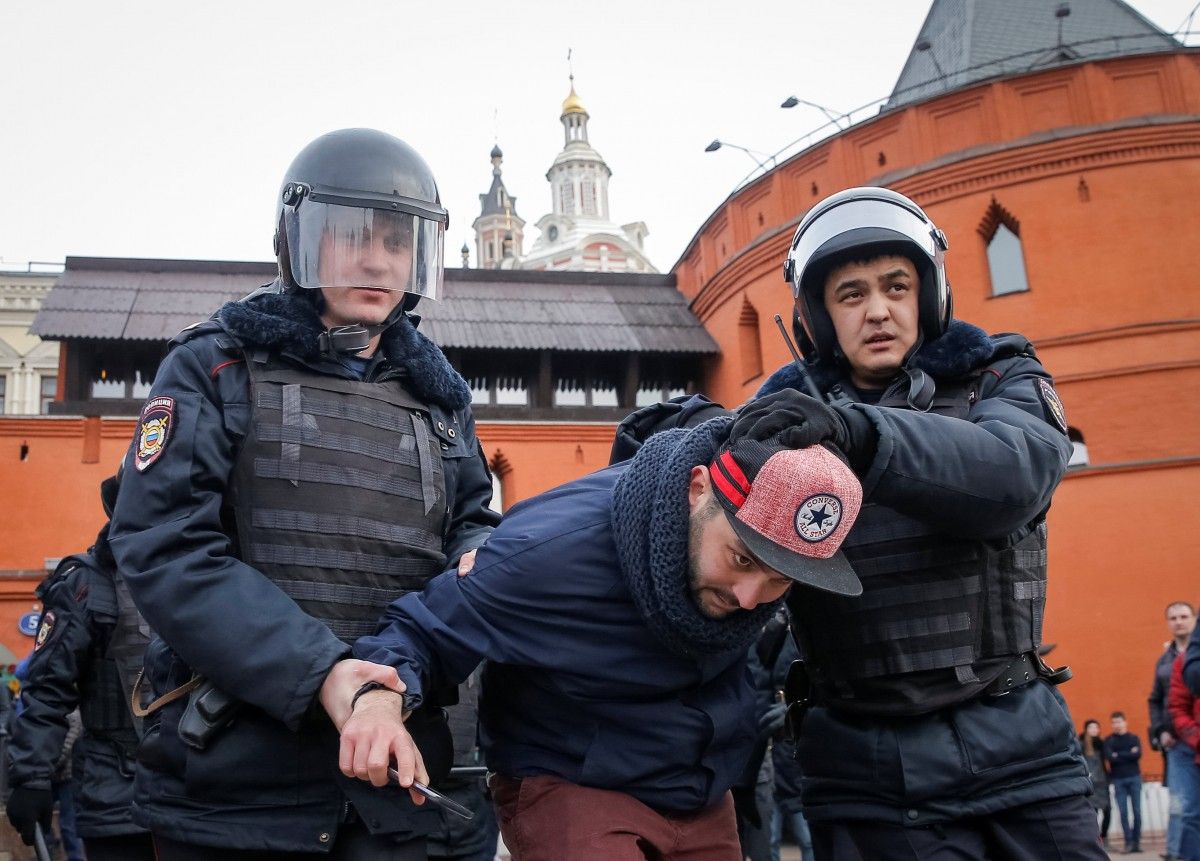 At the moment, at least 120 people have not been released from police stations they had been taken to.

According to human rights activists, at least in 22 police stations across Moscow, detainees were interrogated by detectives of the Investigative Committee, reportedly in connection with the injured policeman.

Read alsoKlimkin: Putin’s desire for new Russian empire not to stop with Ukraine"Most of the detainees have already been released after protocols had been signed on their administrative offense under Article 20.2 of the Code of Administrative Offenses, providing for a fine of up to RUB 20,000 for ‘violation by a participant in a public gathering of the established procedure for holding a meeting.’ They are due to be tried," it was reported.

As UNIAN reported earlier, anti-corruption rallies were held across Russia on March 26. The protests were sparked by the recent publication of an investigation by Alexei Navalny’s Anti-Corruption Foundation on the undeclared real estate of  Prime Minster Dmitry Medvedev.

Read alsoMoscow riot police slams down on anti-corruption rally: many detained including organizer NavalnyAccording to various estimates, in Moscow alone, some 10,000 to 30,000 people took to the streets Sunday.

According to unofficial data, between 5,000 and 10,000 people rallied in St. Petersburg.

If you see a spelling error on our site, select it and press Ctrl+Enter
Tags:Russiaprotestsanticorruption