USAID refutes reports on termination of cooperation with Ukraine's NAPC 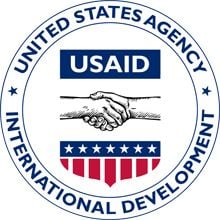 She added that this is the only project the agency is working with the NAPC at the moment.

The official also said that USAID had not had any broader issues of cooperation with Ukraine’s anti-corruption watchdog.

“We’ve been in discussions with them about new programming but we haven’t made any decisions to move forward on any of them.

Answering the question on whether she expects that common ground will be found on new programming, Susan Fritz reiterated USAID’s openness to cooperation.

As UNIAN reported, October 28, one of the NAPC members, Ruslan Ryaboshapka, said that USAID had halted cooperation with the anti-corruption body.

At the same time, on March 29, NAPC chief Natalia Korchak denied reports on complete cessation of USAID cooperation with the agency.

Read alsoTrump might consider joining talks on Donbas – media"I refute information regarding the complete cessation of cooperation. Cooperation continues with regards to political parties, and the scheduled projects will be implemented," Korchak said.

At the same time, People's Deputy from BPP Iryna Friz said that the suspension of USAID cooperation with NAPC was due to the need to audit the use of funds by Ukraine.

If you see a spelling error on our site, select it and press Ctrl+Enter
Tags:NAPCUSAIDcooperation