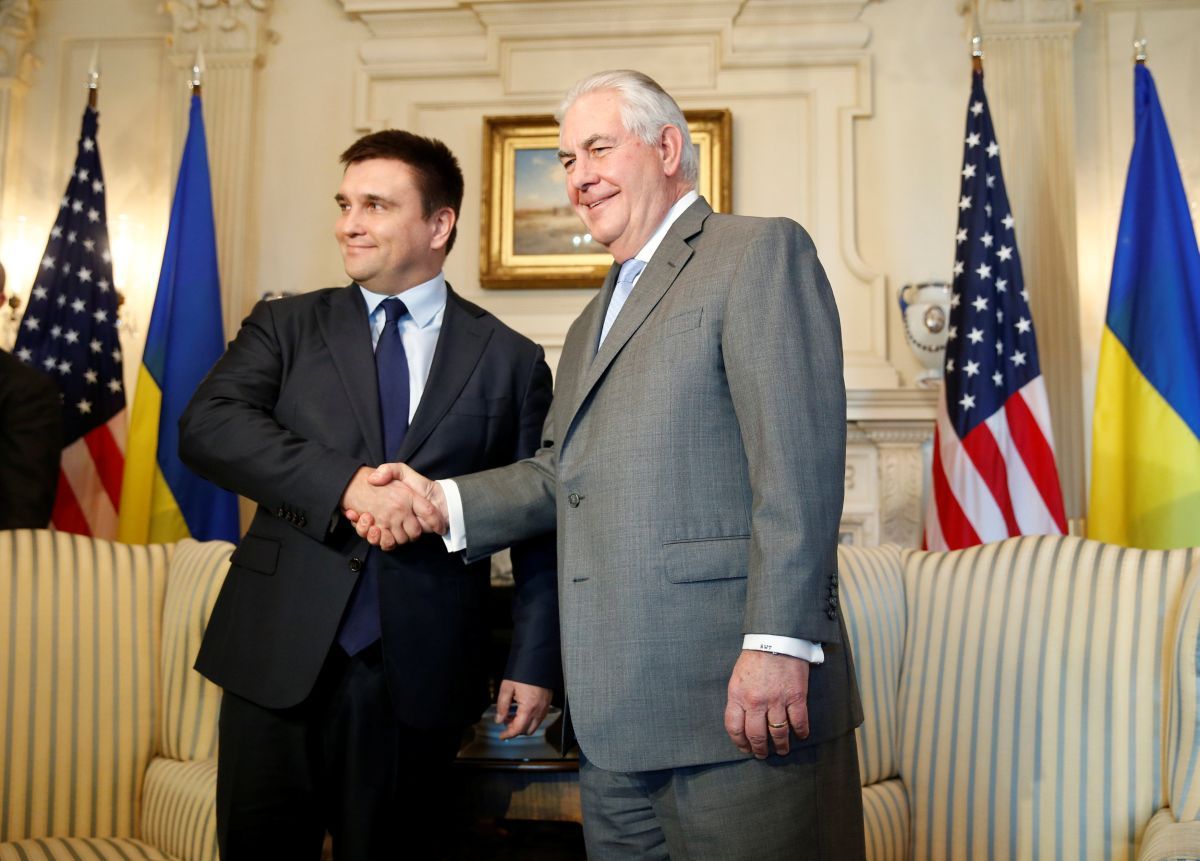 "We will continue to hold Russia accountable to its Minsk commitments. The United States sanctions will remain until Moscow reverses the actions that triggered our sanctions," he said in remarks to the NATO-Ukraine Commission meeting in Brussels on March 31.

"Crimea-related sanctions must remain in place until Russia returns control of the peninsula to Ukraine," he added.

In his words, Russia must understand there is no basis to move forward on the political aspects of the Minsk agreements until there is visible, verifiable, and irreversible improvement in the security situation in Donbas, eastern Ukraine.

Read alsoNATO’s Scaparrotti calls on U.S. to provide lethal aid to UkraineThe United States will continue to support Ukraine in this effort. Since the start of the crisis, the United States has committed over $600 million dollars in security assistance.

"In addition to our bilateral contributions, the United States committed $1.3 million to the Partnership for Peace Trust Fund on Small Arms and Light Weapons, and also contributed to the NATO-Ukraine Trust Fund on Countering Improvised Explosive Devises," he said.

According to him, American and NATO support for Ukraine remains steadfast. "As we have repeated at every Ministerial and Summit since Russia launched its campaign of aggression against Ukraine, NATO Allies stand firm in our support of Ukraine's sovereignty and territorial integrity. We do not, and will not, accept Russian efforts to change the borders of territory of Ukraine," he said.

Ukrainian Foreign Minister Pavlo Klimkin, who was present at the NATO-Ukraine Commission meeting, in turn, thanked NATO for the assistance.

"Special thanks to [the] allies for keeping UA issue highly important, for practical support in further countering RU aggression in Donbas & Crimea," he tweeted on Friday.

If you see a spelling error on our site, select it and press Ctrl+Enter
Tags:RussiaNATOTillersonsanctionsKlimkinUnitedForUkraine