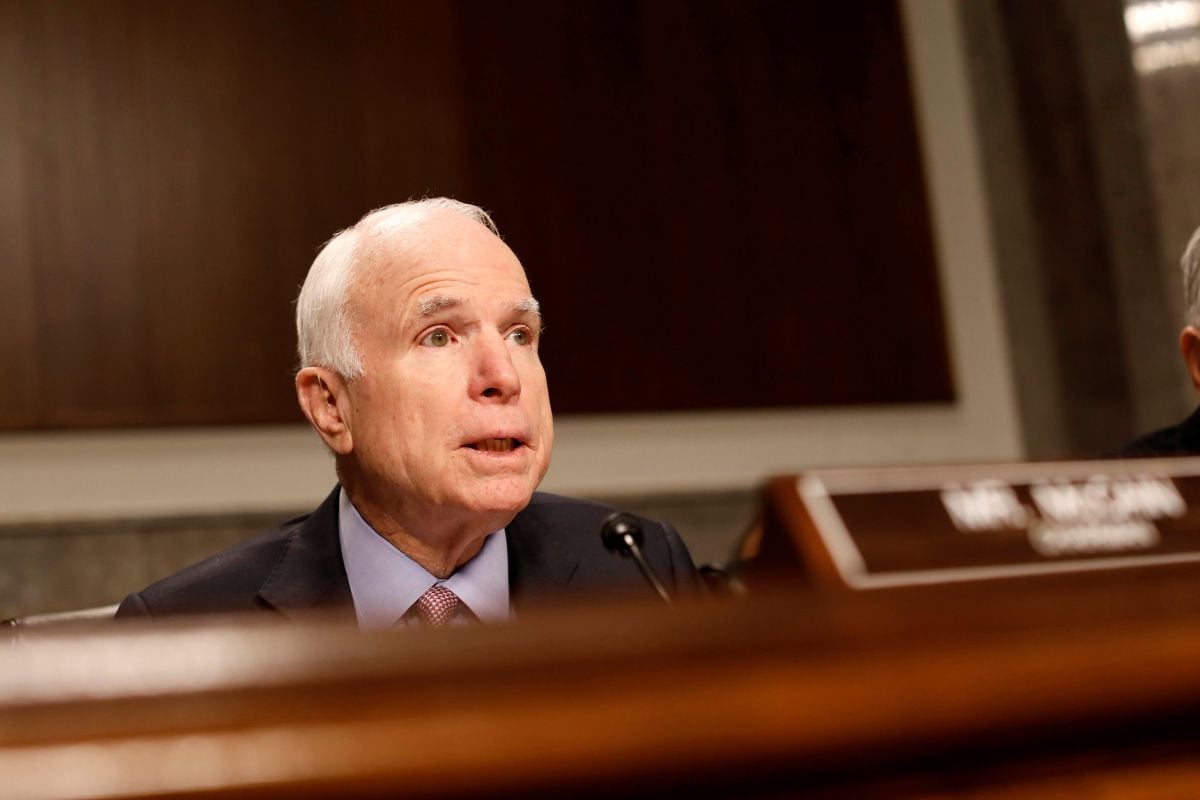 Secretary of State Rex Tillerson, who is slated to meet with Russian president Vladimir Putin next week, expressed support for such aid during his January confirmation hearing, The Weekly Standard reports.

McCain said that Tillerson signaled the potential for providing lethal defensive aid to Ukraine in a meeting Tuesday.

"He certainly said that we need to provide more assistance to—they're seriously considering more assistance to the Ukrainians," McCain, chairman of the Armed Services Committee, told TWS. "I reminded him that it was in the defense authorization bill, he said, 'yes, we are considering that option."

Read alsoAtlantic Council: Arm Ukraine nowMcCain has both discouraged the president from attempting a "reset" with Putin and pushed for the administration to supply Ukraine with lethal defensive aid. He also called for the provision of such aid under President Obama, whose administration preferred nonlethal assistance.

"Each of our last three presidents has had great expectations of building a partnership with the Russian government. Each attempt has failed," he said in January.

Tillerson said in March that sanctions against Russia related to its destabilizing actions in Ukraine will remain as long as those activities continue. Other members of the Trump administration, most prominently U.N. ambassador Nikki Haley, have also been talking tough on Russia.

If you see a spelling error on our site, select it and press Ctrl+Enter
Tags:UkraineMcCainlethalaid