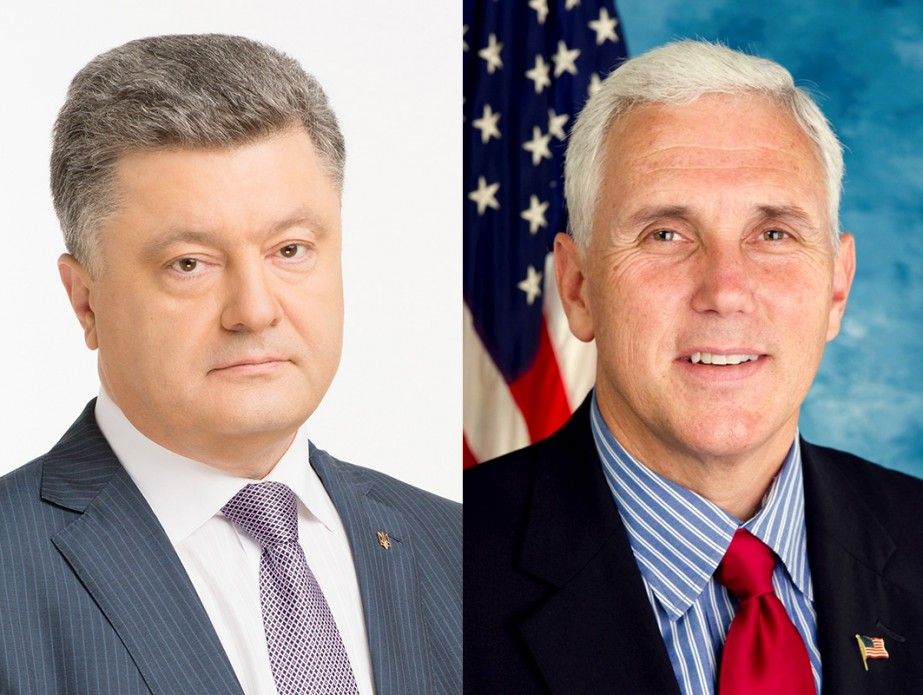 In turn, Michael Pence thanked Ukraine for solidarity with the U.S. after a chemical attack in Idlib.

The Head of State also informed the U.S. Vice President on aggravation of the security situation in Donbas, particularly violation of ceasefire regime by Russia.

The parties also coordinated schedule of bilateral contacts at the highest level.

Vice President Pence congratulated President Poroshenko on the allocation of another IMF tranche noting success of the Ukrainian authorities in the implementation of important reforms.

If you see a spelling error on our site, select it and press Ctrl+Enter
Tags:PoroshenkoSyriaPence