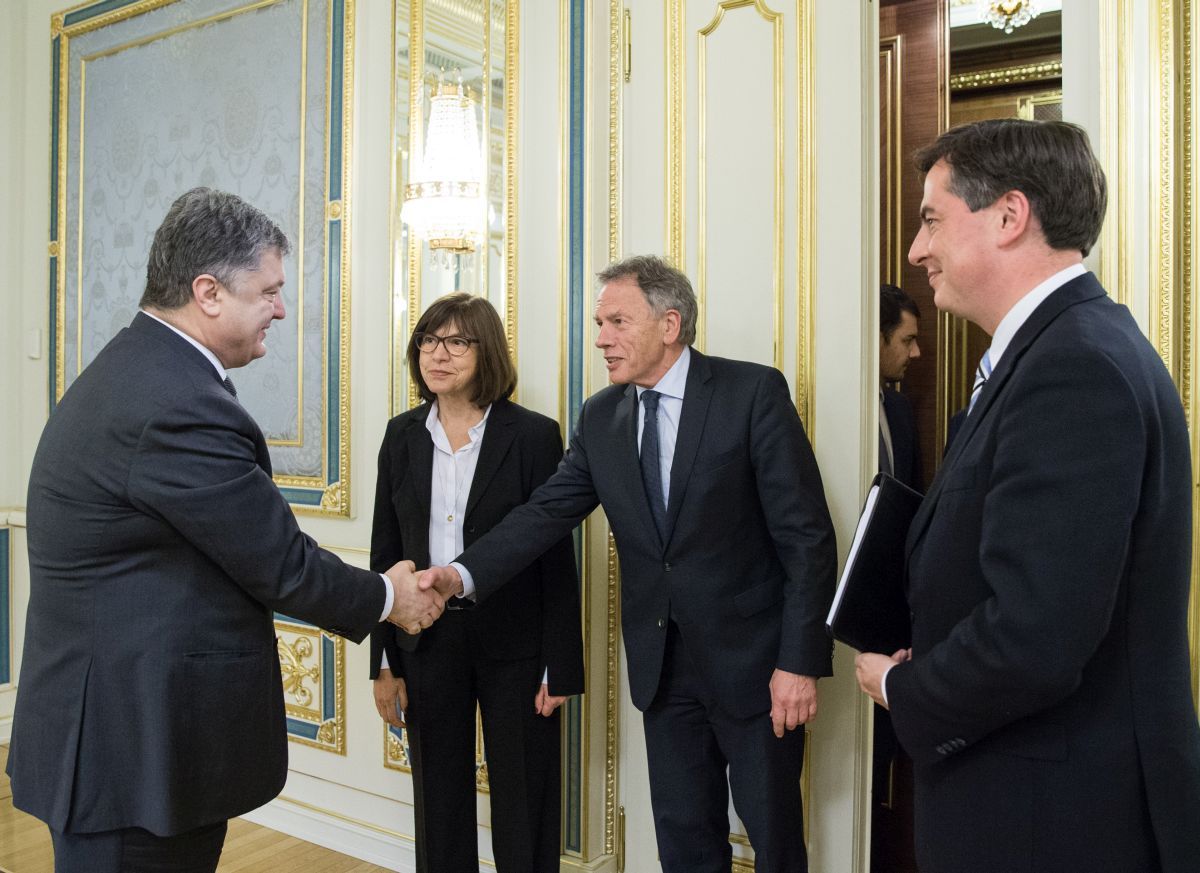 "This has become a clear confirmation of a powerful support by the European Parliament for the European future of our state," Poroshenko said, the press service reported.

The parties denounced recent actions of Russia aimed to destabilize the situation in Donbas and undermine the peace process.

Read alsoPoroshenko addresses nation following EP visa lib decision for UkraineThe president praised an active stance of the European Parliament as regards the protection of human rights in temporarily occupied Crimea and support for the efforts on de-occupation of the peninsula and its return under Ukraine's sovereignty.

Read alsoEuropean Parliament votes for visa liberalization for UkraineThe parties discussed the prospects of completing ratification of the Ukraine-EU Association Agreement, ways to unleash the potential of DCFTA, including the approval of additional autonomous trade preferences for Ukraine by the European Parliament, as well as the issue of energy security of the European continent.

The parties also noted the urgent need to take concrete measures to increase the efficiency of countering Russian deceptive campaign in Europe.

If you see a spelling error on our site, select it and press Ctrl+Enter
Tags:Poroshenkovisaliberalizationpresident