U.S. asks G7 ministers why it should care about Ukraine conflict – media 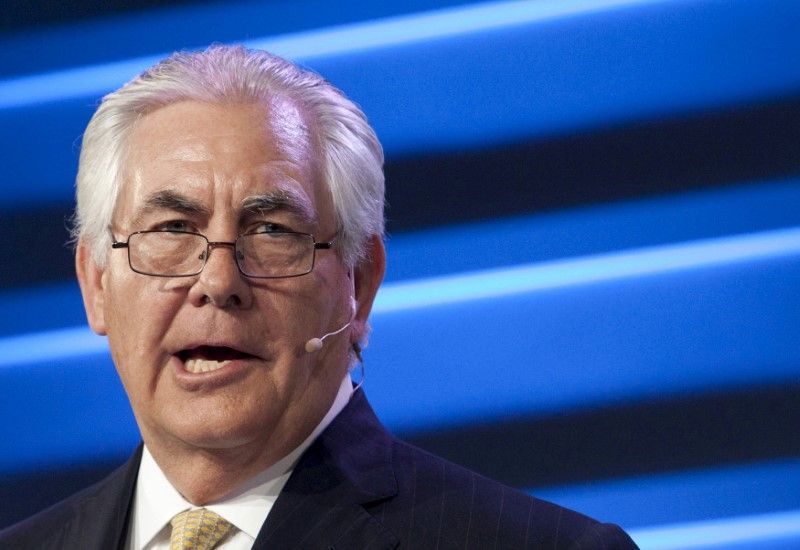 Ayrault told reporters he had replied: "It is in the interests of the U.S. taxpayers to have a Europe that is secure and is strong politically and economically ... You don't want a weak Europe, broken into bits and feeble," Reuters wrote.

Tillerson posed the question at a meeting of foreign ministers from the Group of Seven (G7) industrialized nations. The former oil executive flew to Russia immediately after the gathering and was not immediately available for comment.

Read alsoTillerson: Russia must choose between Assad and U.S. – mediaThe new U.S. administration under President Donald Trump has indicated it might be less engaged on the international stage than some of its predecessors, telling its allies that it would put U.S. interests first.

In its closing communique, the G7 said a Ukraine ceasefire agreement, struck in Minsk in 2015, had not been fully implemented, adding that Russia was not doing enough to help restore peace.

"Russia's behavior is not consistent with the rules-based international order," the G7 statement said.

"We remain united in using a wide array of foreign policy tools, including restrictive measures and sanctions, with the goal of persuading Russia to return to a path of shared respect of those principles."

Read alsoMcCain: Trump Administration "seriously considering" lethal defensive aid to UkraineThe West slapped sanctions on Russia in 2014 over its annexation of Ukraine's Crimea peninsula and its support for the rebels in eastern Ukraine, in a conflict in which more than 10,000 people have been killed.

Kyiv and NATO say Moscow has fueled the fighting by supporting the separatists with troops and weapons, a charge it denies.

German Foreign Minister Sigmar Gabriel told reporters a ceasefire was due to take effect over Easter.

If you see a spelling error on our site, select it and press Ctrl+Enter
Tags:RussiawarDonbasTillerson