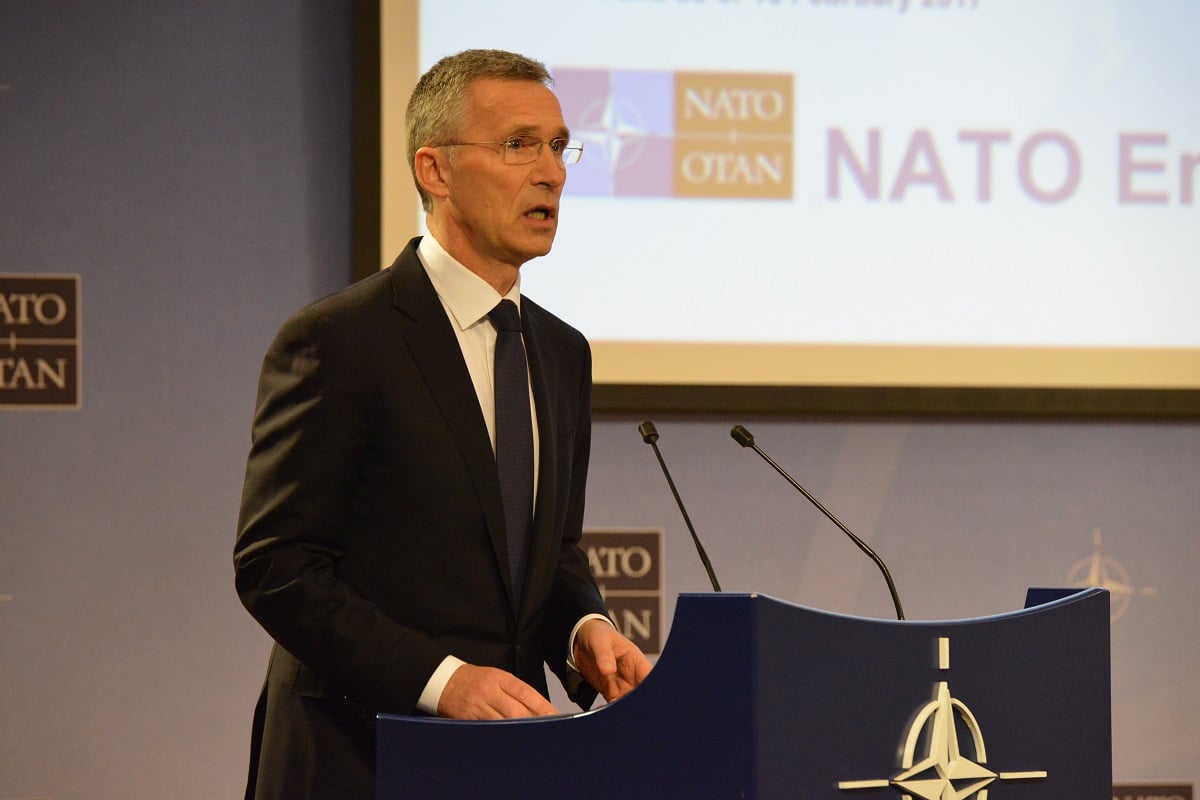 "We are concerned about the situation, especially in eastern Ukraine, and the fact that Russia illegally annexed a part of Ukraine – Crimea. And that is the first time since the end of the Second World War that one country annexed a part of another country in Europe by force. So this is, of course, serious for Ukraine, but is also undermining the whole idea of the rules-based order in Europe which has been so important for the peace and stability in Europe," Stoltenberg said on Thursday at the Elliott School of International Affairs, The George Washington University, in the framework of his two-day visit to the United States.

Read alsoNATO deterrence policy was not reason for Russia's invasion in Ukraine – Stoltenberg"So, NATO, United States, NATO allies, provide support to Ukraine, we help them to modernize their defense structures, the armed forces, the defense institutions, train them… So NATO, NATO allies provide political and practical support to Ukraine…" he said.

Stoltenberg added that the "illegal annexation of Crimea and support of Russia to the separatists in eastern Ukraine, the continued destabilization of the east of Ukraine is the main reason why NATO has strengthened its collective defense in Europe, making sure that no NATO ally experience anything like what Ukraine has experienced with Russia since 2014."

If you see a spelling error on our site, select it and press Ctrl+Enter
Tags:UkraineNATORussianAggressionStoltenberg